I began renting on a STR basis my attached (to my home) apartment at the end of February. One of my first bookings was a five day stay with a check-in a week out for a couple from the Netherlands. Within minutes, they realize that March is not September and ask if the dates could be changed to six month later. Ja natuurlijk! No big deal.

Fast forward to late September. They arrive, they both were nice during the ‘tour’ of the place which does include explaining the keypad lock and code, details of the place, etc.

The first night and next day are uneventful, but the second night I get a text, ‘we are having troubles opening the door. We entered the code but it doesn’t seem to work.’

Five minutes later, ‘We are in. No idea what we did but it worked.’ No big deal, again.

I bump into the male mid week and ask, ‘how it’s going, do you need anything, are you enjoying your stay, etc.’ All good. He does ask if he could borrow a vacuum sweeper. I mention that there is a stick style vacuum and an upright Hoover variety in the closet, which had been pointed out to them on the ‘tour’ on the first night. No big deal.

No contact until on day four mid-afternoon, it rained hard for an hour so I message them mentioning the location of a pair of umbrellas. ‘Thanks for letting us know! Hope we won’t need them when we get out again.’

After they check out, I get a message in which they loved the place, UNTIL the second day when they spotted roaches, large and small, dead and alive. The message mentions that for my benefit (?), on their exit, they put a glass over a number of the roaches to prove to me that there were bugs. Thank you so much.

I’m in the sub-tropics which is a petri dish for anything that grows. Bugs, insects, flora and fauna all do well here. Add rain and bugs come inside to visit. It is a way of life.

I was super apologetic, but thinking what can I do NOW since you are gone and you failed to mention this issue two-three days prior…

Well, I can clean up the mess you left. Patch the divot in the drywall caused by the end-table that crashed into it and REMAINED crashed into. And I could empty the recycle bins which were full of trash AND plastic bottles and lastly, dump the leftover food in the fridge. Oh… and re-plug in the four lamps. No big deal.

Oh, when I entered the apartment, there was one bug, not even a roach, under one of the eight inverted glasses. Clearly, our roaches are quite special to be able to lift a glass and escape. Ha!

They were awarded a so so review based on the condition of the place when they left. Perhaps it was jet lag that caused them to not pay attention to my ‘tour’ or the physical handbook that was on the counter which explains everything. They stuck it to me in their review, a 3.0 which took me from a perfect 5.0 to 4.88. SOB.

I’m not asking for suggestions as how to deal with bugs, or even this couple that expected this place to be Holland with nice weather. I just wanted to unload.

I really feel your pain on this. It resonated with me, for sure. All I can say is that your average will go back up and the pain of this one will fade away.

I wanted to vent last week about my HomeAway guest who - when she booked - said she was allergic to dust. It went downhill from there. It was just too much to type. She’s gone. I will never have to deal with her again and that is my solace.

Oh, thank you for not depriving me of a rant after @CeeBee 's disappointing post this morning.

Congratulations on the SuperHost badge!

I fear when I get something like this to happen to me. I have a perfect 5 as well and am also a new superhost as of yesterday ( no jinxies ). Maybe you can work something out with airbnb? Idk I haven’t had anything to complain about yet, again no jinxies lol.

As people there are times we make mistakes in life and just don’t realize it. But you have to make the best of it and move on and learn from it. Maybe they are new to airbnb? Maybe they don’t know the wildlife situation in your area. I know I didn’t expect to see lizards and stuff in Florida hotels as a semi common thing but it happens lol.
Hopefully you feel better about this moving forward. Best of luck.

You should have take a picture of the one insect, and called ABB to ask that their lying review be taken down (yours will disappear, too, but most importantly their bad one will be gone). Identify what the bug they found is, then post in a reply what it is, and that the home is in the tropics where insects will enter any time windows or doors are left open.

Australia- we have bugs! International guests do not get that this is the way it is. Yes, I could keep the 130 year old toxic bath, but I think that’s puts my health and theirs at long term risk.

I thought I know bugs since living in South Florida …not until I came to Africa. The variety , the size is incredible. After awhile you stop noticing them but In a begining …was quite terrifying . I stayed with local family and every time I would point and scream at a bug they laughed and named it. At the end of my stay I learned quite a bit about insects

Look on the bright side, now your 5.0 is gone you won’t have to worry about chasing it all the time.

They were from the Netherlands, so their review is on page two or so. Life goes on!

when she booked - said she was allergic to dust.

Being in a city centre we have a lot of dust blowing about, and inevitably it creeps into the apartments which is why we do a secondary quick dust/sweep on day of arrival. In fact, when the Siroco wind blows, we also have sand. Lots of it and all the way from the Sahara!

One of my 4* reviews was from a Dutch family - no complaints, no issues, and always “everything is great” during their stay, then a surprise in review (still no issue/reason). 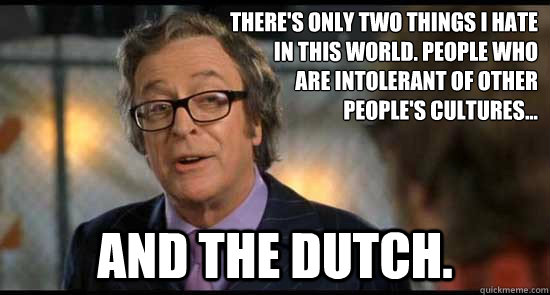 Aaww, no … we LOVE the Dutch and missed them this year because we got booked out by the French couples …

Oh… and re-plug in the four lamps. No big deal.

dump the leftover food in the fridge.

No, no, you don’t do that … that’s your next week’s meals. I love it when guests buy a dozen eggs when they’re only staying three days - especially as they always get the organic ones laid by happy hens. Omelettes for lunch for the next few days!

Anyway, congrats on the SH and nil illegitimi carborundum!

The only time I’ve ever unplugged a bedside lamp is when there’s not a free A/C outlet by the bed to plug in my phone charger (or laptop charger). I encountered it so much in my travels that I setup my listing so that every nightstand in all 4 bedrooms has 2 USB ports and 2 free A/C outlets on top of it. I see this is getting common in hotel rooms now, too.

In my listing, my guests very frequently plug the floor lamps into different outlets. I have the floor lamps plugged into outlets that are controlled by wall switches. I know what happens: the guests turn them on with the switch on the wall, then turn them off with the switch on the lamp, then wonder why they don’t turn on with the wall switch or vice versa. Of course, I go over that in the house tour… Now it’s just something to check on my final pass through the house after cleaning.

now your 5.0 is gone you won’t have to worry about chasing it all the time

So true! We got a 4 from a twit of a guest and my thought is that now we look like a real house, not a fake listing. (Plus, her review makes her look like a nutter, and my response was angelic) Score 1 for the good guys!

I also had a Dutch couple give me a low rating for no reason given. How can you screen to lower the risk of this happening?

I can’t imagine any way to do that.

However, you can talk with the guests during their stay to ensure—kindly—that they understand why stars matter to guests and to hosts.

I also had a Dutch couple give me a low rating for no reason given. How can you screen to lower the risk of this happening?

There are quite a few threads on here about the reason why the Dutch and the French often don’t give 5 stars. It’s partly attributable to the education system - nobody gets full marks. Ever. Because there’s always room for improvement. So it’s kind of ingrained. A “cultural thing”, if you will.

I’ve hosted many guests from the Netherlands and France (80+).
I have found it to be true. When I get a 5* from them, I dance with joy.

Here are some examples:

Deny people from certain country because of "bad" ratings

Is it ok to deny people from certain countries because of bad experience in ratings? I hosted around 45 people from all over the world. The only who gave me less than 5 stars were 5 dutch. If I would host more of the same a I am about to loose my superhost status as more than 80% has to be 5 stars. Thanks to them it fell to 88%. My general rating is 4,9. And any idea why Dutch rate differently to other nations as they always seemed to be happy with the place?

After one year of hosting....I have noticed a trend

Older people are harder to please and often give us a 4 star review (not 5 as per normal). The trend also is that people from France do the same. Just saying the facts. Thoughts?

I spent about twenty minutes putting together on paper my thoughts about the situation detailed in my initial post of this thread. The input from everyone here is appreciated and helped me put together what I wanted to say to Air.

I mentioned that besides people living here, so do bugs. Someone (the bad review guests) coming from somewhere that is 35° further north from the equator is not going to expect bugs and it wasn’t fair to give a low review based on what is a way of life here.

I asked that the review be removed as it was unfair.

When I called, the connection was great which was a relief and the CSR had great language skills. They allowed me to speak my piece and then gave me a boilerplate response. So they are going to review it.

Do you figure I’ll be hearing back from them?