Deny people from certain country because of "bad" ratings

Is it ok to deny people from certain countries because of bad experience in ratings? I hosted around 45 people from all over the world. The only who gave me less than 5 stars were 5 dutch. If I would host more of the same a I am about to loose my superhost status as more than 80% has to be 5 stars. Thanks to them it fell to 88%. My general rating is 4,9. And any idea why Dutch rate differently to other nations as they always seemed to be happy with the place?

No, it is very much not okay to deny guests because of their country of origin.

If I would host more of the same a I am about to loose my superhost status as more than 80% has to be 5 stars.

Looks like you’re choosing between probably losing (not loosing) your ‘superhost’ status and likely losing your Airbnb account!

Sure I don’t wanna lose my account. And actually I could tell a different reason. It is just strange as it wasn’t one experience, it is a pattern. All other 5 stars, all Dutch 4 stars and on some review options even less. And I am generally not rascist at all, I do host people from all over the world and I don’t differ between race or gay people or etc … I don’t have anything about Dutch, I met a lot when travelling abroad and always got good along with them, but in a way it affects my business. And I may get less guests because of “not so good” ratings. Strange situation as I really don’t like to be prejudgemtal.

And actually I could tell a different reason.

Doesn’t sound very ethical to me.

Incidentally, I’ve found Dutch and Scandinavians to be among the hardest to please - there’s almost always been something lacking in their satisfaction leading to a 4-star review. I suspect it’s the much higher standard of living (at least in the Nordic countries) compared to Britain and (non-Nordic) Europe. The most one can do is downplay the offering so they lower their expectations.

And what if you don’t get a 5-star occasionally. Is that the end of the world?

I’ve had rave reviews from all but one of the Dutch guests I’ve hosted. You could give a different reason, but when Airbnb caught a pattern of no Dutch guests being permitted to book with you they would cancel your listing.

Ethical hmm could be a point yes. I can generally host who I like to. It is my home and I am not forced to accept anyone in general. If someone has bad reviews or doesn’t give proper information, isn’t polite in the request. But I accepted till now all except one, the one was from my home country.

I am from Austria, close to Switzerland, our living standard doesn’t differ (at least) from Netherlands. Scandinavian may be a bit different. I am generally very cheap compared to other airbnbs in the region, and lack of “luxury” ( my place has a jacuzzi for the guests) is reflected in the price. And I do not only host out of economic reasons as I like to meet interesting people who like to travel. And on occassion you have really good conversations.

Occassional 4 star is not a problem, and I don’t care as I find it in a way normal to get it. Especially when hosting an certain amount of guests with time. I just still don’t wanna loose my status.

I didn’t do it till now and I actually don’t wanna do it general. I wouldn’t even think about it, if it wasn’t like till now all Dutch 4 stars, all others 5 stars. Just this seperation line in ratings. By the way thanks for the answers EllenN and Astaire.

If you refuse guests for nationalist reasons (whatever other ‘reasons’ you may give) you’re just another discriminator.

How would you feel if people wouldn’t book you because you’re Austrian, and we all know about that Austrian who tried to rule the world back in the 1940s.

It’s been discussed on here (and other places) that certain countries don’t often give 5* . Here is an example discussion:

What is it with the French and the Dutch and the 4/3 stars?

I know, I know. It’s been discussed before, But I’ve just received a review from a French couple who were delightful guests. We had a great chat and a laugh, they loved the room, blah de blah de blah. Recent Dutch guests were a similar experience. Reviews are 4* all round. Whatever. Personally, I think it’s fair. But Air thinks I have ‘Room for Improvement’ with the usual condescending message and yellow warning sign. 4* = Great. So what exactly is the f**kin problem here? I’ve “only”…

There are more but I can’t find them. The root problem is not with guests or their country of origin but with the obsession with getting 5 stars, in my opinion.

Thanks for your history lecture!

Thank you for the link. I didn’t read that before. Didn’t experience that with French though. I fully understand your point, I am actually not obsessed with 5 stars, but it may (as written by someone in the thread) be that everything less as 5 stars is considered “there must be something wrong with the place”.

Hi, yes I meant Airbnb’s obsession with 5* not yours! They (Air) have changed things over past months, though. No more yellow ‘room for improvement’ warnings when you get less than 5* and they’ve changed the guidance to guests on rating their overall experience. 5 is no longer ‘Fantastic!’ but a (grown-up professional) ‘Very good’. Of course we all just found out about this by pure chance and word of mouth. They didn’t bother to actually TELL us. Some things don’t ever change…

I’m a Brit, and I’ve had visitors from Scandinavia, Holland (so Dutch…), and from most of Europe, USA, South America, South Africa. Only two less than 5* reviews, both people from the US. Do I now discriminate against people from the States? NO. If I did, I would not have met some other wonderful people. You simply, morally, ethically CANNOT discriminate against someone on the basis of their nationality. Yes, I am enraged. I enjoyed the history lesson too.

If you are into history I could recommend some great books about British colonialism in Africa, Middle East and Asia or about the third Iraq war if you are more into contemporary politics. And of course about Austria’s role in WWI and WWII if you want to tell me something between the lines. Please let me know.

Again I only denied one guest till now, he was Austrian.

I was actually curious if someone had the same experience. And as I learned there was even a thread about that topic before. Nevertheless thanks all for the input!

I’ve had the same experience as you.

I can understand you @alpamayo, my only 3 star in my apartment at an art nouveau villa in Budapest came from a 20 year old dutch girl. I´m on instant booking, so I accept all the bookings. 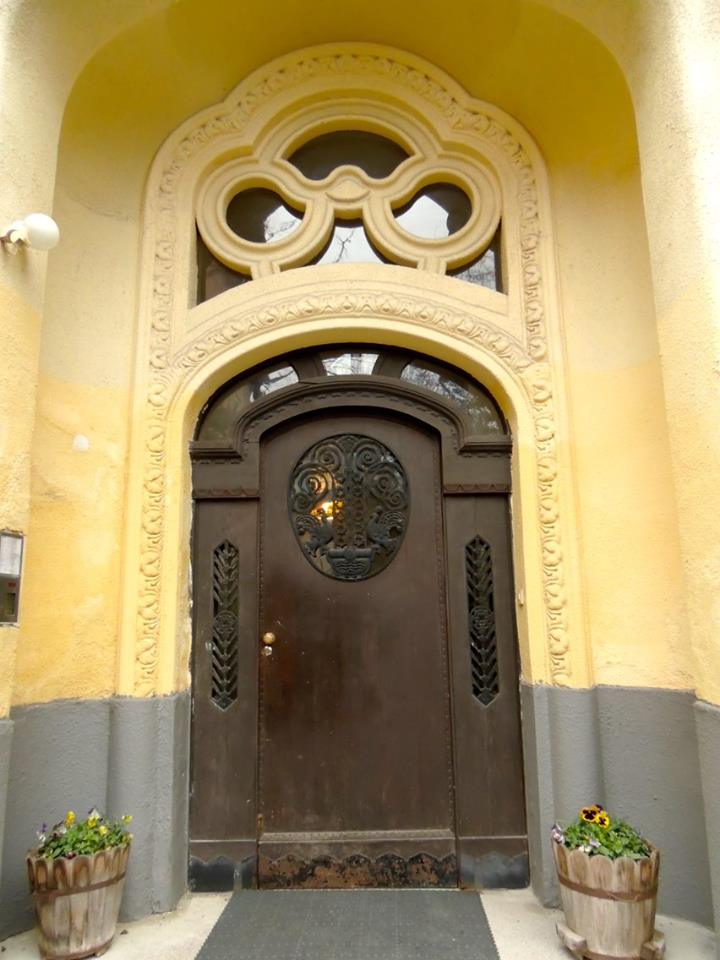 993882_10208517588202964_4059424596249823779_n.jpg720×960 75.7 KB
The small issue that she refers, was that could not open the door after entering the entrance code, because 100 years old doors are quite heavy…she was quite of embarrased after that, but never the less mentioned that in the review as a small issue, and could be interpreted as something wrong at the place…¨This is the review:
From the first moment on, we felt welcome. We were welcomed by Andrew, who showed us around and made sure everything was clear. The apartment is located on a beautiful spot, very central but in a quiet area as well. Everything was taken care off. There were some small issues, but we managed to solve them thanks to the direct contact we had with Mirta (via (SENSITIVE CONTENTS HIDDEN)). She was always there to answer our questions and provided us with tips and fun things to do in Budapest. All in all, we had a great time and were not let down by the apartment or Budapest. Definitely a place to return to!
1 Like
asimenia August 9, 2017, 5:54pm #18

Just kidding. Don’t worry, she’ll probably be great. After hundreds of guests I’ve given up on predicting anything. I don’t even bother screening any more because you just can’t tell about guests, not ever. No matter what they say or how nice they seem in messages, you can’t predict how it will actually be. Now I cheerfully assume that everyone will be horrible and hate my place, smile and get on with it. That way it’s such a nice surprise when most of the time it’s good!!

After hundreds of guests I’ve given up on predicting anything.