I thought I was being pranked

I got an instant booking a couple of days ago for April 3rd but I thought it said April 1st. It was at 1 am eastern time and I was asleep on the east coast. I rolled over, glanced at my phone and saw I had a booking for two people and the name on the account was Invisible Vengeance Visits. No prior reviews. I couldn’t tell if there was picture or not, it just looked blank. They also said they were traveling with two dwarf bunnies. I went back to sleep fully expecting the reservation to be cancelled by morning.
The picture on the account is this 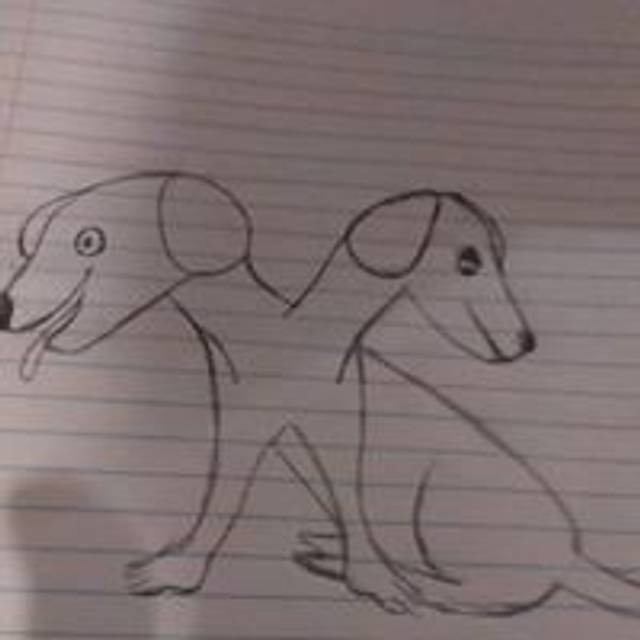 I awoke to see that the booking was still there. So I sent a straight faced message about the pet fee and said I’d given a little discount since they were just bunnies. I was also surprised to have them accept the change. I went back to check after I returned from my trip and I was a little disappointed to see they’ve changed their profile name to something boring like Steve and Debbie. But they still have this picture. They probably got pushback from some other host who wouldn’t book them with that profile.

As those of you who know me can imagine, I can’t wait to meet these folks. I suppose most of you would have cancelled or at least demanded a name and picture immediately. @Ken would have offered to make a stew of their bunnies perhaps.

Try this one @KenH

Sometimes called Conejo al Ajillo Cabañil, this is a very old recipe thought to come from the campo farmers when people cooked in their countryside huts or cabins, cabañas – hence Cabañil. Th…

@KKC, I hosted a fellow who brought a rabbit. I was worried that the coyotes here would leave a “Bunny Food” sign on the trail beneath a suspended Acme anvil, but it turns out my star rating is as important to them as it is to me.
All the best with Steve the Orthrus Puppy. I had no problems with Blade & Storm, who stayed a year ago.

LOL! They said the bunnies would be staying in their crates though I will offer some time out on the secure back lawn and lock the dogs up if I’m available. I just hope they don’t cancel. Airbnb must be running an ad campaign currently as I’ve had a spate of odd inquiries and reservations.

though I will offer some time out on the secure back lawn and lock the dogs up if I’m available. I just hope they don’t cancel.

That is really nice of you and please try your best to do it. Bunnies can get very stressed if locked up in small crate for too long and even die from it.

Their description was “2 dwarf rescue rabbits whom are potty trained and prefer to stay in their enclosure.” Maybe they aren’t in a small crate.

@Ken would have offered to make a stew of their bunnies perhaps.

Oh Yummmmm! I will be trying that!! Simple ingredients, simple preparation

I’ve never liked meat and so I’m 99.9% vegetarian but years ago, when I had a meat-eating husband and a young rugby playing son to feed, I used to cook meaty things. Usually cheap but nutritious.

Sorry to all bunny lovers but one of the casseroles I used to make, that I’d even have a few spoonsful of myself, was rabbit cooked in cider with sage. Deeeelicious.