How is the Superhost 4.8* calculated?

Secondly, from 5 bookings a month I am now getting 1 every two months. Looking at the website I think the PLUS bookings are massively promoted and that is the main reason, although losing Superhost may also be a factor (although I never saw a big increase when I reached superhost).

I always seem to get 3-4 years from a site before it goes wrong, before this it was Tripadvisor and before that HomeAway. Could it be time to try out booking.com?

What have you NOT been keeping up on? Is your place not as clean as it once was? Are things wearing out and you’re not replacing them? Have you become jaded with things and are not treating your guests, in every way, the way you did?

What categories were “bad” in those 3 star and 4 star reviews? Did you bother to do anything to correct the issues, or just ignore them?

My bet is that it is not the site that goes wrong after 3-4 years, but rather YOU. Maybe you start cutting corners, doing things cheaper, not paying as much attention to things.

Any chance you could answer the specific question asked, or do you just like ranting at people?

Try this thread and see if it has the answer.

How (exactly) is the star rating calculated?

Hey All, We’re trying to get our listing’s star rating from 4.5 stars to 5 stars after getting it back from Pillow which is a horrible service and got us a bunch of bad reviews. I know I’ll get back to 5 stars eventually but I would love to know how many more reviews I need to get back to 5 stars. My question is, does anyone know exactly how the star ratings are calculated? I did some calculations of other listing’s reviews and star ratings and it seems to be anything after 4.725 stars was 5…

Also, Airbnb is already calculating star ratings to the 2 decimal places and showing those ratings on experiences. So I expect those ratings to migrate over to the listings eventually. I believe that even in our post-truth world only 4.8=4.8, not 4.79. So I would guess they aren’t rounding up, there are too many superhosts as it is. 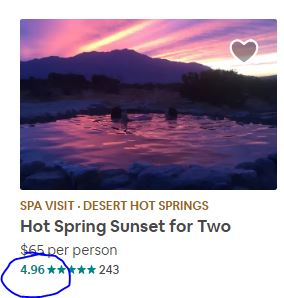 And you can dislike Ken’s very good advice but that doesn’t make it less true. The decline in bookings are probably due to a couple of 3 star reviews. Airbnb seems to drop lower ranked Airbnbs down in the search rank and then bookings suffer. Competition is increasing daily and there is little reason for Airbnb to have a guest take a chance with a 3-4 star host when there are unbooked 5 star hosts.

A number of people here using booking dot com. You can also use the search feature of this forum to find any posts that mention it. Often people abbreviate it as BDC.

Ken is not noted for his tact here. This is a shame really, as he often has very good observations to make, but people don’t hear beyond his bluster. His bark is worse than his bite; don’t be offended but perhaps give his contribution some thought?

Thank you - interesting. Perhaps they will clarify that the standard for superhosts is 4,80 rather than 4.8, that would make it clearer. Otherwise, saying that 4.79 is counted as 4.7 rather than 4.8 seems a bit harsh.

Regarding that guy’s comments, of course I am aware of those points. But that wasn’t my question. It’s a bit like if I asked what is the ideal number of photos for my listing, and “that guy” replies that I should stop focussing on photos and offer free taxi transfer instead if I really want more guests. It may or may not be true, but doesn’t answer the question, and therefore breaches forum etiquette imho.

I see you’ve been a member for more than 2 years but it doesn’t seem that you post often. In any case, it may breach some ideal forum - ideal etiquitte somewhere, but not here. For better or worse people frequently do not answer the question here. People here are determined to give you their opinion on how to solve the problem, regardless of if you want that information or not. And off topic posts are amusing and fun for some, infuriating for others. Unless it devolves into a pissing contest of insults or hate-speech, it’s generally a free speech zone here. Probably the best place to find straight answers without any shenanigans is the airbnb community forum.

Join the conversation and connect with other hosts who are creating a world where anyone can belong.

“That guy” is a regular and valued contributor who has helped many of us edit our ad copy and write factual non-emotional reviews of difficult guests.

A string of 3- and 4-star reviews is frustrating, but an opportunity to reflect and improve. I’ve been there myself and found Ken, Karma, and other regular posters here incredibly helpful.

It is the nature of many discussion forums @thesentinel that people respond to a question using their experience and expertise not just a narrowly defined question.

If you just wanted a black and white response, you could easily have found the information you were looking for on Airbnb’s Help Centre.

@KenH actually made a really useful point which was as you have said this is a pattern for you, why not look at why you are getting 3 or 4 star reviews. It seems like you saw this as a ‘rant’ because you didn’t like what he had to say.

A few people on here have mentioned a sudden drop in bookings from Air, I am one. I have had only 3 in the last month. But more from other sites I used to barely get any from. Given January is our Xmas-Summer high season it is usually the best time. I am full booked from now till Jan 14th but none of those was through ABB (just got one for Oz Day weekend Jan 26 from ABB) and I’ve had them on the books for several months. I am a 5(4.8) star SuperHo and come top of the rankings for my area so (at least in my case) that is not the reason. I checked my prices and dropped them and about average for this area. We also don’t have many Plus properties, if any, here.

Some things (apart from your rating or ranking) might include:

So there you go. All the excuses. Markets change and we have to adapt or die. Like others have with ABB taking off. Good luck!

Do you put a higher price on your listing on HomeAway to counteract their higher fees? I am trying to figure out how much more I should add.

I don’t initially but don’t discount on Homeaway. Their platform is harder to micro target rates for specific dates. So I tend to have equal rates on everything and use Airbnb to change rates lower if needed. Homeaway does charge you more in fees.

Should also add that many will read the host reviews rather than worrying about status. Fix any issues and your your stars will increase as well as bookings

Yes. It took me a while to work out I should do this until a guest told me it was cheaper than ABB where they had also seen my listing.

Uppercase Ken’s shouty post didn’t even make sense. Sounds like thesentinel has been hosting for years, with different platforms, but the same property - so if it’s the same property (that starts off successfully with a short term rent company), why would it have a repeated boom followed by bust? I don’t think they swapped platforms AND refurbished, and then sat back and watched it get dirty and fall to bits, because they didn’t “bother to do anything to correct the issues, or just ignore them”.
And if the bookings shoot up because of refurbing to change platforms, the host is aware of what caused the increase - so pointless to point it out.

Helsi said Ken’s alright, don’t shoot the messenger - but the colonel opened fire first. Smacks a bit of the ‘10,000 posts vs the 10 posts’ brigade. Karma even noted thesentinels low post rate. I was just as peeved as thesentinel when I saw Kens response. It happens on all forums, even if you are massively experienced in the real world, you can still be looked down upon if you’re a newbie on a relevant forum. A high post count can earn you respect, but should not give you the right to talk to someone in the style of post #2

Many hosts are experiencing a decline in bookings, to go for the throat and suggest they’re dirty, rundown and lazy seems a bit off.

I have a different perspective, I didn’t see anyone looking down on the OP.

And the only one mentioning dirty, rundown and lazy on this post is you

It is unusual for such an experienced host to get 3 or 4 stars. As you know ratings like this will cause your listing to drop in the rankings and therefore, as well as seasonal variations, lead to a drop in bookings at this time of year - and will lead to him gaining fewer bookings.

It’s therefore pertinent for @KenH to mention the reduction in stars as this is likely to be, at least in part, responsible for the OPs fall in bookings.

I’d also say the @thesentinel swopping listing co’s every three years is relevant. I agree when you start off somewhere you are likely to put in a lot of effort to gain good ratings, and even the best hosts can get a little complacent.

If the OP is now getting 3 and 4 stars such that he has lost his superhost status, it sounds like there are issues at his listing that might need his attention.

" Is your place not as clean as it once was?" (it’s dirtier)
“Are things wearing out and you’re not replacing them?” (it’s rundown)
“Did you bother to do anything to correct the issues, or just ignore them?” (not bothered, lazy)

I look forward to a drawn out series of posts Helsi, explaining exactly what is meant

These are simply your interpretations of what he said, I didn’t read his words in this way.

@Barns, could you explain exactly what is meant by calling Ken “uppercase” and “shouty?”

As for my reference to someone’s number of posts it was only in the context of “although you’ve been a member awhile, you might not know how this forum is.” I’m not in the counting posts as a valuable measure camp. In fact some of my very favorite posters are not the most prolific. It’s the posts that add value to the discussion, tell me something I don’t already know or that are amusing that are best. Perhaps your attempt to make fun of Ken is needed by someone here but I don’t know why.