So I had a guest with no reviews stay for 2 nights and decided to rearrange the whole 1 bed apartment. I mean everything! She took down an artificial tree in the living room took it all apart and stuffed it in the back of the closet. She would have moved the toilet if it had not been stationary. So frustrating as I am the on site host and do all the cleaning. Now I have to put the apartment all back the way it was. She moved couches and tables took decorations apart and redecorated everything. Who the hell does that? My landlord handles all the bookings and financial part. He allows people that have no reviews to book. I’m about ready to quit as the stress is not worth it. Ugh.

Who the hell does that?

My mom that’s who! I remember 20 years ago for a few years she would rent a different big house at the beach each year and rearrange everything, and forget where it was to begin with. She considers herself a professional stager and thinks she did the hosts a favor.

Why?
Is it better or worse than it was? Is it because you are mad, or because its a mess?

Asking for a friend (mom)

In Mom’s defense, I am a real estate broker and she rearranged/staged one of my listings and it sold to the next person who walked in. Mrs. Seller was PISSED OFF that we had the nerve to move her stuff around (2nd home, had sat on market 2 months) . So does it look better or worse?

@RiverRock does have a point: perhaps the furniture was moved because it didn’t quite work where it was before. It’s hard to say. And then again, perhaps this was a very pedantic guest who is very particular about feng shui and stuff like that. Either way, she didn’t damage anything and from what you are describing, she did leave the place clean.

When this has happened to other hosts, they’ve added a house rule to either not move the furniture, or to make sure to move it all back where it was before checking out. One of the issues with them moving furniture is that they can scratch the floors or bang up the walls.

I appears that some guests have a compulsion to make the place their own in terms of layout while in residence.

On the other hand, I read a host post once where she said guests had moved one piece of furniture so often, and to exactly the same spot, that she realized it was probably better there, at least as far as guests were concerned.

a plastic tree is a bit annoying too

Exactly, if it can be taken apart and put in a closet it’s not a tree…

I point your dissatisfaction out in the private review section and suggest that she get permission with future bookings. The only really good reason for rearranging major pieces is if someone is constantly bumping into them.

Is the new arrangement workable or maybe better? If yes, leave it and roll on.

I agree. It is a pain for our cleaners. It happens a lot in our properties in Los Angeles (we have about 14 in the greater LA area). Seems to be a lot of YouTubers and other entertainers rearranging things to suit their ‘set’ better. We don’t mind it as long as nothing is damaged.

Remember if you’re still cleaning your own homes, you’re doing it wrong. Time to level up.

I’m about ready to quit as the stress is not worth it. Ugh

Then do so. If guests rearranging furniture annoys you so much, then it might be that this is not the career path that’s right for you.

Guests do that. It’s no big deal.

She took down an artificial tree in the living room took it all apart and stuffed it in the back of the closet.

I would have probably done that too. An artificial tree???

Remember if you’re still cleaning your own homes, you’re doing it wrong.

Yet another asshole statement from Mr. Know-it-all. You’re not a host at all, you’re a property manager. Of course property managers have cleaners. Most of us here are actually hosts.

Remember if you’re still cleaning your own homes, you’re doing it wrong. Time to level up.

WTF GOD? I knew I didn’t believe in you.

When my upstairs was an apartment, one tenant told me feng shui of the whole house was wrong, with the door facing south when it should face east, so she had to put up a wall hanging of a sunrise at the east end of the hall, and put a black curtain on the door to the main entry stairway. She always used the back entrance, an enhanced fire escape.

She was the reason why I outlawed incense in the house. It took months to get rid of the odor. If the feng shui was all wrong, why was she renting it?

I feel your frustration! As @muddy stated, this has happened to me so often that I’ve changed my house rules to include a requirement to replace all furniture (and items) to their original location. All of our furniture is very heavy. I have a single cleaning person and we have to bring in a 2nd person to move furniture back into place.

I have a very narrow, long living room with the TV on one end and the fireplace on the other (front door is in the middle of the room.) I have two swivel gliders in front of FP that can be turned to watch TV. There is seating for max guests at the TV, but guests often drag these heavy chairs (across my wood floors) to the other seating area. 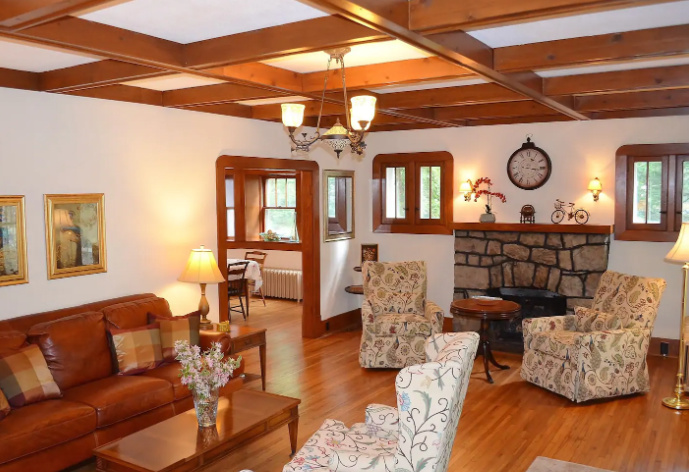 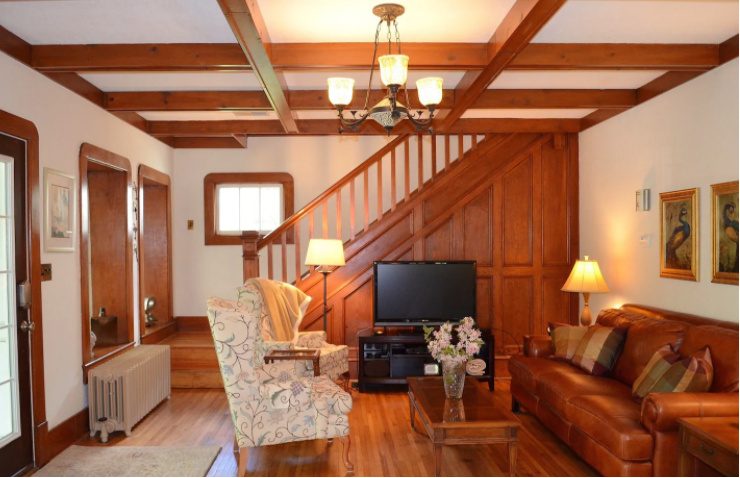 As @RiverRock suggested, I’ve looked at various ways to arrange this room, but any other option blocks the path to the front door or the stairs.

We’ve seriously considered drilling them into the floor!

feng shui was all wrong

It is about perception, by using the wall hanging and the back door she improved her perception, therefore the feng shui was corrected for her

TV on one end

Take out the TV, put it in the bedroom. The fireplace is the focal point of that room.

Tv is so last century, that will free up some space.

It actually looks worse. The flow if traffic coming in the front door is blocked because she moved the couch into the middle if the living room. A large mirror that was positioned in a safe place so children cannot pull it over was moved into corner of livingroom. A tall corner stand in bedroom with a lamp was put on its side at the foot of the bed with a curtain that she dug out of storage in the back of the closet put on it. The lamp was put in the closet. We are in the mountains so I decorate accordingly. A 5ft narrow artificial pine tree with pinecones on it was taken completely apart and shoved in the back of the closet with the pinecones just thrown all over in closet. The leaf for dinning table was taken out of closet and put in table and the cloth was hid away in linen closet. It’s a very small apartment and we host a lot of families with small children so I try and keep candles and other decorations up out of their reach. What she did is just not safe and no it definitely does not look better.

It looks worse. I understand feng shui and proper furniture arrangement especially for small spaces. The couch (a sofa sleeper) was originally against the back wall but she moved it so it now blocks the flow of traffic. 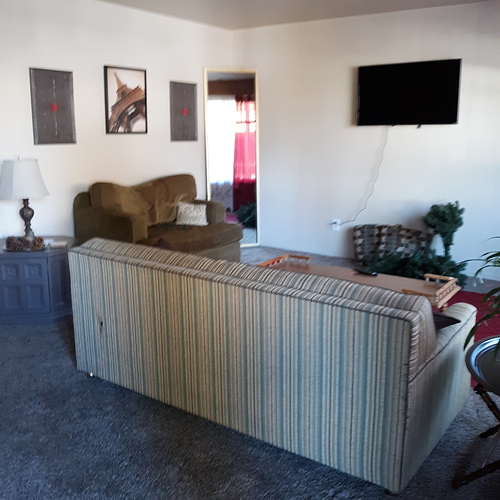 No I think she was high on meth cause she was awake all night with all the lights on in the apartment. I can totally understand someone wanting to move some things hear or there but this was uncalled for.

No it’s not better. The couch now blocks entry into living room.