Remember the demanding guest who complained about the cat meowing (see the thread lower down on the front page)? She cancelled her reservation partway through her stay, and despite my strict cancellation policy, I refunded her for the unused night. It’s now been 16 days, and I received a message from an AirBnB case manager saying she’s filed a claim for a refund of an additional night (the night she left after midnight). I have already received a message from a case manager 2 weeks ago telling me that any refund is up to my discretion and that she was required to file a claim within 24 hours, so AirBnB would tell her she does not get any refund it she files a claim later on.

What’s the best approach here? It appears that the new case manager is taking her side and asking me to refund her for a night I couldn’t have possibly rebooked and where she left 14 hours after checkout time. My plan is to send screenshots of the previous case manager’s communication, remind him that she left middle of the night, and send a screenshot of the text message she sent stating that I had taken care of the other issue she complained about. Anything else I should do? Should I message the previous case manager who took my side?

I’m not sure but I’d be tempted to do the least possible amount of work at this point because you already did the work once.

Of course they are, they almost always do. But then again, maybe they are just asking. One would think they can see all the records and communication attached to the reservation but we don’t really know.

So I’d reply “no refund, see previous records on this guest.” I guess I’d attach screenshots of prior communication if I had them handy.

Oh and you did mention this all in the review right?

What would be the reason to give the refund? The review window is closed by now.

The review window is closed by now.

False security on that - Airbnb may still give the guest a refund. They reversed an EC claim on me 3 weeks after the fact and took the money out of my payouts. It really didn’t qualify as an EC and it had been already decided (and I provided screen shots) and they still did it. Luck of the draw at the CS line

Do you mean that the review window was extended longer than 14-days? Fear of a bad review is the only reason I can think @GardenFairy would refund the first night. Otherwise, I don’t see a reason not to say “no refund.” AirBnB might override and force the refund, but they might not. If she agrees, she’s definitely out the money.

I was just saying that. There’s definitely no reason for her to give up the refund from her side.

One would think they can see all the records and communitcation attached to the reservation but we don’t really know.

I’ve proved this on several occasions, by asking CS to read through the messages rather than have me blither on at them, particularly if the issue is complicated and/or I am exhausted. I’ve never had someone refuse to do so and I think being able to read a factual thread helps them come on board.

Just. Say. No. If a case manager calls and asks you if you’ll give more just say NO. What part of NO does this former guest not understand??

by asking CS to read through the messages

I meant determinations by CS that might not be visible to us on the message thread, sorry for the confusion. I’ve had a number of phone conversations with CS in which things were said that didn’t get typed into the message thread. I’m specifically thinking of recently when I had a third party booking (as detailed in a post here). I kept trying to explain to the “case manager” that I’d be giving a full refund and he kept trying to tell me the refund would be based on my moderate policy so would only be 50% for one day. I finally just gave up and said “okay.” Then I did what I wanted. None of that exchange is in the message thread but they might have access to a record of it (such as a transcript of phone convos).

The review window is closed by now.

False security on that.

They may still refund the guest, but there’s no way I’m going to believe that Airbnb is going to allow the guest to to either post or modify a review after the 14-day review period closed. I don’t believe even the most competent customer service person at Airbnb could figure out how to allow it to happen.

the reason to give the refund? The review window is closed

I thought Xena was saying “why would Airbnb offer the refund to the guest since it’s been more than 14 days”. I must have misinterpreted and poorly explained what I meant (hahah batting a 100) but, no, I was never suggesting Airbnb would extend the review window. But they may still give the guest a refund. It never occurred to me that @GardenFairy would give the guest a refund at this point (crazy idea) so we were just on different pages.

Just. Say. No. If a case manager calls and asks you if you’ll give more just say NO. What part of NO does this former guest not understand??

And true. Message the 2nd CS rep and tell them to look it up. No mas dinero por las mujer!

I keep cracking up every time I see the title of this thread. The guest is now branded the “cat hater.”

My boss gave her boss this book last week: 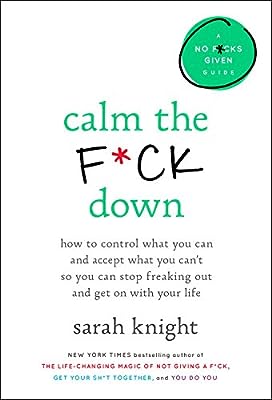 Calm the F*ck Down: How to Control What You Can and Accept What You Can't So You Can Stop Freaking Out and Get On With Your Life (No F*cks Given Guides)

I haven’t read it, but I think it should be required reading for hosts, based on the title alone.

My boss gave her boss this book last week:

I guess it is the update to Don’t sweat the small stuff and it is all small stuff. 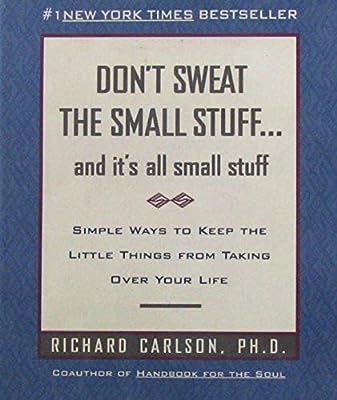 Oh and you did mention this all in the review right?

Well, unfortunately I had drafted a review warning other hosts of her entitled behavior and attempted extortion, and I planned to post it at the last minute to avoid having her post a review, but the 14 day period ended at 1:30 am and I slept through it. I’m annoyed that I can’t warn other hosts now, but at least she didn’t post a negative review of me either.

What part of NO does this former guest not understand??

Clearly she thinks that checking out at 1:30 am entitles her to a refund of the whole night. As if I can clean the room and rebook it same day? I don’t know that I want the type of guest who needs a last minute booking at 1:30 am.

Well, the good news is that all is well (I hope for good this time), as the second case manager has closed the case in my favor! I sent screenshots to the second case manager with proof that the first case manager already said that she was too late for a refund, I included a screenshot of the off-Airbnb text messages she sent me saying that everything was ok with the other issue I had resolved, and a copy of the email showing she checked out at 1:30 am and therefore had made use of the night she wanted a refund for. None of her complaints were ever documented in Airbnb because she insisted on texting me on my phone instead, and perhaps that worked against her since there’s no evidence through Airbnb of any issues until now. The second case manager agreed that she is not entitled to any more refund.

I just hope that she can’t keep calling and filing claims until she finds someone who agrees with her.

I’m glad this worked in your favor. As an FYI, the review window closes 14 days from the moment you get the first “please review guest” email. It does not close when the guest actually checks out.

As an FYI, the review window closes 14 days from the moment you get the first “please review guest” email. It does not close when the guest actually checks out.

Thank you, I do know this. The “please review guest” email came exactly 24 hours after she cancelled the reservation at 1:30 am. Those emails must be sent out differently for cancellations, because for all other guests I get the email sometime in the afternoon a few hours after checkout time.

THIS is the major reason I don’t believe in waiting to post a Review. It’s far, far, too easy to forget that down-to-the-last-minute kind of thing amid all the other stuff going on at your listing and in your life. Just Post already!!! I have yet to see, in 3 years on here, anyone who can positively point to a “last-minute” Review Post that has actually, positively gained them ANYTHING!

Well, unfortunately I had drafted a review warning other hosts of her entitled behavior and attempted extortion, and I planned to post it at the last minute to avoid having her post a review, but the 14 day period ended at 1:30 am and I slept through it. I’m annoyed that I can’t warn other hosts now, but at least she didn’t post a negative review of me either.

Since it’s a double blind system - post reviews earlier. They can’t “retaliate” and then other hosts are warned.