Airhost forum jinx: I was overdue for another "problem"

As my synchronal luck would have it, the Airbnb fairy sent me a couple of minor issues to handle yesterday.

I was taking a mid afternoon nap yesterday when a text arrived from an unknown, un ID’ed number asking what was the earliest they could check in. The person texting didn’t id themselves. I was awakened an hour later by my doorbell ringing. A man was there saying he was having trouble with the lock and could I help him. Groggy and an hour before my check in time I was quite disoriented. My expected guest looks like this 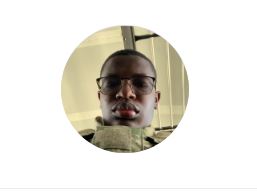 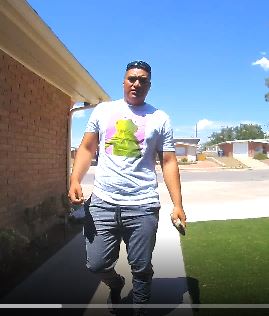 So the lock doesn’t work, it needs to have the batteries replaced probably. I use the key to get in, and tell him I’ll switch out the batteries while he’s out. When he returns I offer him a couple of beers to thank him for his patience with the lock situation. Given my disinterest in people’s looks and pictures I don’t give the discrepancy between pictures much thought until later in the evening.

Last night I decide that the man in my airbnb room isn’t the person who booked and he isn’t the boyfriend of the man who booked because the guest is mentioning going to the airport to get his girlfriend. I decide to wait until this morning and see if the man who booked shows up during the night. He doesn’t so now I have a third party booking on my hands. I’ve had them before but it was always disclosed in advance, basically they had my permission to book.

Some people follow the strategy of having Airbnb solve their problem for them from Denver, the Philippines or wherever. I have advocated that hosts solve these issues themselves and now given the opportunity to follow my own advice I did so. This is what I did.

Step one: contact the booking guest and ask for an explanation and tell him I’ll be contacting Airbnb simultaneously. No anger, no accusations or threats just a request for information and an advisement that 3rd party bookings are a policy violation.
.
Step two: call Airbnb to get the situation on record. I’m advised that 3rd party bookings are not covered by the meaningless guarantee and are in violation of policy. Options are discussed. I’m advanced to a case manager. At no point am I encouraged to honor the reservation anyway.

Meanwhile I hear back on the platform from the guest who apologizes, and says he was just trying to help his friend who was stymied by Airbnb when he tried to book. I completely believe it because Airbnb can be a real PITA, especially with the verification process.

Step four: I message the man actually in the Airbnb and tell him we need to discuss his reservation. Now it’s his turn to be awakened from sleep and disoriented. At first he doesn’t seem to realize the reservation isn’t in his name or thinks he has to lie about it. I just tell him not to worry that we will work it out and I’m not going to be kicking him out of the room.

Step five: It takes about 20 minutes of the guest and I working in tandem to get him reserved for the two nights for two people (that girlfriend is still coming over eventually). He reserved for only one night at first then couldn’t see how to change it but then changed it but only to the other night. Eventually I was able to change the dates and number of guests and give the special price because I’ve already been paid for most the reservation.

Conclusion: extra work but the guest is happy and I’m covered by Airbnb. I’ll get a few extra dollars for my trouble.

Good job to handle this so professionally. I would probably be intimidatesd.

I would probably be intimidatesd.

I was thinking of the scene in the Matrix where Neo is dodging the bullets. The people firing are members of the forum. LOL.

I’m glad all worked out. I hope you poked the bear and asked the renter, “Did you think I wouldn’t notice the guest didn’t match the picture?” I’m a bit miffed that he assumed you wouldn’t.

I hope you poked the bear and asked the renter

I believe it was a genuine mistake. He said he didn’t realize it was a violation. Of course he didn’t read everything. If we eliminate all those guests who don’t read we have no guests. And even if intentional I don’t really see the motivation as nefarious.

the Airbnb fairy sent me a problem yesterday, actually a couple of problems

Hate to burst your finally-in-the-club bubble, but I’m not seeing a problem here. There was a situation with the potential to become a problem, maybe. But no actual problem.

At some point you realized that you had a third-party booking on your hands. As you said, you’ve had them in the past, presumably without problem, so instead of creating a problem you took the opportunity to educate your guests in a non-confrontational, non-accusatory way.

Thanks for doing that.

Nobody said STFU. They just suggested that posts in response to hosts with problems that essentially state “Well I’ve never had a problem so you must be doing something wrong” are not very helpful and actually do not reflect very well on the poster. That’s all.

I understand the point but don’t agree with it.

It’s good to know that you understand the point. It’s a bit disappointing, however, that your disagreement with it is rather aggressive. I wasn’t going to say any more on this subject but I won’t be cowed by your “cheerful” resurrection of it and your usual cavalier insult at the end of the post.

On topic: I’m glad you resolved the issue so well. I completely agree with all of your lessons, particularly 1 and 4.

To late. You’ve been marked down on accuracy.

Sorry if some comments don’t make sense in the new context.

Geez… I you call this a “problem” already…

Then must agree with some members here… you never had any hosting problems.

where , on the traveler and booking front facing information, does Air make it loud and clear to the searcher that a 3rd party booking is unacceptable?
Does Air need to be more clear in their description on this topic.
It seems as though this is a very common occurence

Geez… I you call this a “problem” already…

Then must agree with some members here… you never had any hosting problems.

Thank you Chris that’s exactly what I’m getting at! (also CeeBee) Thanks for explictly stating the implications. I’m trying, not very successfully I admit, to cut back on some of the snarkiness. My assertion is that I prevent problems from developing by following a variety of best practices. I always try to qualify my advice by pointing out my listing is different in some way, it’s not a separate home, I don’t host remotely, etc.

Every week we have posts here that indicate the following are issues or problems:
guests don’t read
guests messaged outside the platform
guests asked for early check in or arrived early without asking
guests don’t communicate
guests don’t give all the names of their party
lack of guest pictures
self check in issues
third party bookings
Complaints about Airbnb customer service
They ask what they do to make sure they don’t get a bad review because there was a problem (like the digital lock not working or a cat meowing)
These are all occurrences (thanks georgygirlofairbnb, good word) more than problems.

One could suggest they only become problems because the host doesn’t know what they are doing. But that suggesting will be met with howls of outrage about how mean and unsupportive some here are. I try to model good practices by sharing my experience. I felt that this story would illustrate how I practice what I preach with several instances in one story.

you never had any hosting problems.

I really haven’t had any major problems. Even the one where the police were called on a guest of mine wasn’t a big problem. If I hadn’t been called out on it in the public part of the forum and then also messaged about it privately when I ignored the public post I probably wouldn’t have even posted this story, I simply would have referenced it next time someone asked what to do about one of the occurrences that others see as problems.

There’s a new post today that is a perfect example of what I’m talking about: a very minor issue that the host seems stumped on what to do about.

on the traveler and booking front facing information

Great question. Even though I use Airbnb as a guest I haven’t noticed it. I don’t read the fine print closely when I book because I know all the polices already. But a new guy with no reviews (like the one who booked in this story) should be reading. When he says he didn’t know I just assume that means he didn’t read.

Hosts often make assumptions about their guests. It’s better for everyone involved when those assumptions are without prejudice, i.e., believing there’s no malicious intent on the part of the guest. This mindset allows for the opportunity to educate guests so that their future experiences with Airbnb are positive ones. And honestly, isn’t that to all of our benefit?

BTW, it is not lost on me that the guests in the situation you posted about are POC, and that a different host might have made very different assumptions, creating a serious problem for them. #AirBnbWhileBlack is a real thing, unfortunately.

POC, and that a different host might have made very different assumptions,

Yes. I didn’t want to mention it. Some people don’t believe me when I say I don’t care about pictures and you can’t tell anything about a person from a picture. I was just talking with someone yesterday about the advantages appearance/attractiveness gives people in society, even people of the same color and social class. I wish Airbnb would do away with pictures of hosts and guests altogether. I purposely switched out my picture to one where my gender is hard to determine. I’m at some distance pictured with two horses. Guests are much more likely to assume I’m male.