Interesting to see UK lockdown measures being brought in (much too late, why didn’t we learn from Italy, Spain, France and Germany) ?

We only closed our schools, entertainment venues, sports fixtures, bars and restaurants at the end of last week. From tonight we can’t go out in groups of more than two (unless family), only go out once for exercise locally, only key workers allowed out to work, only essential local travel for food/chemists. 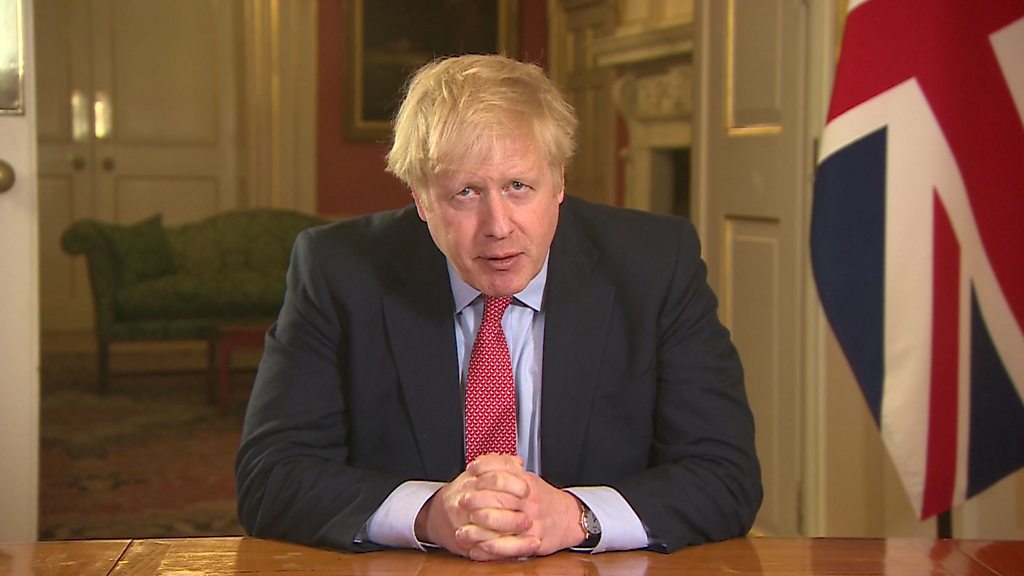 UK brings in strict curbs on life to fight virus

Boris Johnson is facing calls for clarity after introducing drastic measures, including banning gatherings of three of more.

When this virus first started, no-one including me saw how serious it was, or how quickly it would spread.

After seeing what happened in Europe and how it was escalating in North America, I took the decision a couple of weeks back, to close my listing for the next three months.

Now because people continued to travel to second homes, hotels, B&Bs and self-catering accommodation they have also banned this. However Airbnb is continuing to let UK hosts take bookings, contrary to this.

I do hope North America, Australia etc learn from our experiences and institute your lock downs ASAP

Sadly the person leading our country in the US is talking about lifting the bans and opening up our country. So our social distancing may have bee for nothing.

OMG I can’t believe he is doing that when you have one of the fastest growing rates of the virus in the world @Lynick4442.

So sad when people’s politics comes before the safety and viability of the country they run. I hear he is going against all the advice of your health and science experts.

For over 3 years our president literally changes what he is saying from day to day, hour to hour. He announces something in a nationwide address and then the White House is walking it back before Trump’s back in the residence on the 3rd floor. Every single thing he says can be taken with a few grains of salt.

Part of the problem is that he doesn’t care about the US or Americans. And as long as he is President there will be resistance and delays at the top to taking decisive national action. Because we are a large federation, states can take action. But a state has no power to close borders like an EU nation can. And we have lots of knuckleheads who believe they have a god given right to do as they please and the fate of the nation be damned. These are mostly supporters of Trump. So as far as collective or government action I think we will be stymied at every turn. I’m not optimistic in the short term.

KKK - I’m 100 percent with you on this. I have been trying to leave my political beliefs off of the forum, (Trying) but I’m glad you spoke up. He is actually putting his and his cronies economic priorities over the countries health. He pretty much has implied that the economic collapse is more important that the deaths that will arrive. 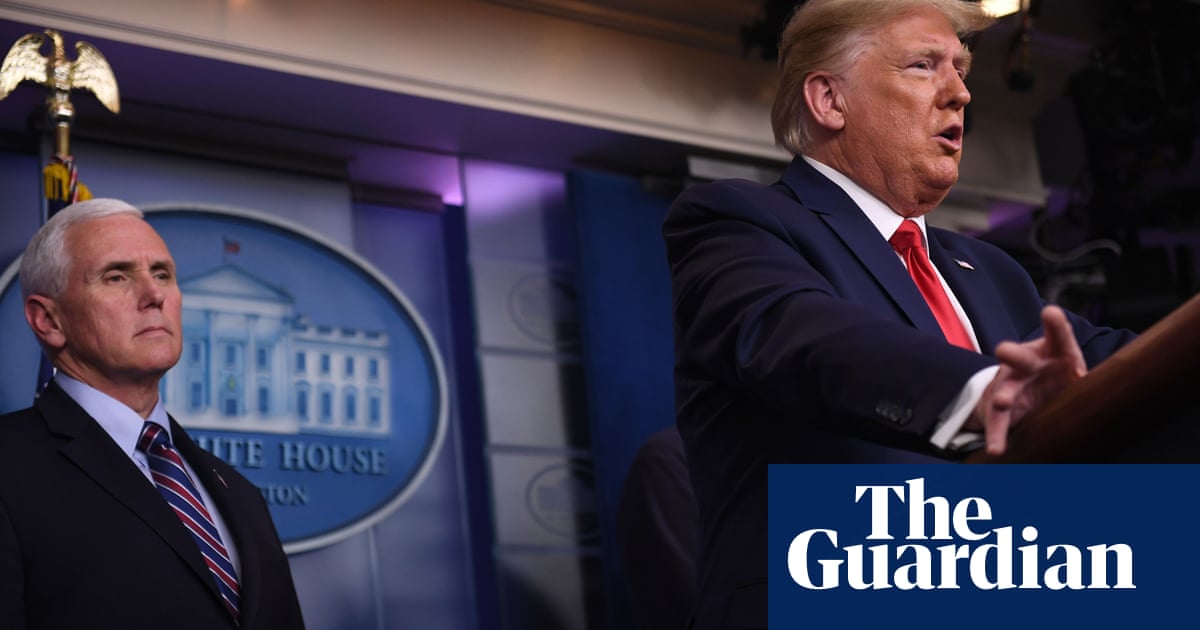 Trump tries to blunt criticism of Covid-19 response as US cases pass 33,000

President said national guard will provide aid, and that he had approved disaster declarations for New York and Washington

I understand. I too am trying to temper my temper. But the fact is, that’s the facts. He literally changes each day and Republicans are well known and self admitted opponents of “big government.”

The Lt. Gov of my state, TX, said yesterday that the elderly should be willing to sacrifice for the good of the economy. It’s not a secret, it’s not my opinion. It’s what he said aloud.

In other news, China is ending their lockdown. I’m holding my breath hoping the virus doesn’t flare up again. If it doesn’t maybe we see a road map for the future. If it does, that is bleak news indeed. Of course I don’t trust any information from the Chinese government. Maybe they, like some GOP here, have decided that a few million deaths is not worth destroying the economy.

What the Chinese did is temporarily suspend the spread to build up the infrastructure to handle the virus.

They build huge hospitals and improved and increased testing and patient tracking.

Now they will be able to handle and quarantaine individual cases instead of doing a complete lockdown.

They looked very closely at how Taiwan handled the spread, with almost no deaths, and how Germany, Austria and some other European countries are now handling it.

have decided that a few million deaths is not worth destroying the economy.

A recent snippet from China is that just under 13 million mobile phone contracts were terminated in China in February. Given how much mobile tech is used to control the population, one can only speculate why this is so.

He pretty much has implied that the economic collapse is more important that the deaths that will arrive.

Call me a hardened cynic, but I wonder is he’s keen on engineering a scenario where those populations unlikely to vote for him in November are dead.

on engineering a scenario where those populations unlikely to vote for him in November are dead.

I’m not much on conspiracy theories of any stripe but I’ll play. The most endangered in the US are older people and red hat deniers in southern and midwestern states. This is where Trump’s support is strongest oh, and Mega churches still filling their pews with Trump lovers as recently as 15 March.

Young people like spring breakers don’t vote for anyone. Poor people who may be hit the hardest regardless of age are much less likely to vote. Men have a higher mortality rate than women and Trump supporters are disproportionately male.

Based on what we know now, populations most likely to vote for Trump will be dead in this dystopian story. Don’t be fooled by the early epicenters like WA, CA and NY. They acted quickly relatively speaking. FL, TX will probably be next.

Call me a hardened cynic, but I wonder is he’s keen on engineering a scenario where those populations unlikely to vote for him in November are dead.

On a dog walk this morning (practicing social distancing, of course) my friend mentioned that he he starts up his rallies again, he can have his supports all get infected. We laughed but your comment reminded me of this.

Based on what we know now, populations most likely to vote for Trump will be dead in this dystopian story.

I have been trying to leave my political beliefs off of the forum,

At this point it’s pretty much impossible to talk about the US response (or more accurately, lack of it) to the pandemic without involving politics, because the response has been based on politics, rather than science, and the actions of a deranged, incredibly stupid man who cares for nothing and no one but himself. I predict that the US will end up with the highest percentage of cases and deaths by the time this is over unless something drastically changes.

Pretty much what I thought after returning from my trip which is why I laid in 3 month supply of everything. Prepare for the worst and hope I’m around for people to mock later.

So sad when people’s politics comes before the safety and viability of the country they run. I hear he is going against all the advice of your health and science experts.

Yes, he puts the economy, stock market, and large corporations above the well-being of the American people. He doesn’t listen to doctors and scientists. He even made a stupid comment yesterday to the effect of, if he let doctors decide they’d just lock down the country for 2 years and we can’t have that.

Yes, he puts the economy, stock market, and large corporations above the well-being of the American people.

Actually, he isn’t doing that, either. He puts his own personal well-being above everything. The only reason he cares about saving the economy is because it directly affects him, both in terms of $s and politics.

Lockdown is NOT working in the UK…here in the South West there is an influx of second home owners (mainly from London and the system will not be able to cope with them…What they do no realise is that they are putting their own lives in danger possibly more than the local community!!

Are they still coming down @sarann. The government made it illegal in the Corona legislation passed last week.

It’s amazing how many people from London went to their holiday homes in Devon, Cornwall, Wales, Norfolk, Kent etc.