The way NOT to deal with guests who 'overstay'

No I just saw the towel one and unsubscribed to the group in disgust.

Wow quite the cast of characters. Is this a STR home? Sounds like the landlord was desperate and didn’t think about her actions at all.

Reading the novel on Facebook, the owner did not give the real information about the letting arrangement and got buckets of incorrect advice, which she followed…

got buckets of incorrect advice, which she followed…

Yep, Yep And now folks are backpedaling saying we never told her to do anything like that!. Um, yes they did!

And now folks are backpedaling saying we never told her to do anything like that!. Um, yes they did!

This is exactly why blacklists and blacklist forums are a terrible idea. And all those people handing out the bad advice could be sued (I’m not so sure successfully, but still). It’s unprofessional and it’s wrong. And if this site ever hosts such a thing in the public part of the forum I’m out of here.

And all those people handing out the bad advice could be sued (I’m not so sure successfully, but still).

I think that’s why she (the property owner at the center of this mess) took down her posts, I’m guessing at the prompting of her attorney.

At least, I hope she has an attorney advising her.

took down her posts, I’m guessing at the prompting of her attorney.

Ha, yeah. Like no one has screenshots of them. LOL. Brilliant landlord.

Every guest who stays with us has a blacklist page. Thumbs down, poof. Can never book again. What more is neded?

Or even a real estate professional who understands the laws in that state. The number of people chiming in on Facebook with some really bad advice was unbelievable. No reference to the possible tenancy laws in that state, but neither was the OP being upfront with the reality of the situation.

I had a hoarder with mental health issues and paranoia. She would complain about maintenance, but would not allow my trades people access.
She had caseworkers etc, but they were no help managing her issues. Complaints from neighbours when she was very unwell. Daily visits from the police after she complained of imaginary harassment. It took me from July to the end of January to legally get her out. The only positive thing was that she continued to pay her rent as she thought that while she was paying, I could not push her out.
Two sheriffs, police and a lock smith…and then came the drama, hysteria and accusations. Including killing her multiple cats! And months and months of phone calls and texts from various phone numbers.
One of the main reasons I do STR. I don’t want to be involved in my tenants lives!

As has previously been discussed, that’s not true. In particular I’ve written about a woman who had about one third bad reviews and was still being hosted. She IB’d me but I wasn’t willing to take a chance and I canceled her. I’ve just looked her up and she is still staying in Airbnbs. It’s the craziest thing I’ve seen on Airbnb. Well one of the craziest guests, I’ve seen some hosts who will set your hair on fire, metaphorically speaking.

That is disappointing because I called to ask and I was told that all I needed to do was give the thumbs down and my property would never show up as available again for the guest. So that is what CS is telling people.

all I needed to do was give the thumbs down and my property would never show up as available again for the guest. So that is what CS is telling people.

Well maybe that guest for you but that guest can go stay with someone else. The purpose of a blacklist is for you to keep the guest from staying with me, not with you.

But that is what the written part is for. You tell me the guest used every bit of toilet paper, tissue, paper towels, and paper napkins and it took three times as long as normal to clean up, and I then get to decide. I see those reviews I am throwing that “uncomfortable” card and having them cancel. Of course we know that doesn’t work if the host is too yellow to write an honest review.

Ohmigoodness. I think I know who this is… was in a host group on fb…

Me too. But I can imagine that there are one or two people who are thinking “good riddance, Jaquo, you’re too harsh”. But if @KKC and I are not moderating this forum, good luck

Here you go.
Some expert!
And I wonder how HER landlords are feeling today. 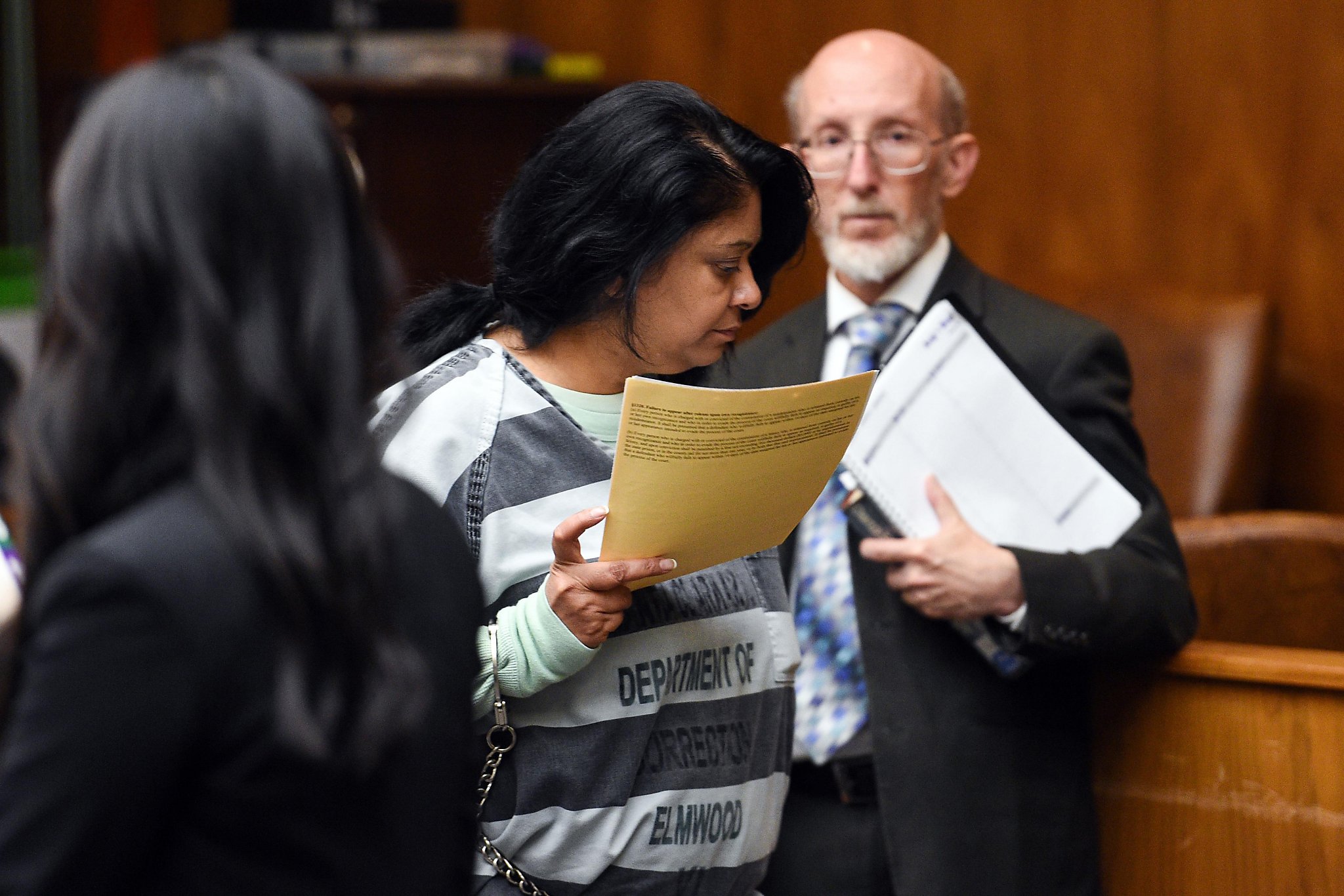 A woman who was arraigned Thursday on felony charges related to the staging of a home invasion to force out occupants of her Mountain View apartment had posted extensively on social media about her frustrations — and her plans — to get rid of the...

Wow she didn’t even own the apartment.

It was careless on her end in the first place to switch the guest from short term to long term (off platform no less) without doing due diligence that any leasing manager for long term rentals would do such as run a basic credit/background check or take a deposit.

I have no sympathy for rental arbitrage people.

I wonder how her facebook co-consipirators are feeling today? Pretty sure they aren’t having a good day. But hey, yay for free speech on the internet.