Should Airbnb educate hosts about how to spot human trafficking and modern slavery?

Is it time for Airbnb to follow the hospitality sector, and take a more proactive stance against modern slavery and human trafficking? e.g. run awareness campaigns, build toolkits for hosts, and educate them on what to look for and how to respond – as well as coordinating with law enforcement - 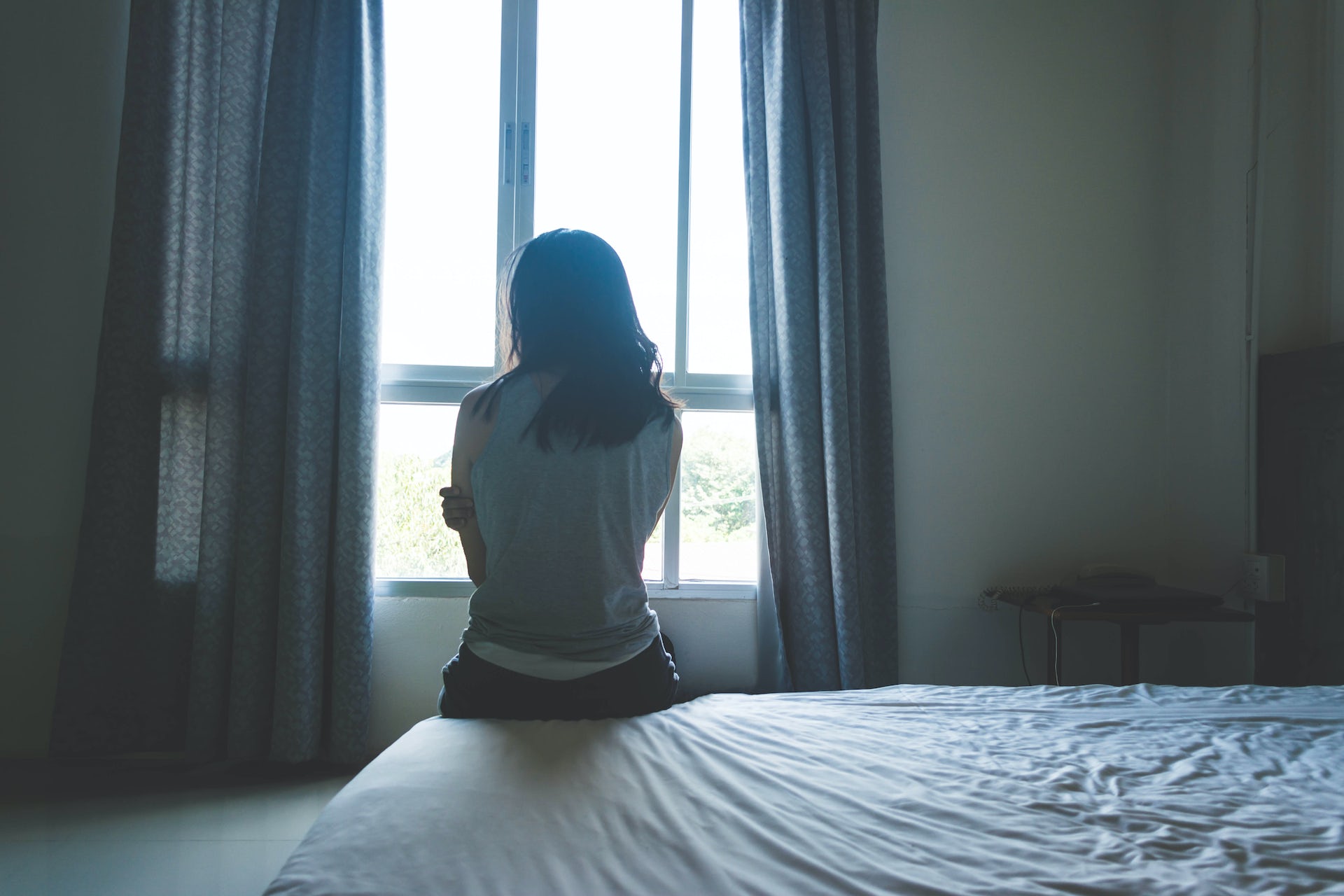 Airbnb must face the facts: human trafficking and modern slavery happen in...

Airbnb now has 7m listings in more than 100,000 cities, making it larger than the eight biggest hotel groups combined.

What are the chances they would read through a whole toolkit on something not directly related to their business? @subaculture

Of course hosts should be on the look out but the reality is many remote hosts don’t know or in some cases particularly care who is staying at their listings .

I have self educated when an older man first booked with a younger woman. I have rules now that guests bringing in a minor child must be related. This world can break your heart sometimes.

Sorry – I don’t see it as AirBnb’s responsibility. Human trafficking is evil, granted.

But Airbnb is NOT an hotel. We are NOT their employees. They are our employees – our contracted marketing department, and our contracted finance department. If your local law enforcement agencies actually have an active anti-trafficking operation (most do not) then they should be contacting you as a host.

True, but Uber/ Lyft provide training to drivers, and they are not employees.

@subaculture are you a host or are you simply here to solicit hosts opinions, as you did with the other topic you created?

I can’t agree with you on this one @KenH. As hosts I do think it would be useful to have some guidance on what we should be looking out for and that Airbnb should provide pointers on what to look out for and who to contact.

Local enforcement wouldn’t have a way of contacting hosts. Airbnb and other listing companies do.

It is not about whether we are employees but how we can work together to minimise the risk of our properties being used by traffickers.

This is a hot button topic for me. Human trafficking (including sex trafficking, which makes up a small percentage of the total), where individuals through force, fraud or coercion are compelled to provide commercial labor, is a terrible thing. It is even sadder in situations when child labor is involved (here in Maine, anyone under the age of 18 is considered to be trafficked if they engage in commercial sex, whether or not there is force, fraud or coercion involved). But the extent of child sex trafficking is greatly exaggerated in the media and by so-called “rescue” organizations, many of which have an anti-sex worker bias and actively seek to ban consensual commercial sex (i.e., prostitution), while doing virtually nothing that actually helps trafficked persons.

Human trafficking should not be confused with human (or people) smuggling, where people are transported illegally across borders. Unlike trafficking, people smuggling is characterized by consent between customer and smuggler - a contractual agreement that typically terminates upon arrival in the destination location. People involved in smuggling operations may also be victims of trafficking, for example when they are tricked about the terms and conditions of their role for the purpose of exploiting their labor, but not always.

To address the OP’s question (should AirBnB be educating hosts about trafficking), I would say no as I believe they would rely on the inaccurate, biased information put out by organizations such as Polaris, which does nothing to protect women and simply sensationalizes the problem.

I won’t bore everyone by posting links here, but if anyone is interested in learning more about this, please PM me and I will be happy to hook you up with websites and research papers that explain some of the issues surrounding human trafficking in greater detail.

that guests bringing in a minor child must be related. This world can break your heart sometimes.

What breaks my heart is that most children are abused by relatives. (I’m not saying your policy is ill advised, no minor should be traveling with a non relative alone, just commenting on the sad reality.)

Fifty hearts for this post! You can send me your favorite links…I know some about the issue but am always looking to learn.

This is not necessarily the case…in the US equestrian competition arena (pun not intended) There has been an institution of something called “Safe Sport” that helps to reduce instances of sexual harassment and abuse of minors by trainers, instructors, coaches and grooms (to name the majority only).

in the past I have been the adult traveling with a non-related minor child (or both sexes but usually same sex) several instances. Most of the time the kids were my voluntary groom (Either as my working student or just to get a free trip with horses!) but in all cases the parents were thrilled to have me take their kid with me for free! One of those parents was actually my senior boss at the time and he was happy to have his daughter spend a weekend with me out of state sleeping in my horse trailer (ended up being in the truck because it was too cold…we even ended up taking turn with the dog in our sleeping bags to help keep us warm). I don’t think AirBnB existed then but I wouldn’t have spent the money on it even if it was.

Not every case Is the same and I think as long as parents know and support the child traveling alone with a non-related adult it should be fine. In many cases, as pointed out above, it is the related adults sometimes who are the abusers.

How do you spot human trafficking? I’d like to be better informed.

Based on the absolute shit-show of a response Airbnb has had to identity theft and every case I’ve heard of where a host sent them proof that their guest was convicted or wanted for crimes, I wouldn’t hold my breath for them to help in any way.

I don’t want to be the gloom-monger here but regarding Airbnb ‘educating’ hosts, I wouldn’t want to be involved. I feel the same way as @Ceebee :

I personally don’t give AF what consenting adult guests do in my rentals as long as they follow my house rules and don’t disturb my neighbors.

I suppose I’m sorry, but my life is hectic and busy enough without adding the requirement that I should also be watching out for illegal activities.

I truly don’t want to sound harsh but, although these matters are something we should speak out about if we’re aware of it happening on our own premises, there are departments and agencies who are better equipped than hosts, no matter how much they are ‘trained’ by Airbnb.

I sound so insensitive by saying it but it’s not my job.

But sometimes you get a weird feeling about a booking request. This one goes back before Airbnb, but I reported it to the police.

The “no explanation“ part is ridiculous. If she is kicked off for being a sex worker that should be stated…

But she shouldn’t have been kicked off in the first place.

I’m not 100% convinced that that was the real reason she was booted out. It may be, of course, but I’m wondering about the Airbnb representative in the article who said “prostitution is not allowed.”

It does say that the woman was not working in the Airbnb rentals she was staying in. And anyway, the article says “the kind work she does is legal in most places in the United States”.

Being a sex worker is, as far as I know, legal in the UK for example. So is the rep who says that prostitution is not allowed also referring to countries/states where it’s legal? If it’s legal in a country or state, then why can’t someone who does that job stay in an Airbnb?

What next? They ban coal-miners or chiropodists or chemists? They too all have legal jobs. So none of us know where we stand.

When a host signs up with Airbnb we agree that we’ll host anyone regardless of their religion, colour, sexual preferences, gender status, nationality and so on. But are we now being told that people who have certain jobs aren’t allowed to use Airbnb?

If she had been using an Airbnb rental for her business, then Airbnb might have had a case. But other people use Airbnb’s for their businesses too - filmmakers, photographers and so on.

And surely, what people do in the rentals is at the discretion of the host?

It all sounds dodgy to me.

I have no issue with what she does as a job.
How ever i dont want my properties associated with her job.
My issue is that i am in a small town and i don’t want my neighbours disturbed with the comings and goings of her clients, or her clients seeing the lights on and knocking on the door looking for her services.
I dont want to have that reputation.
If she is there to take a break…fine - but not to work.
I had a working girl book and I had to insist she did no work while she was there.
Biggest hint was that I called in to check on something and found every bed turned down for a single occupancy.

I’m not 100% convinced that that was the real reason she was booted out.