Posted review , now when guests returned stolen money he asks to remove review. Should I?

The story is that when I was away a very young gay couple in their very early 20s booked a room for one night.
The main guest gave me his first and last name and his “boyfriend’s” first and last name too. He sounded very cheerful on his messages and as soon as they checked in sent me praises about the room. They came late at night and very early in a morning they left .
My husband never took a picture of their lisences ( that’s what I do always) because they really came in very lte around 12 am and left around 6:30 am.
Few hours later when my husband was going to go to the bank and deposit 1100$ he discovered the money were gone. The money he left in our antique table that locks in our bedroom but… he never locked the bedroom and apparently he did not lock the table also.
We have 3 rooms for rent in our house. 2 of them occupy guys for a long time : 8 month and 4 months. Suspission immediately fell on this couple .
When I contacted Joshua he sounded like he knew that was coming. He was very calm and defensive but polite. He said: I never took anything and there is no proof that it was me or my boyfriend. I said that’s true, we are not sure 100% but … your fingerprints are all over the table. So … I kind of scared him but before I called police I wanted to see if he will return money voluntarily . Then 2 hours passes and I go again into his profile and … see his picture with his coworkers under the … company logo!
Happily I call Joshua to give him the news that I know where hi works.
Yo make the long story a short within not even 24 hours he brings money back but this his story.: the “boyfriend” is not really a boyfriend but a one night stand. And he is the one who took the money. Joshua did not even know that that happened.
One more thing: my husband slept at another house that night because guest’s just left and he just fell asleep there after using a pool. That’s why the two had a whole night to explore .
In a mean time I already posted review on Airbnb and let Airbnb know that money were stolen . And of course I clicked the thumb down .
I was very surprised that the money were returned . I already said goodbye to them at that time.
Now Joshua is calling me and asking to remove review. As he travels with a Airbnb all the time and this is the only way he can afford traveling. And also he was not the one to take the money, he says. It’s just an unfortunate situation for him and he was the one who forces the other dude to return the money.
What would you do?

Wow! I hope soap opera authors are reading these posts on this forum, terrific source of material!!

Hehe. To what detail have you mentioned the theft on the public review?

Review was very short. " After Joshua and his friend left the 1100$. disappeared. We are confident they were the ones who took the money ( because we were). Joshua denies it . " that all I said but then I describes to Airbnb the whole story but I never heard from them

If he’s left you a review, I guess you can then leave your public reply to it saying “We’re now glad Joshie returned the $1100 stolen”

He did not leave review. But he called me twice already really begging to take review down. I have an impression that he was shocked that I left that review. I wonder why…

Maybe hire a private detective first to determine if the other guy was really not his partner.

I’d write a review saying exactly what happened, including that Joshua said he did not take the money. Even if he didn’t, he’s still (imo) responsible for the behavior of his travelling companions. I think it’s your responsibility to give other Airbnb hosts a head up. I mean, theft of money is a pretty serious thing.

Maybe I’m being too harsh here, but I’m sure others will chime in if they disagree.

Sorry, I wasn’t paying enough attention. If it’s a choice between letting the review stand and removing it, I’d let it stand. But I think it’s worth asking Airbnb if it is possibly to edit the review under these special circumstances. I’m unclear whether the guest himself has written a review.

He did not write a review.

The other guy was his partner… for the night

To be honest I would leave the review as it is. Regardless of whether it was returned, it was stolen in the first place.

If it was a one night stand I very much doubt whether ‘Joshua’ would have been able to get the other person to return the money.

If you have someone travel with you on your account, then you are responsible for their behaviour.

I am sure this is a wake up call for you and your husband @Yana to look after your money better when you have shared premises open to your guests.

So glad you got it back.

I think we are doing prettt good job at looking after our money. Out of 500 guests that was an isolated in incident .

That doesn’t mean it’s not worth reviewing your security.

Bit creepy thinking of guests going into your personal space and looking around for stuff to steal.

It’s very creepy, they went there because they figured out my husband is not home after he let them
In and they were staying in upstairs bedroom while the other 2 guests occupied downstairs rooms . So they thought no one is there to stop them,as our bedroom is upstairs too across from them . The door was closed but not locked .

I don’t know but my ne they were high or drunk to do something like that. On a picture the guy looks very intelligent and doesn’t fit a profile of a thief

A review is supposed to be of your experience with that guest and that stay. The money was taken and returned so now you review is inaccurate since it says the guest denied taking it. If you don’t edit it Airbnb might take it down completely if he made a fuss. So if you edit it to indicate money was taken by a one night partner but returned it would be accurate. Either this young man is dishonest or he takes one night stands into other people’s homes or both. He has poor judgment and we need to know that.


Were you expecting his picture to look like this? 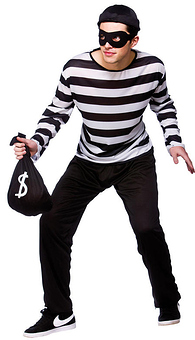 I don’t know why I even said that. Someone poor I guess who desperately needs money but this boy looked like he was a college student or graduate , well dressed and had a picture of his company logo in his profile picture.
Now the more I think about it, may be he is in fact was unaware of steeling. May be his one night stand got up quietly at night and went on "exploring " the house?
Joshua has 8 verifications on his profile. Plus he disclosed his full
Name and name of that other dude.