Please help: guest did severe damage and airbnb is not responding

I haVE been renting several properties through airbnb for about 2 years. And I was very fortunate to get permission from the building to run airbnb in this newly built luxury apartment building. An incident has occurred with one particular guest which involves SEVERE DAMAGES. I have reached out to the airbnb cusomter services on daily basis, i was told it got transferred to the right department, and they will get back to me within 24 hours and its already marked most urgent, However! nobody ever reached out! It has been almost a week, still have not heard anything back from their “right department”. it’s very frustrating and I really do not know what to do! And i am getting sued if the situation does not get handled correctly.

I had this reservation for one person Sam for only one night. (sounds low maintenance right? not really!)

Guest Held a crazy party in my apartment and there were drug use, alcohol, vomit, loud music involved. one person in this party ended up knocking on all neighbor’s door, because she was kicked out of the party with her purse still inside, and the reason why she got kicked out is that people inside the party are forcing her to do things she doesn’t want to do. one neighbor was very kind and helped the little girl to get her belongs back.

Despite property damage and extra cleaning, and deeply apologize to all neighbor affected

.
WHAT’S EVEN WORSE is: All these people from the party went to the ground level garage and PKCED THE MOST EXPENSIVE CAR: A TWO DOOR SPORTS Porche TO JUMP ON! NO kidding, there are several people simply just walk on top of the car taking selfies!

one male walk through the engines cover, then the front window and standing on top of the moon-roof, four others sitting on top of the engine cover! And all of these WERE captured by the security camera. WHICH I HAVE ALREADY SENT TO AIRBNB, but no responde

Now: Neighbor has already taken the car to the body shop, despite all the small dent, what’s worse is the moonroof is damaged by having people standing on top of it and the bill is 9800 dollars. Neighbor has already gone to the police station and filled a report. And asking me if there is any updates from airbnb on daily basis. I think i will certainly get sued if the situation does not get handled right. However, Airbnb is simply not responding. really frustrating.

Call them and stay on the line until you get help, do not take no for an answer. 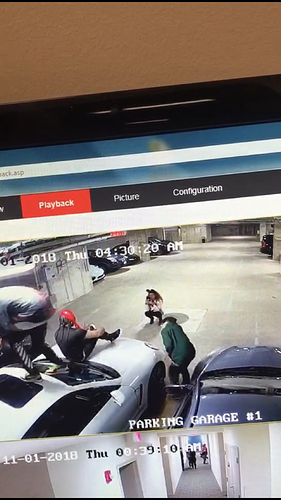 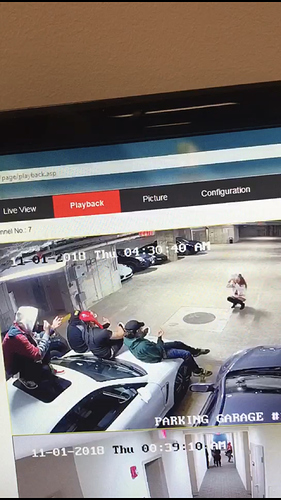 I’m sorry this happened to you.

This is the kind of thing in rentals and complexes is the kind of thing that makes people hate Airbnb. There are ways to reduce the chances of parties happening at your Airbnb such as having Ring Doorbell cameras, checking in guests personally, using devices that monitor how many people are logged onto your internet and devices that monitor noise.

As for Airbnb I’m not sure what they are responsible for in terms of hoodlums damaging cars, damaging and cleaning in the apartment they should pay for.

Keep us posted as to how they eventually respond.

I agree with @KKC that I think ABNB responsibilies are limited. With that said I think ABNB (and/or the guest) should be responsible for:

However for the Porsche damage, it sounds like it will be both a criminal and civil manner. Its fortunate that you have the video evidence and witnesses. You and your neighbor should be prepared for the lawsuits that will likely follow, unless the guilty parties come forward with the reconciliatory funds.

I would also be prepared for the management firm of your luxury apartment to rescind whatever agreeement you had with you allowing you to ABNB the apartments. Because this is EXACTLY the reason that most do not allow it.

Thank you for your reply, i looked into airbnb insurance policy for damages related to third party, it says : “Our Host Protection Insurance program provides primary liability coverage of up to $1 million USD per occurrence, in the event of third-party claims of bodily injury or property damage.”

Hoping it covers it

I think you’ll find that property damage is related to the apartment. The damage to the car really has little to do with the property that ABNB brokered.

Sorry to heat that!

Has there been any attempt by the police to contact the person that rented the airbnb property? Even if it’s just to identify the perpetrators. Then they may have to go after those people, but they’ll likely also go after you and as was mentioned, I doubt they’ll let you do airbnb in the future, as it brings in strangers in an environment, that residents pay to be controlled.

Give the names of those involved to the police and to your neighbor. He can file charges against them. He will have to take them to court. Meanwhile, go to an attorney for a consultation to see how you can protect yourself . His car insurance should cover the damages. Perhaps you will need to pay the deductible.

This is a Facebook / twitter / social media thing if you want to get their attention.
The owner may be able to claim on his insurance, but the insurance will want their money back.
My concern would be how they got access to the garage, as your guests I could see this flowing on to you. I hope your leasing paperwork is good and your insurance is available to cover you.

Do you have any type of commercial liability insurance?

Meanwhile, go to an attorney for a consultation to see how you can protect yourself .

If you do seek legal advice (as Ritz3 wisely advises) you might also inquire if there would be standing for you to recoup potential lost earnings, should your landlord rescind your ability to ABNB your apartments.

This is an absolute mess. I would find a lawyer because I doubt this is going to stay an Airbnb matter.

I have to add … there is no reason this party should have gotten to this point. There are tons of ways - as @KKC pointed out - to prevent parties and quash them if they start. I’m gonna guess this isn’t even the first one, is it? Just the worst one.

Neighbor has filled police report but haven’t heard anything back from the police department yet. The building might still let me run airbnb until my current lease end. I actually got booked until April of next year, if that become an issue, a lot of guest will be affected.

I live in the same building, and have being really taken care of the airbnb units during the past with absolutely no issue with any neighbor nor building owner, the fact is whatever happen in the airbnb unit i can hear it, but i was just too deep into sleep that night, otherwise i would have being waken up by party music and kill the party right away.

After this incident, i have quickly taken measure by purchasing device like noiseaware and party squasher. Hopefully something like this won’t happen again.

this is actually the first one. I live in the same building, any party going on, i personally go squash it right away, but i was too deep into sleep that night to notice anything.

The apartment is set up to be family friendly with one bedroom as nursery, so it is really not so appealing to party crowd.

Do you have your own insurance? I hope you are not depending on Airbnb to come through.

I think you might also want to reconsider one night stays.

Are you in the U.S.? Because under U.S. tort law the property opener is really the person who bears the liability for any injuries on this property. Why any landlord allows a leasee to STR is beyond me.

I’m not sure if the car owner can claim on his insurance, and i really don’t want to trouble him more with insurance headache. i was thinking to pay out of my own pocket as the last resort. And i can maybe sue whoever is responsible later.

i carefully read through airbnb host protection insurance, it does seems like this insurance might cover the repair.

The building is very secure, can only get in through a key fob or code (which i do plan to change periodically) I’m not very worried about the previous bad guest come back again, since he already know he has no access and there are camera just about everywhere.

the problem is really to get someone in airbnb to even start responding. i called twice today, all i was told is someone from trust and safety will reach out to you. same thing every time i call, and there is no direct contact to this trust and safety department, i asked to talk with an manager, first representative says manager not available will call me back shortly. waited few hours but nobody called, so i called again, second representative transfered me to a manager, after a very very very long wait, i was told there is nothing he can do, just wait.

The waiting part is mentally exhausting, because it really isn’t just about the money, its about i need their guide on how to act on issue like this, clam down neighbor and insuring building owner airbnb isn’t that evil to the building. There is a lot of already booked reservations and i would like to be able to accommodates these people who booked so many months even year in advance! And another important things is: only airbnb has the guest’s ID, which the police might need to identify the person.

i do not have commercial liability insurance, honestly, i have never heard about insurance company selling airbnb policies to host.