We had a opening pop-up for this weekend, and almost immediately got a booking request. “Jack” (not his real name) had tons of great reviews so it was easy to hit accept.
.
Then, we got to see his real name. OMG he’s totally famous. How cool is that. We can’t wait to show him some old fashioned hospitality without any paparazzi.

We had a booking made by a woman. When they arrived the woman acted a little strange and then said “can I tell them?”. Evidently he was once a famous blues singer, but the name didn’t even ring a bell with us. We appreciate musicians but acted a little more impressed than we actually felt.

Another time we found out just as the guest was leaving that he used to be the state treasurer. I knew he looked familiar but told my husband that I thought he was a character on The Munsters, lol.

I knew he looked familiar but told my husband that I thought he was a character on The Munsters, lol.

LOL. Gosh but we really do hate him. What a tool.

This guy came to my upholstery shop several years ago, needing some curtains and other things made for the house he had just purchased here.

I worked on his stuff, and at one point someone said to me, “Don’t you know who that is?” I didn’t. Turned out he was one of the stars of a popular TV show I’d heard of, Queer Eye for the Straight Guy, but I don’t watch TV, so his name meant nothing to me. He was a really nice, normal, down to earth guy.

I asked him at one point if he only did TV, or movies as well, and he explained that he wasn’t actually an actor- he’d only gotten that gig because he happened to be friends with one of the assistant directors, who had recommended him for the show, saying he’d be perfect.

My daughter knows a woman who was a famous top model, who graced the covers of Vogue, Elle, and other fashion mags for many years. She met her through an ex-boyfriend, as the model had come to visit them on the remote little island they lived on- my daughter’s ex and this girl were best friends from high school. She never intended to be a model, she was just a regular teenage girl from Toronto, who got handed a model agent’s card at a Jane’s Addiction concert, who told her he could make her a millionnaire. She thought he was just a dirty old man and never called him, then ran into him again somewhere else and he convinced her he was for real.

I’m not particularly impressed by someone being “famous”, as it’s often just a matter of having a lucky break, meeting the right person by accident. I’m impressed by many people’s accomplishments, but whether that brought them fame or not isn’t such a big deal.

I’m not particularly impressed by someone being “famous”

Agree. I prefer folks if they’re just nice and interesting people. Good hearted. Funny goes a long with me also. However, while not quite the same thing, I am enjoying seeing tiny blips of my place on TV every week. It’s so “nothing”, but a bit of giggly fun at the same time.

A friend of mine used to go to an AA meeting with a couple of genuinely famous 1980s supermodels. She told me their names and I replied “Which part of Anonymous don’t you understand?”

If you can, please tell us who it was when the stay is over. This is fun!

Oh and I’m so old, I can say that I shook President Johnson’s hand at an AFB back in the 60’s. It was exciting to touch a President!

Then, we got to see his real name. OMG he’s totally famous.

At least you recognized his name.

I was at an impromptu gathering at a friend’s house and was naturally playing co-hostess, making sure everyone was comfortable. A guy had just arrived and I introduced myself to him and he introduced himself back as “Edge”. I said, “Oh, what an interesting name. Can I get you something to drink?”

Later, he told me that it had made his day.

he introduced himself back as “Edge”. I said, “Oh, what an interesting name.

I try not to be “that person” but I’d have a hard time keeping my composure if I met a handful of people and any members of U2 would do the trick.

Thank you for, hopefully, shutting that down

Sorry but we can’t. We have always felt that many celebrities value being “part of the crowd” when they can get it.
.
A few years ago we were seated next to a very famous actor with his family in New Orleans. We left them entirely alone to enjoy their meal and quality family time. We DID order the same meal as him, as fried chicken in NOLA is always worth it.
.
Same goes for another time in Cabo, with a very famous actor with equally famous girlfriend. They were “right there” and it was gratifying to see that most people left them alone.

LOL how totally cool. It would have taken me a second or two but his accent would have given it away pretty fast.
.
One of our best friends spent like 15 minutes talking to a really nice lady at a sushi bar in NYC. They were ordering drinks at the bar for their tables and waiting afterward, so they just ended up talking. It was hilarious that Tom got to spend all that time with “Jennifer” and didn’t put it together until we asked what they talked about. Apparently, she is very sweet, loves sushi and is very close to her family

but his accent would have given it away pretty fast.

Honestly, it wasn’t that much of an accent and he wasn’t the only Irish person at the gathering. Just another average looking guy with a hat, lol. But the name should’ve definitely given him away, I’m just thick sometimes.

On the way to the train, he stopped and pointed at a door and said, “just like this, I want some of these, these are so cool, I’ve never thought of decorating with Indian corn before”. 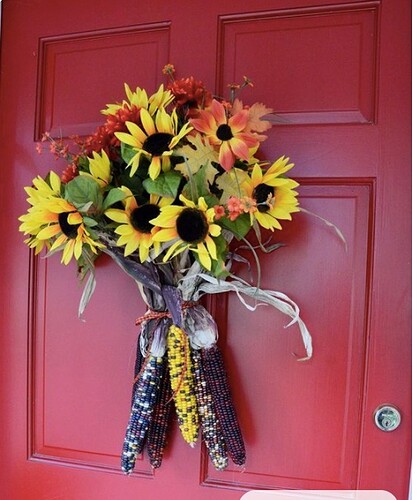 On the way to the train, he stopped

Wait, so did you go to Queens or not?

so did you go to Queens or not?

Yes. We did actually go ahead and go to Queens, giggling the whole time of course.

Brandi Carlile is telling the story of playing a song for Joni Mitchell that is on her new album called “You and Me on the Rock.” So versions I’ve heard go something like this, “Joni doesn’t abide derivatives and I was so nervous to play her the song and see what she thought. I played it and Joni leaned forward and said ‘It sounds like a hit.’” I’m wondering if Joni really said “it sounds like shit.” LOL. But I don’t know anyone to ask.

knobbed for her pleasure …

Have enjoyed 2 UK celebrities so far.
A stylist and his partner who stayed for several weeks whilst waiting to take home their twin babies from the hospital.
And a very regular house guest,World famous for his music.
It was the ‘Last christmas he gave us his Heart’ sadly.
It’s a large house in the countryside, not a grand manor. He was totally at ease here.