Two sets of guests, and one of them used/ took an entire loaf of bread.

I’ve messaged the guest that checked out yesterday, first, just asking if he borrowed some bread. We had some “culture moments” (family phrase my husband and i have been using since we met, to dispel and explain tension from cultural differences that aren’t malicious. It has stopped many a confusion from escalating to a fight) with him, so i can sort of see him thinking a loaf of bread was up for grabs. Sort of.

The other guests check out today, and while they didn’t do anything very terrible, they do keep responding to my helpful messages with “i didn’t read this, but how do i (do the thing my helpful message explains)” so i’m willing to believe all sorts of potentially terrible things about them.

It’s just a $5 loaf of bread- but that’s the kids’ lunches for the rest of the week, and we’re on a tight budget this quarter. (“Rage donating” is expensive, and just when i said “ok, no more contributing to anything until after Christmas” a friend needed cash to pay her lawyer getting her away from a physically abusive husband, and… that seemed more important than budgets, in the moment. It still does. It just sucks.)

So now i’m freaking out about a loaf of bread.

(Sorry to dump on y’all, but these are heavy times and i don’t know how much more i can carry.)

Sister I am right there with you on the rage and it seeps into every facet of life. However we must find a way to separate that from our business. It’s hard for you because your guests are in your space all the time. If you are sure the guest took it and you need the money then I would request payment via the resolution center and see where that goes. The other thing is to raise you price $1 a night and make all your guests pay for the occasional thing that walks away.

Freak ye not and heed @KenH’s word. Oh, and have a glass of wine. Even when on a strict budget, wine is a medicinal essential for an Airbnb host.

What did the guest say about the bread?

Was it meant for guest use at all? I.e did he just take too much or take something that he wasn’t supposed to touch at all.

5$is 5$. It’s money you paid for it and to take a whole load of bread that doesn’t belong to you is stealing anyway you look at it.
It’s good you asked . They probably thought you wouldn’t because it’s just a loaf of bread. But if just a loaf of bread for them why don’t they just buy it .

Yes. It’s important that a guest knows the host knows he/she stole something, even a low value item. It makes them lose face.

I’m hoping they stowed it in a cabinet or refrigerator instead of its usual place. Being creatures of habit, we tend to put items where we are accustomed to in our homes instead of where the host may have placed it.

I’m sorry for the tight budget you are experiencing. It did bring to mind that there are few things in religion, literature, and life that are more symbolic than bread:

I’d take it as sign that there are good things coming your way. And while it may be troublesome, I would learn from the experience, and take some precautions for future guests. 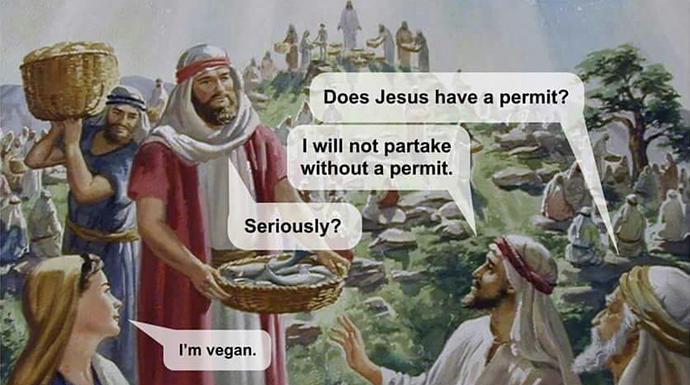 I agree with the post that suggested raising the price a bit to compensate for all the things that walk away. I just did that a few months ago but to compensate for broken things. It seems like something is always broken by guests or stained.

I would mention it in the review.

I would not host X again, when they left they took an entire loaf of bread from my pantry without asking.

I bought a 46p loaf for guests breakfast yesterday (I have been known to spend £5 on a genuine sourdough.) Why not give the guests cheap stuff?

Thanks everyone, just venting helped lower my blood pressure enough that I was able to deal.

(It also helped that one of my kids said lunch was particularly delicious and could they have wraps again- because while we were out of bread, I always have extra tortillas on hand. As long as the kids don’t feel deprived, I don’t need to go Mama Bear.)

Because we had two separate bookings at the same time, I can’t say for sure which set of guests took/used it.

I am 95% sure we had two loaves of bread, because we always order 2 loaves and my receipt said we got 2- but my kids unloaded the groceries and couldn’t remember for 100% sure that there were two loaves. We usually go through exactly 2 loaves a week (unless we have french toast or grilled cheese sandwiches on the weekend) We also store the bread on top of the fridge so it’s not something I can easily see unless i’m searching for it, though i guess taller-than-me guests could.

We do not offer to feed guests, because that would make us illegal in NYC. Occasionally we have either because I felt sorry for guests (the young person cramming for an exam who had no time to find food in a strange city) or because they sat down at my dinner table 5 minutes before i was serving up (some of you may recall him…) but nowhere in our listing or during check in do we say “Please help yourself to our pantry.” (I did that once with a non Airbnb guest and she went through 6 months’ worth of canned chicken in a week and then ate all my leftovers… so i don’t say that anymore.)

The closest we come is if they ask to store stuff in our fridge, and then i clear a shelf for them. There should be no mingling of food or confusion about what they can eat.

It’s possible (because much is possible) that the loaf fell behind the fridge (or aliens, mice, or zombies), so i’m not going to say “Yooooou thiiiiiieeeeef”

But he has not responded to my “did you borrow some of our bread?”… i still have 12 days to write a review. I’m thinking along the lines of

“B stayed with us for several days. He was quiet at night, and out most of the day. We had a couple of odd moments that i think were cultural differences but he was good natured about it. He left the space clean on check out.”

Other odd moments involved him turning on the shower… and then leaving the bathroom. Luckily i caught him as we were both going downstairs (!) and asked if he was going to take a shower (big smile, “Yes!”) and making it clear that you don’t walk away from it, then, and only turn it on when you’re going to use it. (I assume he either expected it to take 5 minutes to warm up, de-cloud, or he’s never had to think about paying the water bill.)

It would be so much easier just not to leave a review. I hope Future Hosts thank me for the energy i’m putting into this. ;D

All of our breakfast items for guests come from Walmart and the dollar store!

What country is he from?

so much easier just not to leave a review. I hope Future Hosts thank me for the energy

Yes! Thank you. This is exactly the kind of guest that a home share host would probably rather not have. If you could find the energy to be specific about the “cultural differences” that would be great. I don’t care what his culture is, I don’t like someone turning on the shower and letting it run. I had a roommate who would go in the bathroom and turn on the shower while she did her morning business. I think the shower was both to warm up and cover the personal noises made with this activity (trying to be discreet here). Turning it on and going downstairs is worse.

As for the bread I don’t think you can say anything about that unless he admits he took it.

Lidl/Aldi! Have excellent luxury ranges for a relative pittance.

If you’re not 100% sure you had the loaf of bread to begin with I would not mention it publicly.

I have come to the conclusion, that EVERYTHING you leave out will be used by the guest.

I am with you all the way. It’s not just the money. It’s the trip there and back, and counting on toast for breakfast when…

If they are still on the scene, ask them kindly to pick up another.