It's my turn for a high maintenance guest

A guest booked one of my listings for 30 days; I was a bit concerned because it’s a lady who is supposed to be an internet minor celebrity globetrotter. She has a dozen glowing reviews from former hosts.
On her way to the listing she wrote to me 4 times in 15 minutes giving me updates on her EAT. I met her and she was dressed in high end fashion head to toe (Cartier, Gucci, Prada, etc).
When I told her that I had left some food for her (yogurt, cheese, crackers, sparkling water, etc) she told me that she was on a strict diet and made me take everything from the refrigerator. Then she asked me for 2 extra blankets (in addition to the ones on the bed), and an extra set of sheets, that I told her I would bring in a few days (no, she wanted it immediately).
An hour later she wrote to me because, while she couldn’t hear the music from the neighbor, she could feel the vibrations and couldn’t sleep.
This morning it was a torrent of messages because the internet was not working; within 5 minutes I had someone in the apartment connecting her. She didn’t think the speed was fast enough, so I contacted the internet provider that will be sending a technician on a Sunday morning (!!!) to evaluate the issue. She wrote how miserable she was, that I had ruined her day, that she was unable to do her work, etc, even though I explained that she could use the business center in the lobby (my listing is in an apartment building).
Soon after she wrote me again telling me that I had to come and remove everything under the sink because she needed more room for her cosmetics, etc.
I contacted Airbnb to give them a heads up that my guest would probably be calling for a cancellation.
Question: at this point I don’t think I can keep my sanity for an entire month; what would you do?

Question: at this point I don’t think I can keep my sanity for an entire month; what would you do?

Use the Air message platform and detail this out to her as if you’re reviewing her “issues” and your resolutions for her. She’s looking for a free stay. Keep your messages short and polite, documenting her comments and what you’ve done. If you can prove you have say 100mbps on your wi-fi by taking a screen shot of a speed test (try speedtest.net) then she’s just being picky.

Many “influencers” use these tactics to get free stays. Frankly, once she’s replied via the Air platform - and ONLY use Air’s messages to communicate so you can document her demands - then call Air, get a case #, and get her re-homed.

No one, not even a hotel, deserves to be treated like servants to demanding divas.

@casailinglady thank you for your message. How is it possible that several hosts gave her glowing reviews? I can’t imagine that she has been “polite”, “respectful”, “perfect guest” while staying with other hosts and behaving in such manner while at my place…

How is it possible that several hosts gave her glowing reviews?

Because many hosts don’t give brutally honest reviews. I’ve been guilty of that and I deeply regret it and won’t do it again. Many hosts don’t understand the double-blind review system and the timing of reviews and responses.

Only communicate with her via the Air platform. If she texts you directly, get screen shots in real time and post them in the Air message center. This way you can document via Customer Service and at least you’ll get the money for however long it takes to get rid of her.

If your listing description, location information, and other listing details are accurate and no other guests have had issues, then you need to keep documenting and get her moved without losing all the money.

If she texts you directly, get screen shots in real time and post them in the Air message center. This way you can document via Customer Service and at least you’ll get the money for however long it takes to get rid of her.

@casailinglady thank you for your sage guidance; I’m sorry for the ignorance, how do I “get screen shots in real time and post them”?

How is it possible that several hosts gave her glowing reviews?

Influencers get scam reviews. The best thing about her staying with you is that you get to give her her first honest review. I’d personally do everything I could to get her out of there but I’m not in the same situation as some.

how do I “get screen shots in real time and post them”?

If she’s contacting you directly via a text, whatsapp, FB messenger, or any app outside of the Air Inbox messaging system, these messages show up on your phone. Do you know how to take a picture of whatever’s on your phone and save it to your photos? Take those screen snapshots and then post them to the Air Inbox messages because you can include images. OR email them to yourself so you can send them to Air CS with a case number.

@KKC makes an excellent point - many “influencers” have scam reviews.

Get rid of her quickly and make sure you keep the money for however long she is actually in your rental.

@KKC Wow, I’m so naïve, I never thought there were fake reviews. In a 12-hour period she has written me more messages, off the platform, than all of my guests put together for the past 3 years.

I’m so naïve, I never thought there were fake reviews.

This is something @PuppyLover has done actual research on.

I’d message her and tell her you will only respond to on platform messages. Then ghost her unless it’s on platform. She will probably threaten at some point "I won’t leave a bad review if you --fill in the blank-- put she picked the wrong host to mess with. Right?

Starting now, you reply to her messages only using the Air messaging In box. Say "regarding your text sent at xxxpm, and then respond.

Tell her you will only communicate via the platform. Don’t elaborate.

Call air, detail your issues with her, get a case number.

Here’s a picture of my wifi speed… I need to call Spectrum because they’re throttling me. I should have 100 download. 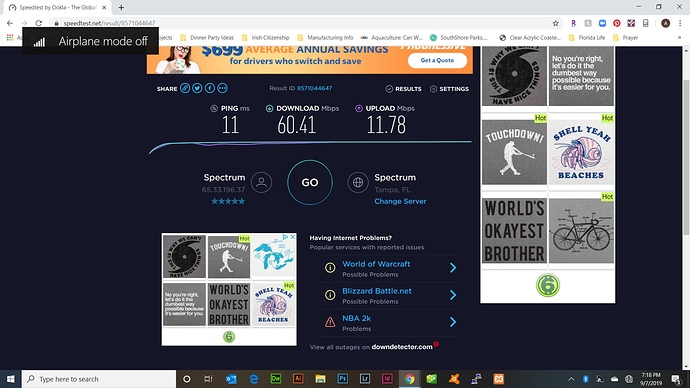 She’s starving herself which makes her miserable! Call customer service and have her relocated. Don’t let her spread her misery onto you.

@Ritz3 She did ask me to leave the Gouda; I reminded her that cheese is dairy, but she said that the cheese is ok.
Her blog, vlog, etc, it’s about eating right and other self-care issues.

I posted this on another thread. It’s my review of a guy that had 6 - 5* glowing reviews:

I just don’t get the other hosts reviews on XXXXXXX. We personally would not welcome him and his group back. We also would not recommend him to other hosts.

@casailinglady my in-house technical support person, i.e. my stepdaughter, has taken the shots of our chats and I will follow your recommendation along with other fellow hosts to communicate only via the Airbnb platform. Thank you!!

Also the sheets and blankets being brought immediately indicate she may not be alone and someone is sleeping on you sofa. Do charge extra for a second guest by any chance?

@KKC I don’t like confrontations at all, and try to hold back as much as I can, but she is going too far. And all of the “I’ve traveled the world”, “I have just sold my company”, “the book that I wrote” and other show-offy stuff is so weird…

@LiveOakVineyard no, I don’t charge for additional guests…the apartment was at 72 degrees and she wanted to know how to make it more comfortable (colder) – WTF?

no, I don’t charge for additional guests…the apartment was at 72 degrees and she wanted to know how to make it more comfortable (colder) – WTF?

I’m in South Texas and have had my AC units frozen 3 times this summer by guests setting it to 64 and 60. I have a sign at all 3 houses now above the thermostat that if it freezes because they adjusted the temperature below 72 degrees they will pay for the emergency AC tech visit and have no AC for at least 6 hours. This stopped that crap, but I am now looking into thermostats I can lock or set remotely.

Was there any elaboration as to WHY? That would be most helpful, otherwise hosts may just question YOUR review.