Is it worth investing in Bidet toilet?

I need to replace the toilet in my unit with a Bidet?
I know a lot of Asian people prefer it, but I don’t know if it would be worth the investment.
Happy to hear your thoughts!

Are you talking about an individual unit or a seat replacement with the function built in? Many Bidets is your one stop shop for bidet seats and integrated units. Learn what it's like to get the personal touch that only a family run business can offer.

Very posh to have a bidet. Haha I seen them in mainland Europe but not the UK.

Can’t really comment if it’s needed. I know I wouldn’t use it.

If many or most of your guests are Asian, then it might be worth the investment. It might set you apart from the competition.

I don’t get any Asian guests, so I put out a container of Cottonelle moist wipes and call it good.

In India, a device known as a bidet shower is relatively common and pretty cheap. You could consider it as an alternative. It’s also simple to use, though rather more manual than the kind of product you linked to. Depending on your perspective, you may or not consider that to be a good thing.

One more thing for guests to break, so no!

thank you
did anyone actually install something like that and saw a difference?

so I put out a container of Cottonelle moist wipes and call it good.

As long as they don’t FLUSH same, all good.

thank youdid anyone actually install something like that and saw a difference?

There are the seats only that you can get that have the function. I don’t know if personally I would go to all that expense of a fully plumbed unit. They may not even reward you with good reviews or even a simple acknowledgement if you do something like that.

I used to know a guy, he went to Japan once, came home and immediately bought something like this: 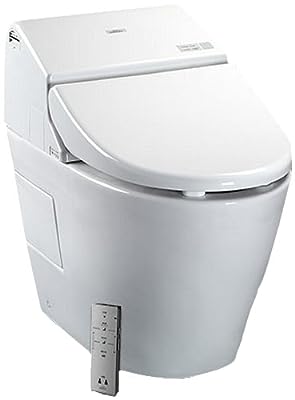 The Washlet G500 comes complete with an integrated toilet delivering a compact design. The Dual-Max Cyclone system flushes either 1.28 or 0.9 GPF. It uses gravity, combined with a cycle bowl cleanse a ...


He might have bought an even better one. Don’t know, but he apparently was instantly converted and was not prepared to live without one. It was a little creepy when he talked about how much he loved it… (Never went over to try it out)
1 Like
konacoconutz July 12, 2016, 8:31pm #12

(Never went over to try it out)

They are fabulous… and I can see why people are hooked on them. I experienced these in Japan, but there were also plenty of non-Western style toilets everywhere, i.e., the squatiie potties.

I’m sure it wouldn’t harm, but the question is if the product will give a competitive edge for Asian clients

Do you have to talk to it? lol

lol I hope not! AT least not japanese

The loos are equipped with universal icons. Even the air dryer was evident! Yup it works. I can attest!

lol I hope not! AT least not japanese

I’m kidding-I’m kidding… don’t get your cotton things in a bunch.