How to edit section titled "You Must Also Acknowledge"?

There is a section that is called You Must Also Acknowledge, which is under House Rules in the preview mode but does not show up in the edit mode. Does anyone know how to edit this section? Thank you.

I don’t see this on my listing preview. I only have House Rules, and then the next section is Cancellations.

Nope – don’t see anything like that in my listing…

I can change it in my phone. Go to reservation settings, under your house roules you’ll find the section and press ‘change’ 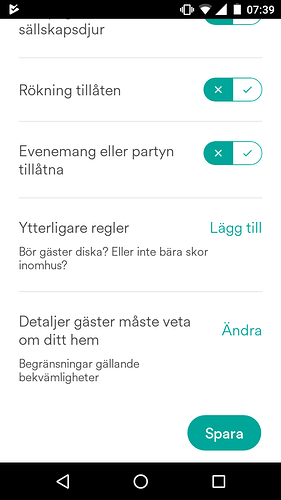 I suspect what you’re referring to as ‘you must acknowledge’ is known to us English speakers as ‘other things to note’.

I put a disclaimer on the size of the flat in there, as the pictures on my listing are lovely but in my opinion make the place look bigger than it is.

Edit had another look and found what you’re talking about. Another change from Airbnb then … I think it’s now calling each hosts house rules ‘additional rules’ as when I click through I see my own house rules. 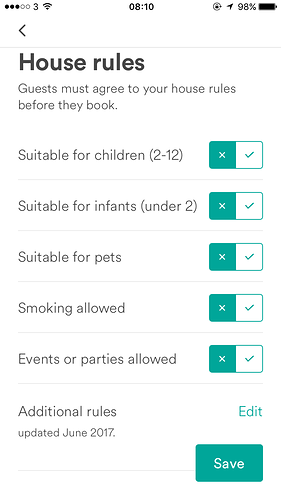 I have both ‘additional rules’ (ytterliga regler) and ‘other things to note’ (detaljer gäster måste veta om ditt hem)!

No Other Things To Note 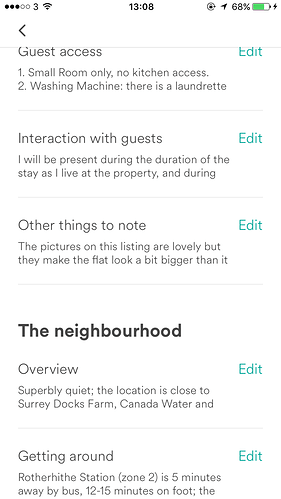 Other things to note …

But as I said under my edit I think the OP is actually referring to ‘additional rules’ because he said it was under house rules.

And they responded that they have both.

I have both ‘additional rules’ (ytterliga regler) and ‘other things to note’ (detaljer gäster måste veta om ditt hem)!

I was replying to @KenH who says he didn’t have ‘other things to note’. As usual the reply tag has fallen off.

The OP hasn’t confirmed anything so I have no idea if my hunch is correct. 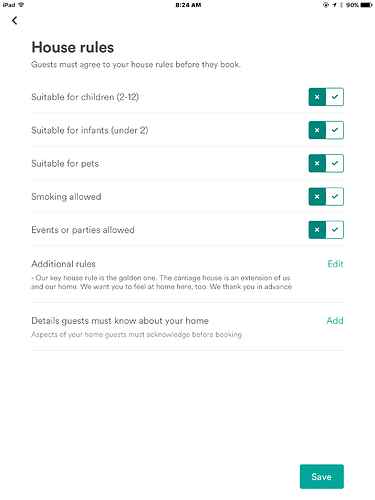 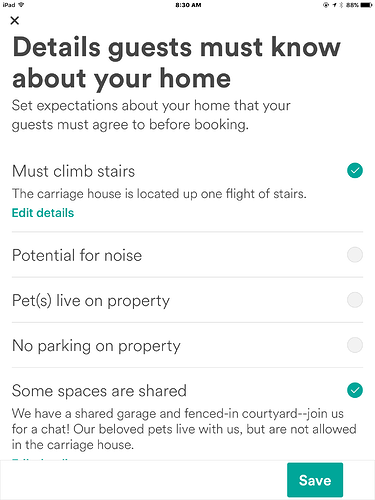 In case you didn’t see Crowntown’s post my mystery was solved. It is under the “BOOKING SETTINGS” category and then under “HOUSE RULES”.

Glad that was helpful. It’s quite possible @KenH doesn’t have that setting. Airbnb loves to keep us all guessing about what they’ll add or delete today!