We just had a group of 4 young men stay for 3 nights on a ski trip. They skied during the day and then came back to the house and overindulged in many things into the wee hours of the night. They were frequently in and out of the house, (my surveillance camera kept sending me alerts,) and were loud enough to disturb the neighbors when outside. I sent a message through Airbnb after the first night asking them to please be considerate of our neighbors and keep quiet at night. The second night was worse! They had a drunken altercation among themselves at 2 a.m. in the driveway and damaged a lantern we provide for our guests. It was drop kicked into the side of the porch and broken. Having been woken up from the camera alerts for the second night in a row, I reviewed the footage, immediately sent them a text, shared the video of the incident, and told them we’d be at the property in the morning to inspect for any damages inside. They agreed to let us into the house, and when we got there they were very apologetic and paid for the broken lantern. We had a long discussion with them, and they admitted to making some poor choices. They were embarrassed by their behavior. How do I write a review for this group? Should I skip writing one altogether? The young man who made the reservation on the group’s behalf had 8 five star reviews, that’s why we agreed to this arrangement. I am hesitant to agree to 4 young skiers again!

Should I skip writing one altogether?

No no no no. Please make sure that you review all guests. How are your fellow hosts able to make a decision about potential guests if you don’t leave a review?

Some lenient hosts who are on the spot or who have a great co-host nearby will generously think ‘well, lads will be lads’ and agree to host them. Others will read your review and think ‘no way am I hosting them’.

All hosts are different but when a host writes ‘better suited to a hotel’ or ‘broke house rules’ hosts who are considering hosting them won’t have a clue.

There are some members here who are excellent at writing succinct and honest reviews and I’m not one of them but I’d write about their ‘boisterous behaviour’ which caused a little damage and disturbed the neighbours but they were very apologetic and readily paid for damages.

I am hesitant to agree to 4 young skiers again!

Age doesn’t have anything to do with it really. But you really need to be on the spot or have a co-host there to nip any poor behaviour in the bud. Cameras and texts can only go so far.

I always start with- do I want them to stay with me again?
That will flavour the review.

I would be honest in the review. You can state that they did make amends for the broken property but still caused a disturbence resulting in unhappy neighbors.

I would not want them ever…I don’t care if they were remorseful after being drunk, disturbing neighbors, and breaking a lantern. Drunken people generally are apologetic the day after. So what? They were lousy guests.

I agree with georgygirl- they weren’t embarrassed by their behavior after the first night when you told them to tone it down- they escalated it the second night and only were “embarrassed” when mommy the host showed up and took them to task for it.

You obviously would not welcome them back, so why would you entertain the thought of not warning other hosts about them?

I would be factual but perhaps not overly intense on the review.

The group displayed some rowdy behavior, did some property damage and we did have some noise complaints. While I appreciated their apologies for their actions and their communication, I wouldn’t welcome these guests back.

I agree with @muddy and @georgygirlofairbnb - most people are remorseful and somewhat apologetic when they sober up after getting caught! Since they did not change behavior after you told them to shape up, they shouldn’t get a pass on this. Review them fairly. “Guests were loud and disturbed our neighbors, and had a fight outside at 2 am and broke a lantern even after being reminded to keep quiet at night. Although they were apologetic about their behavior, I cannot recommend them.”

BAMM! You nailed it on the head.

The only thing that I would not ding them for is that you got alerts that they were in an out. If someone rents from me, they can go in and out as much as they please short of noisily disturbing neighbors. They probably had no idea that you were getting these alerts.

Agreed on this. I feel like our door alert video goes off constantly when we have guests. I can’t blame them - even if it generates mountains of video.

Should I skip writing one altogether?

There are some members here who are excellent at writing succinct and honest reviews and I’m not one of them but I’d write about their ‘boisterous behaviour’ which caused a little damage and disturbed the neighbours but they were very apologetic and readily paid for damages.

Yes, please. There are excellent wordsmiths on this forum and I’m about to post for help for tomorrow’s review of the nightmare guest.

Age doesn’t have anything to do with it really. But you really need to be on the spot or have a co-host there to nip any poor behaviour in the bud. Cameras and texts can only go so far.

It’s easy for many people to be apologetic when they’re caught being jerks and easy to pay for a lantern. It’s also easy to not be an asshole night 2 when you’ve already been told to knock it off on night 1.

3* overall. Don’t worry about HIS stars, he doesn’t care about your property.

As for age, the 80+ year old drunken Italians have been worse than my 21 year old Germans, Canadians, and Americans. So there’s that.

Many of our heaviest-drinking guests have been in their 60’s! Had a group of six for a week go through 30 bottles of wine, 100 bottles of beer, two bottles of vodka and two bottles of rum - and that doesn’t include what they drank at restaurants or on boat trips, etc.

Many of our heaviest-drinking guests have been in their 60’s!

Well, in our defense, we folks in our 60s are the children of the parents of the Mad Men era… My dad indulged in 3 martini lunches, a cocktail or 2 on the bar car going home on the train, and drinks before, during and after dinner. And the dinner parties… epic

I don’t think drinking has anything to do with age or era. There have always been people who drink to excess, those who drink moderately, and those who don’t drink at all.

I’m in my early seventies and my parents didn’t drink. They weren’t teetotalers- they’d have a glass of wine on special occasions or at a big family dinner, and my dad might have an occasional beer or offer a guest a whiskey, but drinking wasn’t an everyday affair at all, nor was there liquor in the house.

Some old biddies here start at around 8:00 on the Oloroso, switch to a few beers in the afternoon, then get into the local wine around dinnertime and finish it off with some Brandy de Jerez before bedtime. 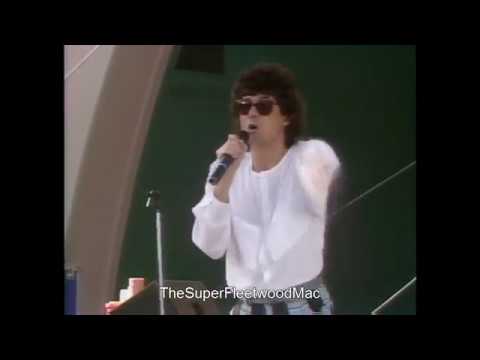 Says he breaking the local mould, only on his third copa de Oloroso today, but with a bottle of local red sitting breathing on the worktop

JohnF, great little break for me, even without alcohol. Thanks.

great little break for me

Aye, serious blast from the past!

Anyway, bit early for you surely?

Exactly what I was thinking.

1 guy, 3 days, empties: 1.5 liter of vodka, quart of rum, 2 sixpacks of white claw. And a half gallon of OJ and a liter of pepsi for mixers.

Unsurprisingly, I never heard a peep out of him.