"How did your stay compare to your expectations?" - New Review Flow (Warning; SPIDERS)

Just now finished reviewing a host on a trip to Malaysia. It looks like Airbnb has changed their Review Flow. It feels a bit cumbersome. What is most odd is that after all of the Pages, the guest finally gets a chance to WRITE the review He got all 5 stars, When less than five stars are selected, the guest is given options to check for why it was 4 stars

or less.
Also Notice that there are “no hints” for VALUE and LOCATION 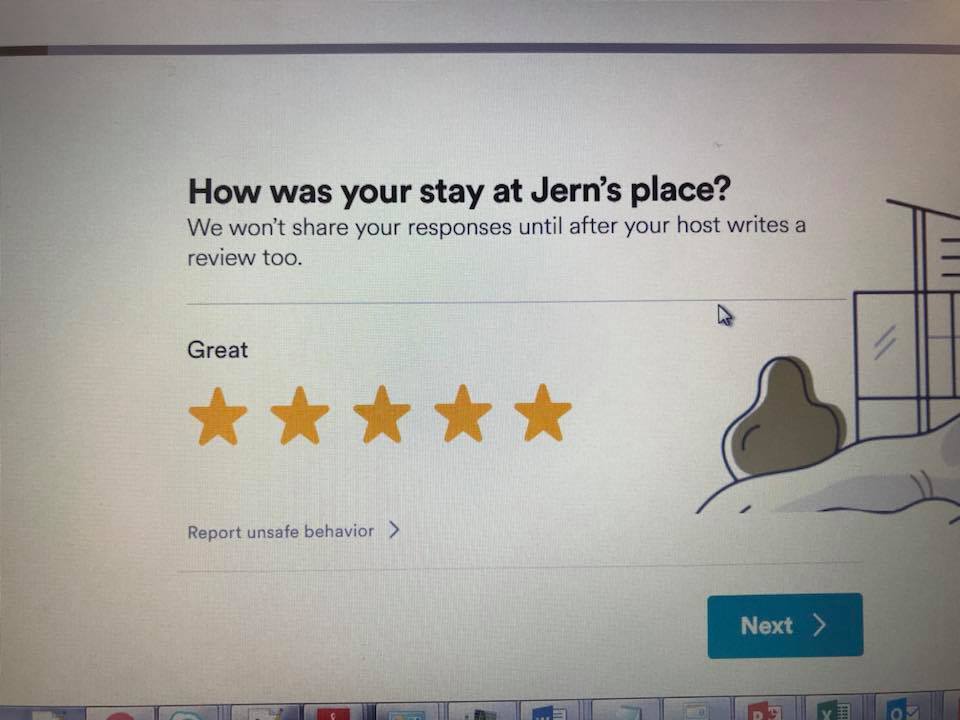 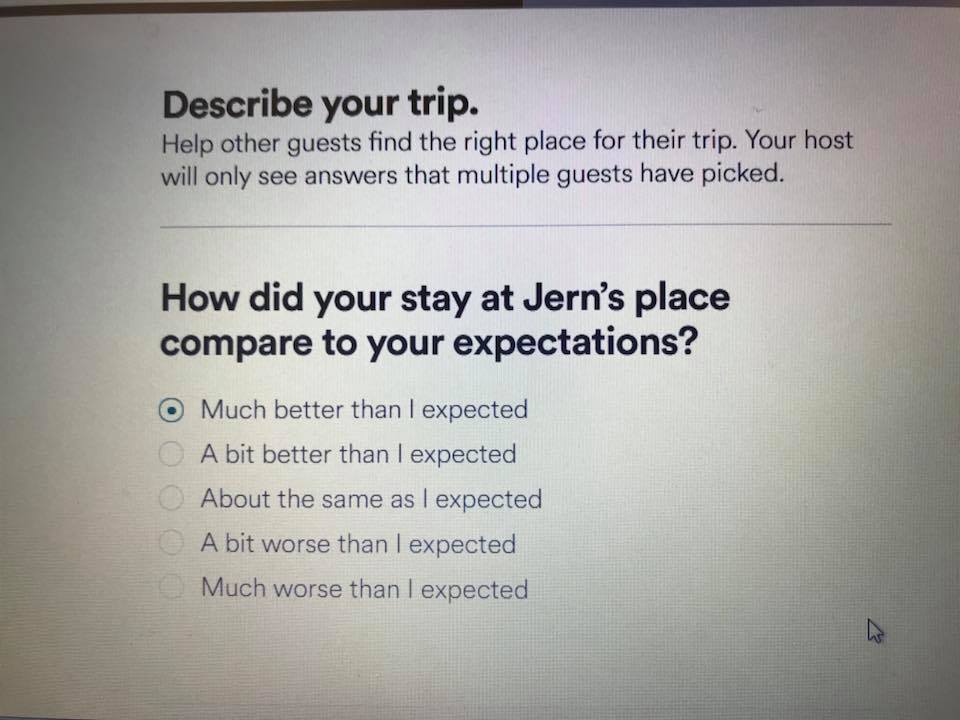 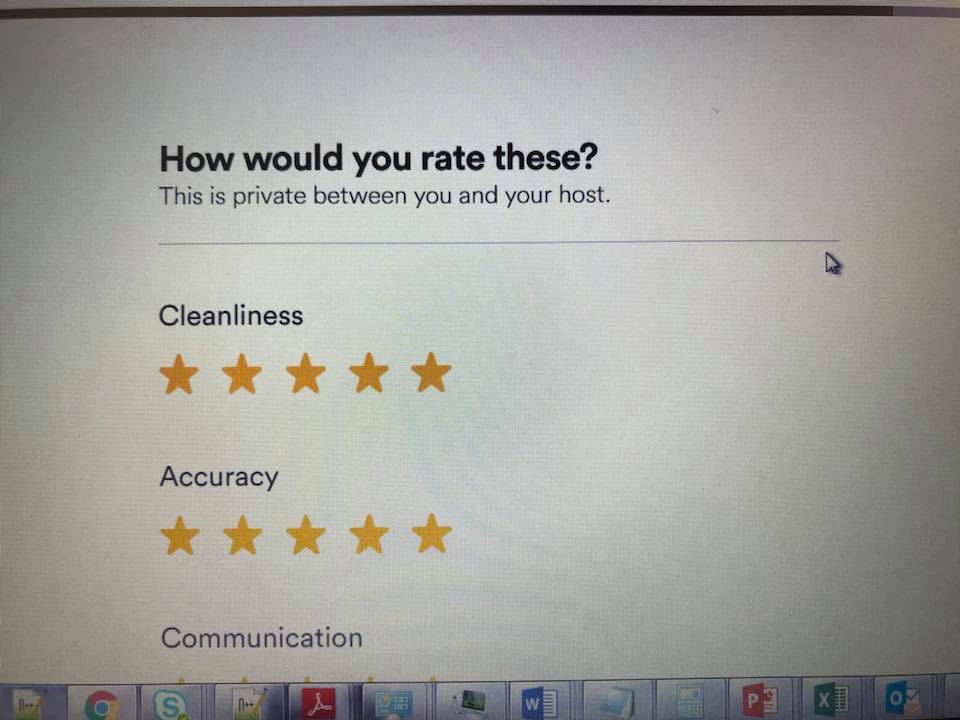 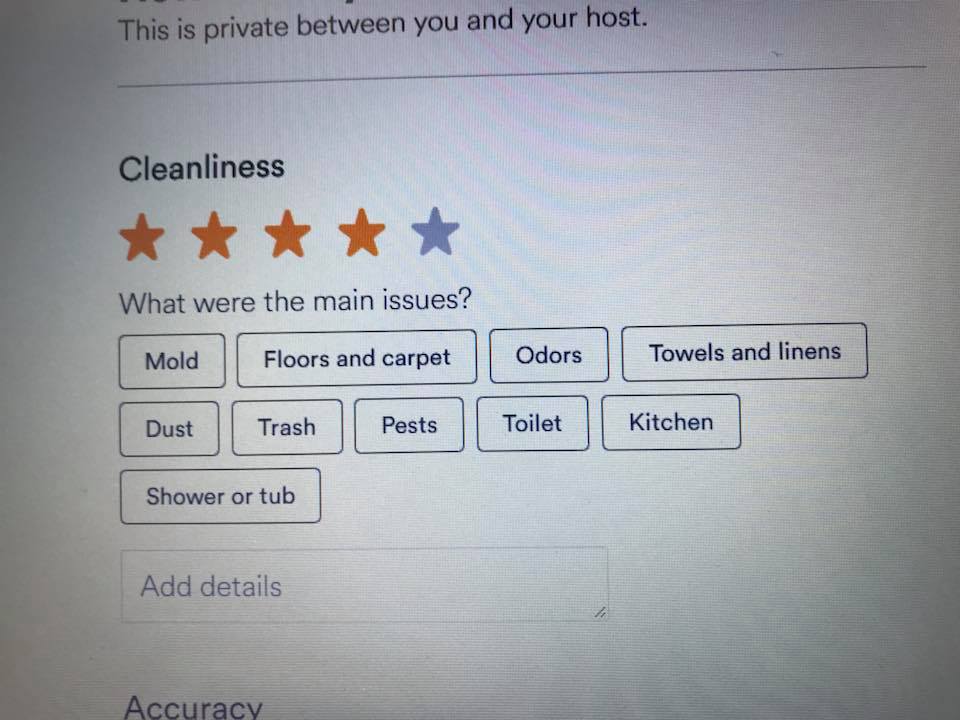 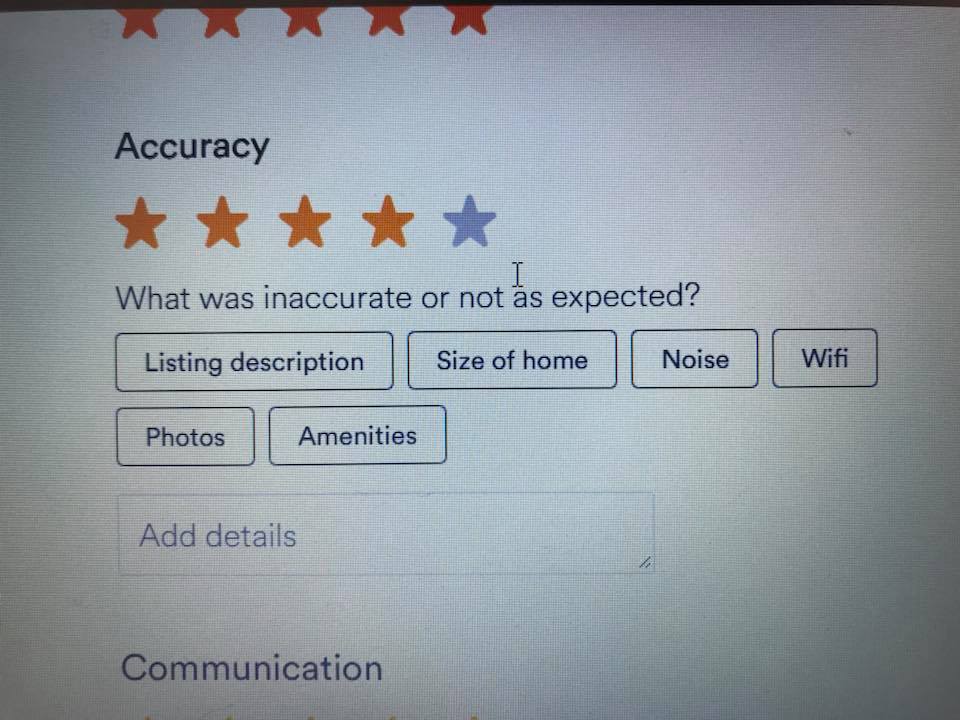 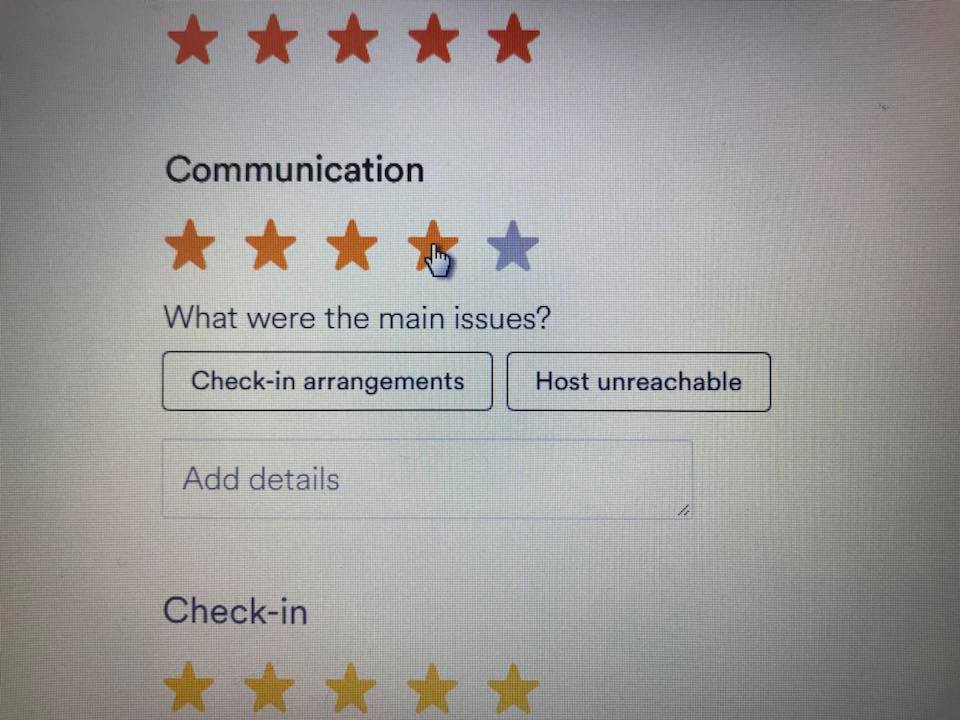 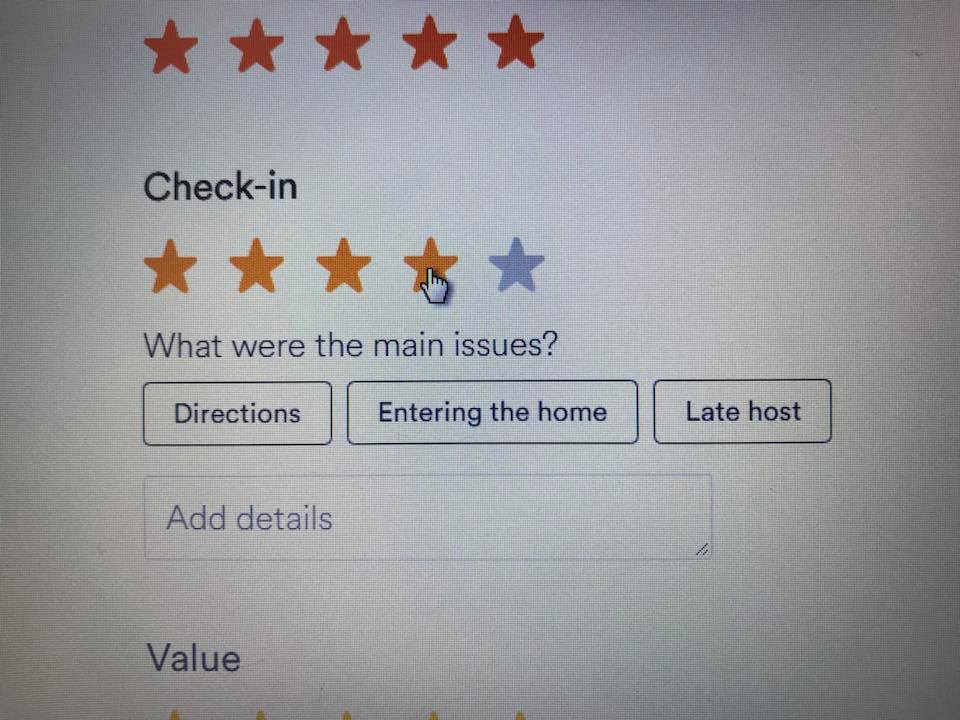 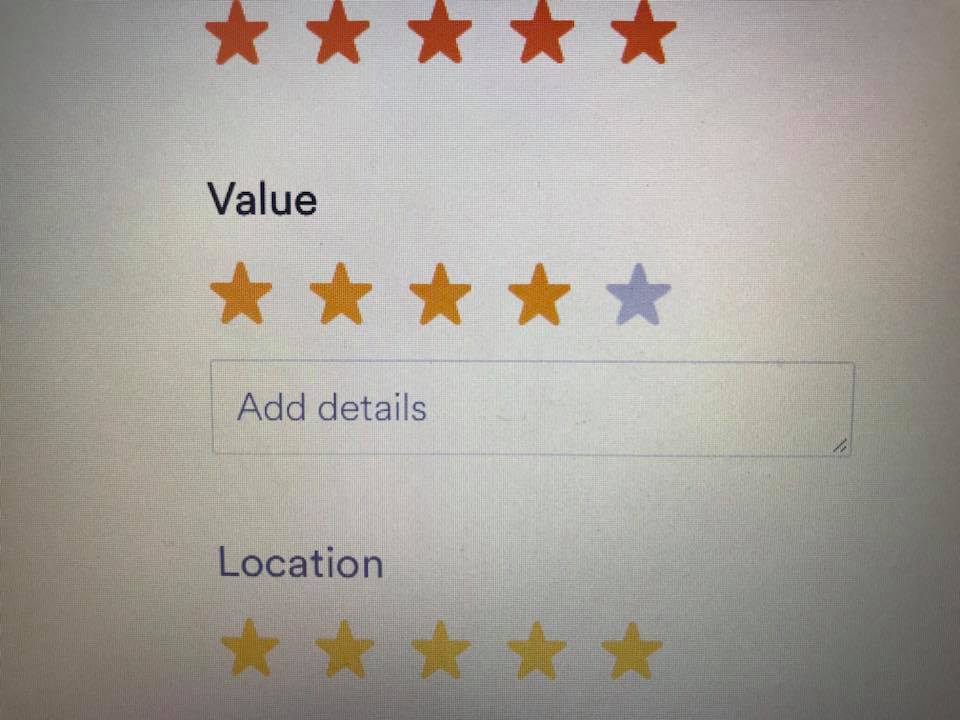 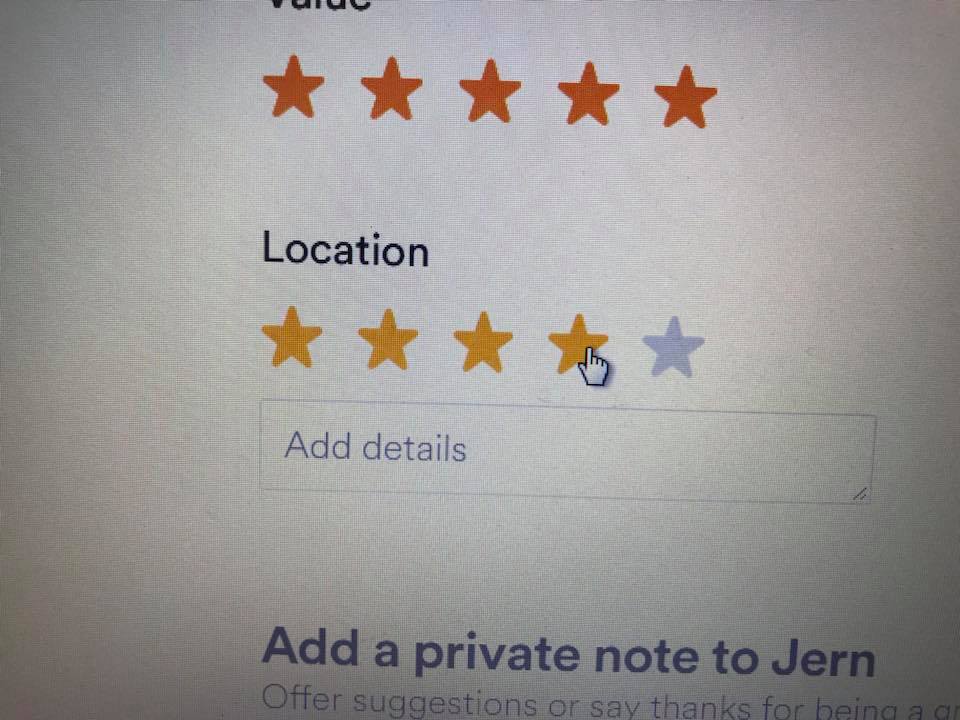 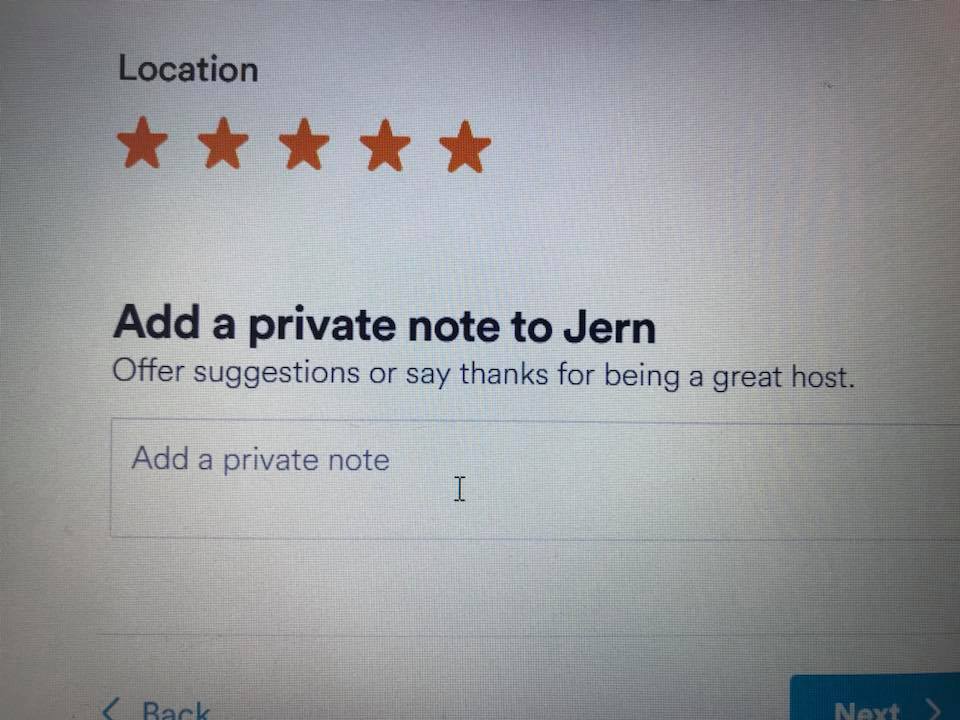 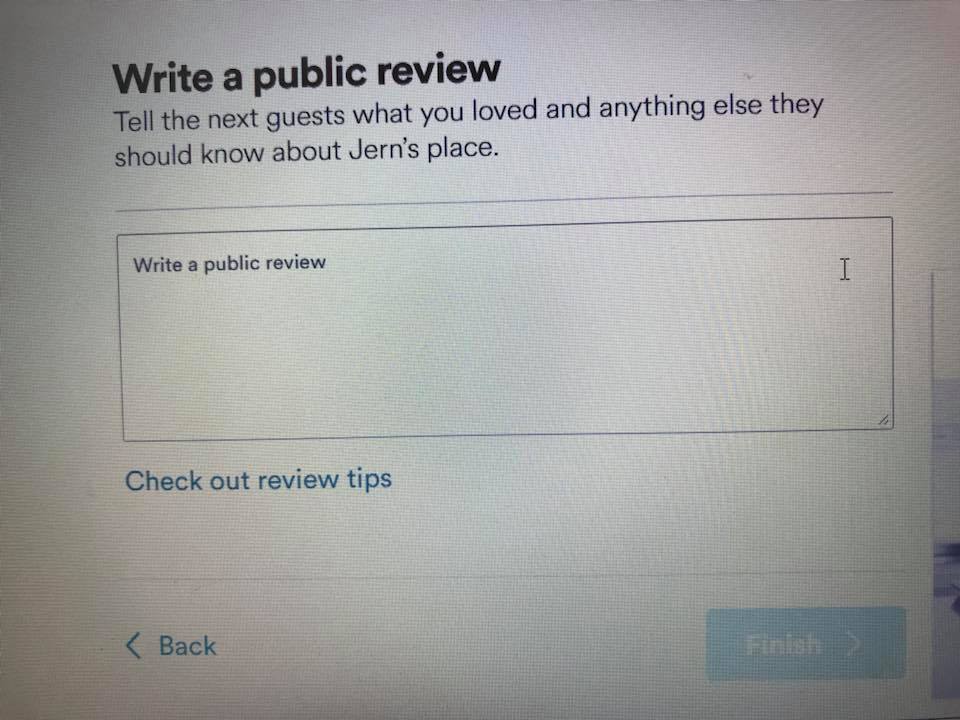 Thank you for sharing this

They need to remind the guest not to violate content guidelines and not think of five star as equating the Ritz Carleton.

It seems like if a guest picks ‘about the same as I expected’ this isn’t a good thing. But surely if it’s as they expected, this should be 5 stars. So now on top of everything else we have to deal with, we’re supposed to be exceeding expectations??

Abstract question, but how can we exceed expectations every time?
Don’t let them have high expectations in the first place?
Does that mean having bad, blurry photos and a careless description is the new way to five-star reviews??

That’s what I mean! How can we accurately achieve something so vague, without being mind readers?

This feels like the same style of thing they use for the customer-facing side of Air, that they use to programmatically come up with descriptions of your place/neighborhood like “historic architecture” and “quaint” in the little boxes near the listing map.

I wonder what they are going to do with that info - if it’s going to generate a similar descriptor list for Air reps so they can get a feel of a listing more easily, and perhaps make it simpler to cull places that aren’t performing well/getting good ratings without a lot (or any!) human interaction…?

Of course there are other uses for that data. But I really dislike the simplifying of complex things into such simple, pre-defined descriptors - especially when the guests filling out the form have little to no idea how much their clicking on one thing or another might have on their hosts.

I think this shows some improvement over the way it’s been.

The first thing I like about it is that it appears the guest gets the all important “overall” star to fill out first, before they are asked to pick apart the place piece by piece. While I agree with @konacoconutz that it would be good to somehow remind guests that this rating system is indeed different than the tradition hotel rating system, I think many, if not most people are most inclined to automatically hit 5 stars as long as nothing too drastic happened on their stay. If they were asked to rate the overall experience AFTER picking apart all the details, they might be like, “Well, I only left 4 stars for this or that, so I can’t really leave 5 overall.”

The second thing I like is that it appears guests leaving less than 5 stars in a category will be asked to say WHY. This is a huge improvement if Airbnb shares this info with hosts. How often have you gotten a random 3 or 4 star with absolutely no explanation or indication of what the guest didn’t like? I’d actually like to see the “issues” section added for the Value and Location stars too, as those are the most vague to begin with, and knowing why people docked stars could be helpful. Could help with listing descriptions and such.

I’m not keen on the compare to expectations thing. It’s also not clear what air intends to do with that data, but whatever it is, it probably won’t be all that awesome for hosts.

It seems like if a guest picks ‘about the same as I expected’ this isn’t a good thing. But surely if it’s as they expected, this should be 5 stars. So now on top of everything else we have to deal with, we’re supposed to be exceeding expectations??

I’m not sure it’s such a bad thing - that 5 stars implies expectations exceeded. Like some folk have already said, how much ever you’ve described your place, the real experience is always different, and the nice touches make a difference.
I provide a detailed list of amenities offered (divided into basics and extras) but still leave some out, for the element of surprise.

But I agree @Gardenhost, if 4 means ‘good’ Airbnb shouldn’t pounce on us for having many fours, I mean it’s not bad to be doing a good job is it!

I think it’s more seeing that ‘met expectations’ line being so far down in the list… that doesn’t seem fair at all. If we meet expectations it means we are doing a great job! Exceeding them is down to the guest themselves and out of our control

Are cane spiders common on all of the Hawaiian islands, or just the big island?

All of them. You see them more in the country but they can also make an appearance in town, scaring the bejesus out of tourists no doubt.

To be honest I have not had a cane spider in my house for ages. They eat bugs so I just leave them be.

When I had a weekend home in Warwick NY we had a lot of Wolf Spiders. I would find them in random places like a bathtub. I named them Elvis, put them in a jar or plastic container and then ran outside with them as they left the building. Naming them helps!

I love spiders, snakes, insects and any natural thing that other people find scary.

I think, after thinking about this new question, I like it. It feels like “Accuracy” all over again, but asked in a way that asks the guest to think about what the listing narrative promised vs. what they actually found.

This question does address some of the anger hosts on this board have about being “dinged” on stars because they don’t compare to a 5-star hotel. AirBNB appears to be trying to ask how did this stay compare to the listing. Isn’t this an improvement?

Until it shows up on your listing as a rating and all you get is “met expectations.”

If they are just putting this out there to put a “bug” in guests’ heads that, yeah, this is exactly what you expected and what you paid for and you should review accordingly, I’m cool with it. But we all know better…

they have this unsettling tendency to pop out of closets and surprise the daylights out of you when you open the door!

Thank you so much, Kona and Karma … I now have the subjects for my coming nightmares identified!

I did a podcast episode about reviews and posted photos about them as well. And I guess they’re different for different folks because in mine they had

“How would you describe the quality of the home?”

How to Master Your Guests Reviews

subjects for my coming nightmares identified!

Sorry! Maybe we should post “trigger warning” in the thread title? LOL.

My son was born and raised here and has terrible arachnophobia. If he runs into a spider web while we are doing yardwork he has to run inside.