Escalating issues with lack of support on Airbnb

I find Airbnb ‘support’ totally useless especially for issues outside of the square. Frustrating beyond belief!! Passed over to different support people with the same generic useless info. Does anyone know where to go to escalate an issue above support? Looks like it’s virtually impossible.

try twitter and ig, they will recheck again, but alot of the times cs is useless

how can it be outsorced, someone responisble has to suspend an account or delete a review, it can’t be someone without access to airbnb internal system.

But most cs sound like AI bots just copy paste same message no matter how serious the situation is.

I think its just their internal policy and only thing that matters to them is how to max out the profit and no care for the host, as we are expandable.

When I have had a difficult issue with a guest, the CSR hasn’t ever done something immediately. I am eith r pushed on to someone else with ability to do something or I have to wait for an answer

I recall when all customer service (cs) was in San Francisco and it was great. Now its generally the philippines and sometimes its lacking.

My advice is keep calling as there are still some CS agents in the US. If you get a dud excuse yourself and call again. Im not sure where you are located but you can also try the SF CS number 415 800 5959.

Failing that email the CEO

Thank you I’m in Australia. I have a Sydney number that just goes to the Phillipines. The agents I have spoken to don’t understand English and I find myself repeating myself over and over. I’m thinking about ditching Airbnb after 4 years, not a happy host!

I do all of my CS correspondence via the air messaging system. I do not pick up the phone. It may take a bit longer but I can track everything they say and take my time composing my replies instead of saying something I shouldn’t. I say things like I respectfully disagree, please escalate to a supervisor and if I don’t hear anything back within 2 days, I get back on and ask again when someone is going to help me. For the most part I don’t expect much help.

I handle frustration with Airbnb support as I do many companies for call or online chat, call again until you get someone who has a clue. Sometimes I feel like I’m talking to the virtual agent when it is a real person. If you don’t fit into their script, they don’t know what to say…

Different CS groups are active at different times of the day whereever you are on the planet. if you’re calling 7am-6pm roughly, OZ time, you’ll always get the Phillipines. But there are other CS centers in Ireland, East Coast US, West Coast US, etc. Try different times.

If a CS agent is obviously reading from a script, demand to speak to a supervisor.

Here is the end of a Thread on Twitter I started Thursday on @Airbnbhelp. I was told Thursday someone would get back to me. No one has contacted me. 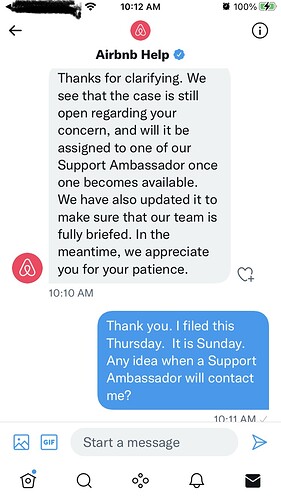 @Jools_Wool what is the actual issue you are trying to get help with? perhaps we can suggest something

I have found the customers services staff I have spoken to have a good command of English I’m surprised to hear they are putting staff who don’t understand English on an English speaking customer service function.

It’s all down to the company that Airbnb has outsourced the work to.

Speaking specifically about English in the case of a non native speaker, very often their listening skills can vary dramatically dependent on dialect/accent of the person they’re conversing with.

A lot of it is down to the version of English they learned initially. Although, like anything, the higher the level they’re at, the better they can deal with variations, but usually folks with C2/C3 (Or IELTS 7+) aren’t doing low level CS.

Even native speakers can struggle with regional dialects/accents. In the UK, think Geordie!

A classic example is where I live, folks aren’t that used to a Scottish accent, and even though mine at times is very mild, it throws them

It works both ways for me, I initially learned Castellano, and I still struggle with the local dialect, Jerezano!

how can it be outsorced, someone responisble has to suspend an account or delete a review, it can’t be someone without access to airbnb internal system.

How can it be outsourced? It is. This article makes it clear why Airbnb CS is now virtually useless.

Meet the Customer Service Reps for Disney and Airbnb Who Have to Pay to Talk...

Arise Virtual Solutions, part of the secretive world of work-at-home customer service, helps large corporations shed costs at the expense of workers. Now the pandemic is creating a boom in the industry.

I honestly wouldn’t know. Always stick to email/message in order to keep an audit trail.

I believe that it’s worth considering here exactly what type of support hosts are looking for. There’s a great deal of difference between a host who needs to contact them because they haven’t been paid for the last four stays and a host who wants CS to contact their guests to tell them to make less noise (even though the hosts live in the same building. Yes, it has happened).

For the most part, hosts can often deal with things themselves rather than rely on a pretty tenuous customer service department. And it’s a lot less stressful.

If Airbnb were to provide the high level of support that (some) hosts appear to expect, then their fees would be a lot higher.

I think I have only called their support 4 times in six years @jaquo I agree often you hear hosts calling CS for issues that they could find out about through the Airbnb Help Website or because they are unhappy about the Airbnb Guarantee or EC policy for Covid or because they think somehow Airbnb will be able to evict their noisy party guests. I do think there is sometimes a strange over reliance on something which is after all simply a marketing platform for our STR business.

they think somehow Airbnb will be able to evict their noisy party guests.

Nonsense. Us in the know hosts have the number for the Airbnb Hosts Special Customer Service Squad, available to deal with parties, smoking guests, unauthorized animals, etc. In fact, any aspect of hosting where the host doesn’t have either the gumption or ability to operate their business without whining to Airbnb, the squad is there, just waiting for the call.

This was the scene from a recent eviction where the guest not only brought six undeclared elderly relatives over for lunch, but left a bathroom window open while the heating was on. 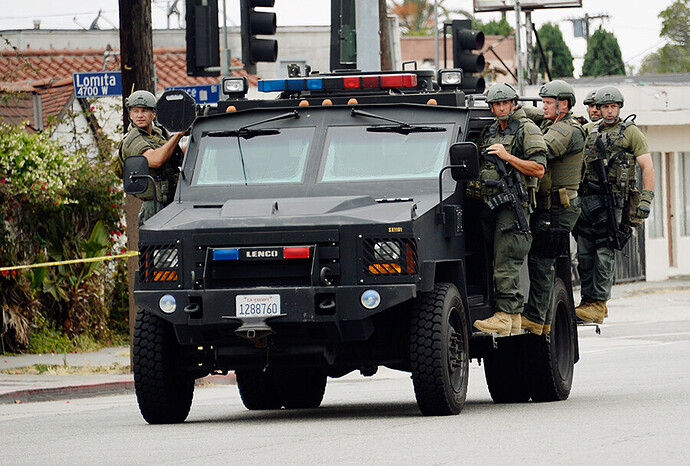