Do we have the record for most house rules?

When we started hosting in April of 2016, we had the basic two house rules. We found out quickly that wasn’t going to cut it! When we have a pattern of some negative behavior/treatment of our guesthouse repeating itself, it will likely be addressed in our house rules. (i.e. - when guests consistently leave the exterior doors wide open while the HVAC is running at full tilt and letting our cat come and go as he pleases in the guesthouse we add a “Keep the door closed” rule.) After a few years and 700+ trips, we are up to 14 house rules! We hate it - but the old “treat our house like your own” wasn’t cutting it. Turns out people must treat their own homes pretty badly! So…anyone have more than 14?

Nope, only two here. And I’ve a feeling that I only added them because when I put the first listing up there was a ‘rules’ section to be filled out so I felt as though I should.

I bet some hosts have more than you.

But it’s easy for me because I’m right on the spot so I can head off any bad behaviour at the pass.

I don’t have too many rules. Just a few:
-No parties
-No unregistered guests on premises
-Quiet hours starting at 10 PM
-No blazing fires in firepit
-No loud music
-No pets
-No smoking inside the house

(i.e. - when guests consistently leave the exterior doors wide open while the HVAC is running at full tilt and letting our cat come and go as he pleases in the guesthouse we add a “Keep the door closed” rule.)

Maybe your need for rules is really a need for simple improvements? Perhaps a door closer on the door that seems to be left open.

I believe that I don’t need as many rules in a homeshare as I would in a separate unit. I am around enough to correct bad behavior before it gets out of hand.

So…anyone have more than 14?

Almost have you tied! 13 rules here. 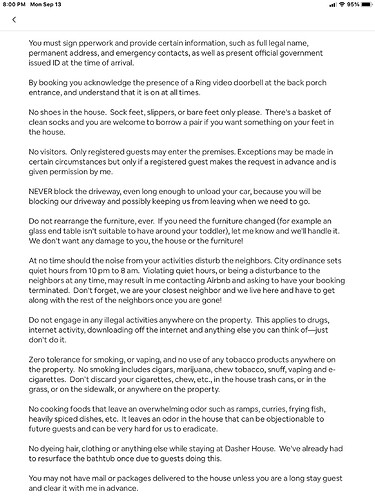 “No cooking foods that leave an overwhelming odor such as ramps…”

What on earth are ramps, pray tell?

What on earth are ramps, pray tell?

Think of garlic on steroids—only worse. They grow wild in West Virginia and are harvested in the late winter and Spring. There are a lot of organizations that hold “ramp suppers” for fund raisers. The smell is so strong and it sweats out of your skin pores.

When I was in elementary school, our teacher would tell students they were not to come to school the day after eating a ramp supper. That wouldn’t fly these days but that was in the dark ages! The smell was so objectionable it distracted the other students who had to sit next to the ramp eater.

Ramps are known by a variety of names such as wild leeks, wild garlic, wood leeks, and ramson but here in West Virginia (and throughout Appalachia) they are most often called ramps. 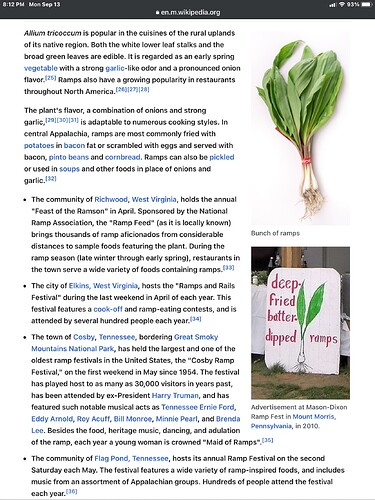 Thank you! That’s the second new thing I learned today.

The first was because a guest had posted on the CC that they had stayed at a glamping listing and gotten a lot of bites that were still itching horribly a week later. They had been to doctors who had no idea what it was and had prescribed topical ointments and steroids that weren’t working. The guests said they thought they were oak bark mite bites (maybe the hosts had suggested that’s what it could be).

I had never heard of oak bark mites, so looked it up. Turns out they will burrow into your skin, like scabies, so I suggested to the guests that it wasn’t just the bites that were itching, that they might have the mites under their skin, in which case they would need to wash with scabies medication- a topical anti-itch treatment, or taking a steroid medication won’t help.

There are so many different kinds of mites, from the ones all creatures, including humans, have naturally, which don’t cause any problem, to scabies, that burrow under your skin, and can be really hard to get rid of, that aside from being somewhere that a certain type proliferates, so that everyone in the area pretty much recognizes what the problem is, you’d have to get a doctor, preferably a dermatologist, to take a scraping and have it tested, because most mites are microscopic.

I had a friend stay for a month years ago and she got some sort of super itchy rash all over while she was here. She thought it was an allergic reaction to something, but nothing she tried would alleviate it.

After she went back to Denver she emailed and said it turned out to be scabies, because she finally washed herself with Nix, and the problem went away. But there was no way she would have gotten scabies staying at my place- not only did I not have them, and they are highly contagious, but my guest room had been empty for a couple of months (this was before I ever started hosting) and scabies don’t survive without a host body for very long.

What I realized it would have been is a type of super tiny tick we have around here that you can pick up when walking in the jungle or through tall grass and she had visited a friend who lived out in the jungle while here. Those ticks stick their heads in your skin and leave bites that itch like mad. So a parasite soap or shampoo would have gotten rid of them, just as it does scabies or head lice.

However, like chiggers, if you realize that’s what it is, you can get rid of those ticks just by showering in hot water and scrubbing yourself well all over with a washcloth, as they don’t actually burrow under the skin. But their bites continue to itch like mad for a week afterwards.

I have 20 house rules but mostly they don’t concern my guests. In fact my last guest said she was laughing as she read through them because she realized that each one probably happened.

It’s obvious that they are to prevent illegal activity on the premises. Mostly to cover myself for Airbnb when I have problematic guest. Things like no spray tanning or hair dying, no guns on property unless you are required by law and you need to provide documentation. No minors on property with registered guest unless related or guardian and so on. Things that I would have thought were common sense but obviously are not.

On the welcome letter, I just list a few such as: please hang up wet towels on hooks and put luggage from the outdoors on luggage racks instead of clean beds.

Here is a LOUD solution to THAT; they will hear a loud sound if left open… 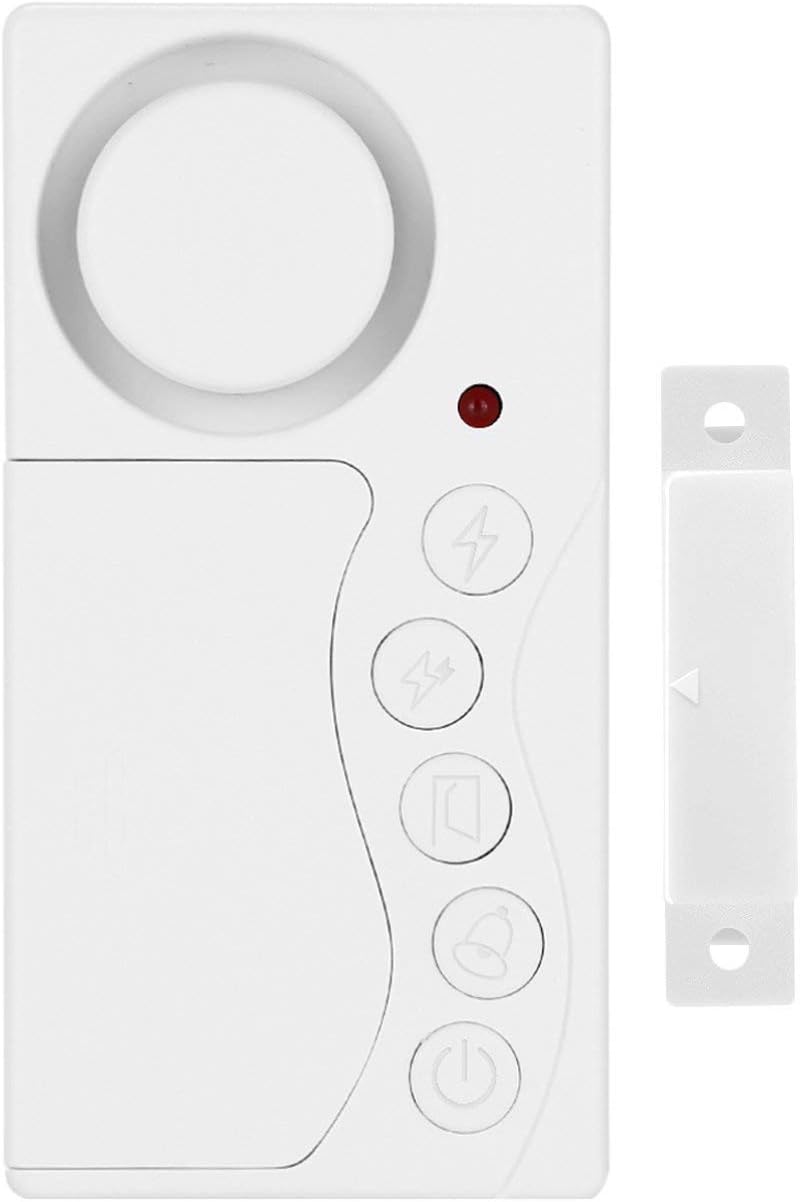 Yes, chiggers is what I was thinking, too. Very thankful we don’t have them in western Colorado.

I’ve had this quite a few times and I simply go and tell them not to do it. Scaring them with the idea of palmetto bugs, mosquitos and goodness knows what else flying through the open door invariably works.

“No cooking foods that leave an overwhelming odor such as ramps…”

Think of garlic on steroids—only worse.

I have seen more than one listing with a house rule against durian, one went as far as “no durian anywhere on the property”.

I don’t know what either of those are.

I don’t have any cooking restrictions like that but HATE the smell if they’ve cooked broccoli.

which is what we do…as well as the potential of a cat we have whose mission in life is to get into our “allergy free” guesthouse! We feel like if it’s in the house rules, the “warning” carries a little more weight.

Interesting…will have to look into that.