Airbnb Adopts Rules to Fight Discrimination by its Hosts 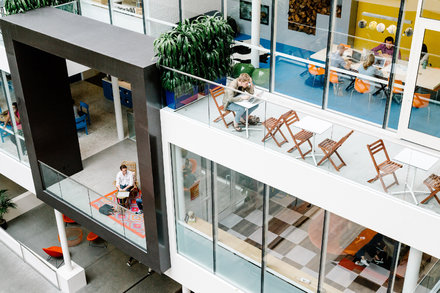 Airbnb Adopts Rules to Fight Discrimination by Its Hosts

The short-term rental company has been facing criticism that some hosts reject renters based on race, religion, gender, ethnicity, age or disability.

The new policies may not be a good change for hosts. The company intends to play down the use of guest & host profile photos, which means we might not be able to see who’s asking to stay at our homes and a guest might not be able to see who they’re staying with. One of the rules of thumb that I was taught by hosts that I know personally: don’t rent to people who don’t use a profile photo, simply because it indicates an inclination towards lack of transparency and a certain level of disengagement. Neither of those traits translate into a good guest.

While the motivation to reduce race-based decisions is worthwhile, the new policies put hosts at the mercy of random accusations by guests. No options were mentioned in the new policy outlines for hosts to defend themselves against unsubstantiated accusations of prejudice. Though I understand that the company had to make a dramatic move to offset the public perception (and lawsuits) regarding the acts of discrimination, I’m afraid that the new policies could be a blow to the freedom of hosts. Most of us are nondiscriminatory or we wouldn’t be openly inviting strangers to stay with us.

I really don’t understand what people think they can discern about people from a photo. Some of my best guests have not had their photo in their profile. On the other hand, The Boston Strangler’s modus operandi was to charm his way in to his victims’ houses as he looked and acted so unassuming.

It’s more a safety thing. Let’s say you host someone who steals or breaks something. You file a police report. They ask, what did the person look like? And …you have no photo.

I really don’t understand what people think they can discern about people from a photo. Some of my best guests have not had their photo in their profile

I agree. I’ve had many guests without their own photo on their profile. I’ve also had guests who look nothing like their photograph even though I can tell that it’s the same person.And anyone can upload any photograph.

I like the photos, but VRBO and HomeAway don’t have photos and, really, they’ve been in this business waaaaay longer than Airbnb and manage to fly under the radar. And my worst guests have been Airbnb people, not VRBO.

As long as no one ever does anything wrong on your property you are fine and safe. But it’s like wearing a seat belt. Maybe nothing will happen while driving to you if you don’t wear it. But it’s more secure than to not wear one.

I wish I understood what you mean.

I have never declined a reservation request based on the photo though I declined requests from profiles without photos (and to be honest, if you want to do some guest profiling, name and country are often enough).

It’s true that you can’t learn much from a photo, but I think it just feels better knowing what the person you’ll host looks like. Plus it’s sometimes useful when you get a request for two guests and the photo shows a family of 5.

it’s not that important (it’s a matter of minutes) but it’s a better experience.

nor did the beautiful white couple whose photograph had the two of them sipping from a giant liter sized margarita glass with two straws, at a similarly overflowing table.

Those two winos may have been the ones that came to my island over a year ago, and were plastered from the outset, and had two young boys with them, which I had to look after for hours. The worst guests I have had. I should have paid more attention to the picture of them sharing a margarita, and picked up on the warning.

Thank you @Robert_Dudley. Revealing photos help us to act on our good instincts.

If I’m about to give someone the keys to my place then I believe it will not kill them to upload their real photo. If they are not prepared to do that, then why the hell should I let them into my apartment? Truth to be told, and as @jaquo mentioned, anyone can upload any photo. That’s why I want my guests to have a verified government issued ID on file (with Airbnb). That’s an option that hosts can use. I’m also required to collect tourist tax as well as electronically pass on basic information about my guests to the municipality (name, last name, date of birth, permanent residence, nationality) for statistical purposes. For this purpose, I send my guests a simple google form so they can pre-check themselves and fill in the above mentioned data. This is another layer of protection.

@Robert_Dudley I agree. Even though a tiny photo of the guest is no silver bullet and not 100% accurate (by far not), I think a photo does tell something about the guest.

That’s why I want my guests to have a verified government issued ID on file (with Airbnb). That’s an option that hosts can use.

Apparently, even having a verified government issued identification isn’t enough. My last guest was seventeen years old. He was definitely not mature enough to travel on his own. I called Airbnb and got an unhelpful customer service representative. I told her that I couldn’t understand how he had gotten an account as one of his verifications was a passport. She said that if he had angled it a certain way the date of birth would have been unreadable. I doubt that he was trying to hide his age as he immediately told me that he was in high school. Also, he wanted to go to a shooting range and asked me for assistance. I asked him how old he is and he answered, “Seventeen”. When I told him that he can’t go to a shooting range unless he is eighteen or has a parent or legal guardian with him; he told me that one of his classmates went.

So no photo, exactly the same situation as if anybody else broke into your home and stole something.

Me too. I’ve had guests who use avatars, couples who use a photo of the woman only, people who use a photo of their pet and grandparents using a photo of their grandson. I usually use it as an icebreaker when we meet and say: “oh, you don’t look anything like your photo :)”. Several times I’ve gotten a slightly uneasy feeling based on the photo and they’ve turned out to be really lovely people. And visa versa I’ve had a couple of racists who looked very sweet in their photo. Now that would be something I’d like to see on a guests profile. are they racist/sexist/homophobic?

If you reject people based on their photo how do you know your instincts are any good?

@JamJerrupSunset : I’ve never rejected anyone based on their photo. Honestly I can see both sides of the issue and appreciate everyone’s experiences and their generosity in sharing those experiences here.

My preference is to see a picture. Since we are inviting strangers into our homes, a picture makes it more personal. Plus, I am an African American and I want people to know that before they book.

So, I prefer that pictures are provided both ways.