Does Airbnb have an explicitly stated policy on offering guests earplugs?

No, they do not. Is there a story here?

Hello HollySykes and welcome to the forum. Why do you ask?

HollySykes - the heroine of David Mitchell’s The Bone Clocks

No, there’s no policy. If your place has traffic noise or worse, then it’s a good idea to offer them. They’re cheap. However, guests who have a hard time sleeping when there’s any noise should have the forethought to travel with their own.

Of course there is a story

I want to try to keep it simple.

My property appears as a two-story single family home, but it is actually zoned multi-family with two units that have separate entrances. I occupy the upper level and the lower level is my ABNB. I am a superhost with over 150 stays and have never had a guest complain about noise.

To cut to the chase, I am a female in a profession where I must regularly speak in a firm but polite manner. I can enter a tense situation very calmly. A guest pounded on my door police-style at 1:30 in the morning telling me to “Knock it the fuck off.” Apparently I was too loud. (I assure you, I was not.) I responded professionally and offered him earplugs. This put the guest into a rage. He responded to my offer of earplugs with “No, I want you to knock. it. the. fuck. off.” He was attempting to intimidate me and in his rage was posturing an intent of violence by puffing out his chest and flexing (tightening/contracting) his upper body muscles. I am professionally trained in de-escalation, and that also means recognizing when exiting an interaction as quickly as possible is the safest thing to do. I did not know if this guest was mentally compromised, had a gun, or intended violence. I called Airbnb and let them know I did not feel safe in my own home. I immediately got a case manager, and sorted out the situation.
The next day/one sleep later, I received a call from a different Airbnb case manager. This case manager did not reveal they were calling on the guest’s behalf until midway through our conversation. This case manager told me that Airbnb hosting guidelines discourage offering earplugs for noise complaints (real or imagined.) I told her I never had read anything about discouraging offering guests earplugs. I encouraged her to read the notes regarding my own middle-of-the-night call and told her I wanted to speak with the case manager I contacted 10 hours ago.

I am pretty amazed that out of all of the poor behavior on the guest’s part, I was more or less told I should not have offered earplugs.

No, what’s gone on here is that the guest has given Airbnb the impression that you said (more or less) that you wouldn’t turn the music down (or whatever it was you were doing to make a noise at 1.30 in the morning) but instead your only suggestion was that he use earplugs.

It seems that you had a crazy guest and a dumb ‘case manager’.

The guest has probably led Airbnb to believe that you wouldn’t stop making a noise and rather than stop, you just said ‘use earplugs if it bothers you’.

This guy sounds unhinged. That said, I wouldn’t offer ear plugs. We use these. $20

Not because there is noise. Because my husband can’t sleep without ambient noise and we have one at that house. They are also very nice for people with tinnitis. It has different soundtracks. Rain, babbling brook, woodlands sounds complete with crickets, or plain old static (yuk). 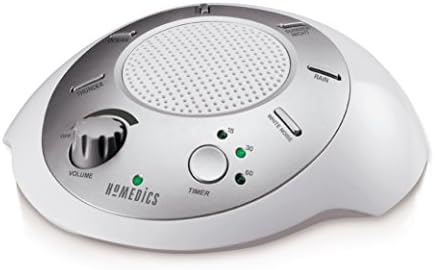 We also offer a white noise machine. Small investment, almost no one uses it but often gets a response of “You thought of everything!”

I am pretty amazed that out of all of the poor behavior on the guest’s part, I was more or less told I should not have offered earplugs.

Unfortunately you’re dealing with people reading scripts. I agree with the others. White noise machines. I have one in each bedroom. They work so much better than ear plugs for me. They soothe you to sleep and drown out noise. Mine don’t make any noise but a constant fan sound.

A guest pounded on my door police-style at 1:30 in the morning telling me to “Knock it the fuck off.”

I will start by saying that I believe the guest acted inappropriately and don’t condone how he handled the situation.

Apparently I was too loud. (I assure you, I was not.)

Despite your assurance that you were not too loud … No matter how “calm” and “professional” you were, I suspect that someone or something was TOO LOUD at 1:30am, otherwise your guest would have been asleep and not causing a scene.

I responded professionally and offered him earplugs.

I think you could have diffused the situation better by first apologizing and then acknowledging that it was 1:30 in the morning and maybe the sound traveled in a way that you were unaware. Instead you essentially told him it was his problem, that you were going to continue doing whatever you were doing, and the resolution was earplugs. You poured gasoline on a fire. The reality is you should have been more considerate of your GUEST.

I am a female in a profession where I must regularly speak in a firm but polite manner. I can enter a tense situation very calmly…I am professionally trained in de-escalation, and that also means recognizing when exiting an interaction as quickly as possible is the safest thing to do.

It seems that you had a crazy guest and a dumb ‘case manager’.

Which, these days, is a far too common occurrence, especially the untrained airheads they now present as Customer disService.

If I had been a single woman in your situation, I would have asked the rational CS rep that you had to book him somewhere else, yes, even in the middle of the night. Threatening anyone with violence is grounds for that.

Are sexual remarks permitted? This is inappropriate and not funny. I am sorry that is your go-to when presented with the idea of a female who must speak in a firm but polite manner. I would say lawyers, judges, EMTs, mental health professionals, teachers, police officers, and dispatch are more reasonable assumptions.

Thank you. The offer was made, but the situation remains…

Of course I apologized. That is the de-escalation. Did I need to provide a transcript of the entire interaction? No.

When did a conversation about earplugs become a condemnation of my hosting abilities? This is unwelcome advice.

Homeboy had a fight with his wife, and he took it out on me. Done. I was alone and sleeping at 1:30, which is how I can assure you I was not too loud. Wow. The assumptions!!

Thanks but no thanks for the “wisdom." I am a superhost for a reason. I simply wanted to know if there was an official Airbnb policy regarding earplugs.

The scripts can be exasperating! I may as well be talking to a chat-bot. I have had great case managers, but I suppose over time you sometimes get a perfect storm of bad guests and ignorant case managers.

Thanks! I did not think of it in those terms. I appreciate your honest advice. I can’t control anything other than myself, so I offered what I would have personally used if I were in his situation.

Nice catch on my name!

I suspected a policy did not exist. I appreciate your honest and non-judgmental response.

I am a superhost for a reason.

There are many topics here that discuss “superhost” status, how to obtain, and its merit. I won’t repeat any of that but I find the way you use it to justify your credibility is very much like Trump telling people how much of a genius he is.

Did I need to provide a transcript of the entire interaction? No.

I was alone and sleeping at 1:30, which is how I can assure you I was not too loud. Wow.

I was just commenting on the facts as you had originally written.

If you were asleep and he was telling you to “keep it down”, that gives a very different impression than the way you originally described the scene. You still have not stated what the noise he was complaining about, that you were remediating with earplugs. And you confuse matters again, when you say “I was not too loud”, which seems to contradict that you were “alone and sleeping”.

Something doesn’t add up, but you got the answer you posted about on earplugs -> Mission Accomplished.

Not when the subject is noise at 1:30am. And for the record, sex work is work, just like the other professions you listed.

Now that you say you were sleeping, though, I’m changing my guess to “Snoring?”