Some hosts have issues with their guests being unreasonable. In academia, it this is known as complexity.

At my business school, we were taught about ancient Greek philosophy that tries to organize convincing people using Rhetoric. When you get to grips with this, you realise that when you fail to convince people about your approach, you may simply of not considered it from their point of view.

I feel that when you believe this it can take the sting out of criticism and make you adjust your approach going forward… what MBA school calls iterating.

How do you adapt when your guests complain?

Ask ten friends how they like their coffee and it’s likely you will get ten different answers. Some like it fast and hot. Others may…

i don’t agree that you should cater for the ‘average’ person.

In marketing terms agreed wisdom is that you cater for your target customer/s not an average Joe/Jill.

I wouldn’t try and convince guests of my approach. Anyone who runs a business should know that they should develop it in such a way that it meets their customers needs.

It would be great if you could start off your discussion by answering your own question. how do you adapt when customers complain…

It’s an interesting article, but I didn’t learn a lot so we must already be doing a lot of things right

• Logos:
Do the lights work? YES
Does the toilet flush? YES
Are the floors clean? YES

• Ethos:
Does your offering convey a sense of ethics and authenticity? YES
Is it priced fairly? For us or for guests? Just kidding! YES
Have you described it honestly? YES
Is it safe? YES

• Pathos:
Does the home feel welcoming? YES
Is there an element of pleasant surprise? YES
Are you proud of your Airbnb? YES

I know these are just examples, but isn’t this all very much common sense? I always say: Safety, cleanliness and friendliness. And all that is extra to that is a bonus.

I agree @GutHend this is all very much common sense and also covered in the advice Airbnb already offers hosts.

Thank you for sharing the article.

Like @GutHend , the article helped me to logically evaluate my performance & motivations as a host.

Every so often it is good to see affirmation that I am trying to manage my Airbnb listings correctly and/or have an opportunity to recognize if I could to do it better.

Great article. I think that if you are truly proud of your
Property guests see that. Most guests respect our business and reward us by writing a good review.
Its smart to pay attention to all feedback and make any improvements. Yes it’s just common sense.

Humm I can see I missed on this one a bit. Sorry.

@Helsi, we are in agreement that one should not market to the average person, they are way too complex for that. That was what the Airforce was doing wrong with their fighter seat.

Classical marketing taught in Business School is to segment the audience and target accordingly.

Market segmentation is the activity of dividing a broad consumer or business market, normally consisting of existing and potential customers, into sub-groups of consumers (known as segments) based on some type of shared characteristics. In dividing or segmenting markets, researchers typically look for common characteristics such as shared needs, common interests, similar lifestyles or even similar demographic profiles. The overall aim of segmentation is to identify high yield segments – that is,...

The temptation for hosts to capture larger market share by appealing to the broadest segment I think is flawed. A segment by its very nature is going to be an amalgam of multiple personalities identities etc AKA an average. Segmentation is great for selling soap powder but not experiences.

I can see I didn’t really answer my own question clearly. Here’s another stab at it.

A strategy of creating an offering that appeals to a broad segment (average) does not fix peoples appreciation of Airbnb because the people that inhabit them (both host and guest) are complex non-trivial machines. The output of all human actions feedbacks into the input of the solutions. (eg when we are in a bad mood everything is bad).

Another approach is to learn about our Airbnbs by examining the gaps in what we present as hosts and what the is perceived by the guests using the lens of Logos, Ethos and Pathos.

Instead of thinking we have robust offerings of fixed Logos, Ethos, Pathos… we should take the feedback and examine it using the Rhetoric dimensions and alter accordingly. In Complexity this is called Probe Sense and Respond. I call it nurturing. The Cynefin framework (/ˈkʌnɪvɪn/ KUN-iv-in) is a conceptual framework used to aid decision-making. Created in 1999 by Dave Snowden when he worked for IBM Global Services, it has been described as a "sense-making device". Cynefin is a Welsh word for habitat. Cynefin offers five decision-making contexts or "domains"—obvious (known until 2014 as simple), complicated, complex, chaotic, and disorder—that help managers to identify how they perceive situations and make sense of their own and other...

I need to work on that a bit, but hopefully, it makes a bit more of an answer.

To be fair many frameworks are accused of being simply common sense. I think this is because they chime with what is considered instinctive. Aristotle’s work has mostly stood the test of scrutiny for 2000 years.

The trouble with common sense is that it can be wrong as in the US Air force’s attempt to commission an average seat. Common sense alters with time, culture and technology. For example, even the great Aristotle in his attempt to document common sense got slavery pretty wrong.

What I find that is good about frameworks is that it gives a process to thinking or a checklist as @GutHend has instinctively done in his reply. This is what Kahneman calls a heuristic or a rule of thumb. Because we have two sorts of thinking: fast and slow, a checklist is a great way for your fast brain to process what our slow brains do if we had the time. 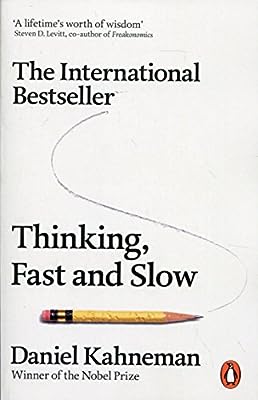 That was a whopper of an answer.

I’ll do better next time…

It depends of the suggestions. If it’s something common sense that somehow escaped me, I’d tank and apply it. if it’s a list of nit picky things I’ll ignore it. Granted, people have different tastes and they will react differently to my 100 year old house. I had some people from Texas who hated it (too old). Others history buffs like me, loved it. and everything in between.
I give bullet point instructions and yet, some people have difficulties finding the house, door, number, whatever, even if I have pictures attached and I send the same instructions to everybody. You can’t satisfy everyone. I just stick with the idea that I have to offer the same amenities as in hotels or better.
Basically I put myself in the guests place and try to see through their eyes. Do they have enough pillows of different densities? Enough blankets if they are too cold? Enough towels?