What to do anout upcomng reservations with guests travelling from Russia

I have an upcoming guest coming to my Canadian Airbnb from eastern Russia in July. Given current circumstances, I have a few concerns.

1. Unstable/unreliable reservation in spite of guest’s best intentions – I can’t really count on this working out to the same extent I can count on Non-Russian guests
The guest’s travel plans are subject to involuntary cancellation because:

2. I don’t think cancelling civilian tourist guests from Russia will contribute to sanctions pressure on Russian economy, but… am I right?

Anyone else have thoughts?

Anyone else with upcoming reservations with apparent civilian tourist guests from Ruissia?

Chances are that they will have to cancel. Yesterday British airlines and Delta airlines banned the Russian airline, Aero Flot. I’m sure many will do the same. I highly doubt AeroFlot goes non stop from Russia to Canada. If you’re able to cancel without penalty, then I think you should so you can rebook.

I support Ukraine but don’t support punishing ordinary Russians. Unless you have the kind of listing that would attract Russian billionaires, no, you can’t pressure Putin by refusing Russian guests. That said, all your other concerns are legitimate. I wouldn’t cancel but I would message the guest and remind them of the policy.

It seems to me that there’s a good chance it gets taken out of your hands. But if you are concerned that you will miss out on being able to rebook that time it might be in your best interest to cancel.

Well that’s the question: can I unilaterally cancel without Airbnb penalty on the basis that there is a reasonable possibility that, when the time comes, he will be unable to get out of his country.
I am a SupeHhost with two listings – one is a perfect 5.0, the other is 4.96 with only one non-five-star review. i don’t want to mess with that.

1 Like
We need details on Chesky's "Airbnb is suspending all operations in Russia and Belarus"
Sparky_O_Reilly February 26, 2022, 2:22pm #5

Unless… the reaction of “ordinary Russians” to cancellation is "F##king PUTIN!!! This is all your fault, Vlad "

I try to treat others the way I want to be treated (NOT always successfully). I wouldn’t want my foreign hosts refusing to host me because Trump was president. If my host canceled on me I’d blame the host.

What if the foreign host cancelled you because they told you – quite reasonably – that Trump’s current policies make it very likely that you will be unable to travel to their country at the time of your reservation, and you knew that this was indeed true… that Trump had somehow turned you (and all Americans) into an “unreliable traveller” who couldn’t be counted on to be in a position to travel even if you wanted to.

How about contacting the guest to see if they would like to cancel? They might be worrying about the same thing.

My answer isn’t changing. I’ve re-read your question and you asked “am I right?” I don’t think you are. However, people do things all the time in the name of “it’s a business” that don’t align with my values. So, you do what’s right for you. Given your long list of reasons to cancel it seems your mind was made up before you posted.

from eastern Russia in July.

You’ve got some time before a decision is required.

When do you usually book July? Can you pause for a decision until then?

Yesterday’s article on CNN stated for now travel from/to & to/from Russia is uncertain. A significant area of airspace & Airports are blocked from flights.

Unless… the reaction of “ordinary Russians” to cancellation is "F##king PUTIN!!! This is all your fault, Vlad "

From what I’m reading, the average Russian is already saying that. There’s been a lot of Russian protest over the invasion, more so than one would expect given Putin’s penchant for jailing and disappearing his detractors. 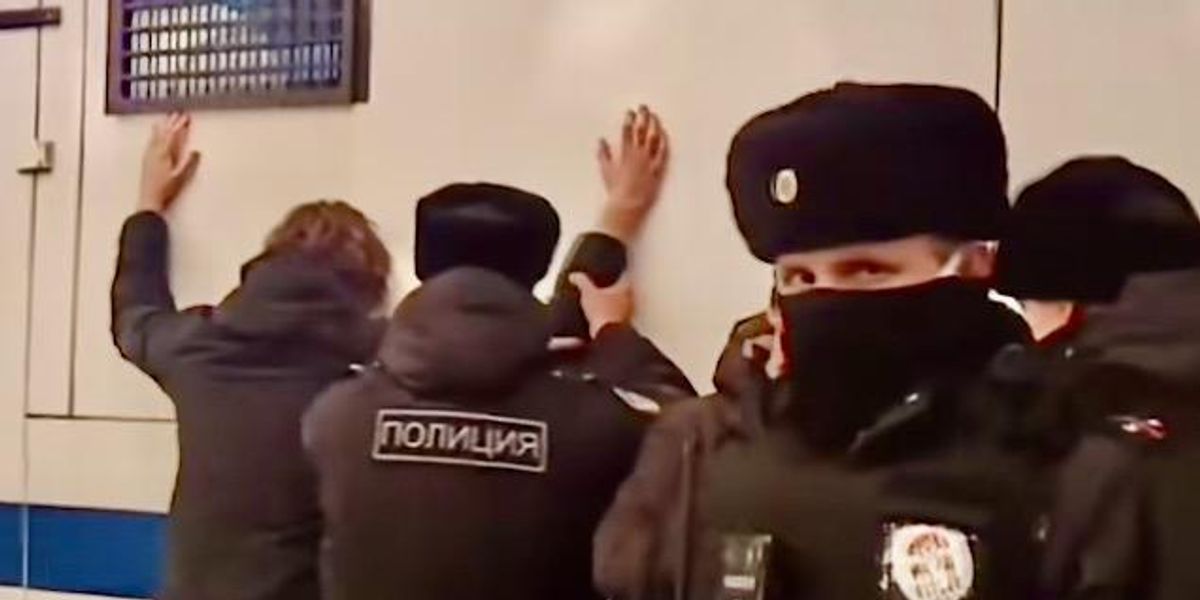 Hundreds of anti-war protesters were detained in Russia on Friday following over 1,800 arrests the previous day, as Russian President Vladimir Putin directed a brutal and long-anticipated invasion of Ukraine."It was important for me to show that...

Not made up – totally on the fence.
That’s why I started this discussion thead.

When do you usually book July? Can you pause for a decision until then?

Given your long list of reasons to cancel it seems your mind was made up before you posted.

I agree. maybe you should do a long list of reasons why you shouldn’t cancel this booking?

It seems to me that there’s a good chance it gets taken out of your hands.

Very likely, given the backlash from many countries against anything Russian, apart from their vodka and caviar of course.

I am a SupeHhost with two listings – one is a perfect 5.0, the other is 4.96 with only one non-five-star review. i don’t want to mess with that.

Only you can make that decision.

We’ve pretty unique perspective here, my OH has several students from Russia (Moscow & St Petersburg), one from the Ukraine and a few from other neighbouring countries. This wasn’t a conscious choice, but simply the fact that the English exam sectors she specialises in are popular in these countries.

Her Ukrainian student has been with her for some time and they’ve struck up a bit of friendship, in addition to being teacher/student. For the past few days they’ve been in contact a lot, from a normal lesson scheduled for Wednesday it is now D keeping us updated with her and family’s progress as they flee towards the west.

Sadly, her grandparents are still in Kharkiv, they were unable to get out in time and their situation is pretty dire. I won’t go into details.

Being unable to help is a bit frustrating, we can’t even get cash to her via Western Union which right this moment would be the most practical assistance.

As of this afternoon, they are still in Ukraine, safe for now, but uncertain as to what happens next.

The flip side to this is her Russian students. One is youngish girl and she believes everything she reads in the (Russian) newspapers, and was complaining that the BBC were publishing lies about Russia nd the Ukraine! The fact their family has a holiday dasha in Belarus should also give a wee indicator of their allegiances.

Another Russian student, a forty or so year old supply chain professional has a far more realistic attitude, he is totally against the invasion and as are many of his friends. I don’t believe he’s been out on the streets protesting, but maybe he’ll change his mind. There have been, according to A, thousands of arrests in the centre of St Petersburg of young folks who were showing their displeasure of this act of aggression. Press reports suggest this is happening all over Russia.

There’s been a lot of Russian protest over the invasion, more so than one would expect given Putin’s penchant for jailing and disappearing his detractors.

Given the rapid, and violent, response to these demonstrations, I suspect that it was planned well in advance of the invasion.

Very likely, given the backlash from many countries against anything Russian, apart from their vodka and caviar of course.

It’ll be interesting to see whether Airbnb continues to operate in Russia. (They do now).

As others have said, the best way to proceed here would be to discuss it with the guest. They will probably know more about the likelihood of travel embargos more than we do.

As the stay is in July though, if it were me I wouldn’t think about it at this stage. Who knows what’s going to happen between now and then?

I think I’ll wait a couple of weeks – the more restrictions are actually in place, the more reasonable it will seem to the guest that I am reaching out to discuss concerns. Right now it’s still a bit grey, but if the west blocks SWIFT and Canada cancels/declines tourist visas and nobody at all is flying in or out of Russia except North Korea, then the guest is less likely to think I am over-reacting when I say “We’ve got a problem here.”

I am concerned whether my current eastern European guests are operating a legal business, thankfully not within my home. Their pattern of life and refusal to answer the most bland question makes me feel quite unsettled. I would like to talk to their previous hosts. Is it possible?

I would like to talk to their previous hosts. Is it possible?

You can click on your guests’ profile and see their reviews and previous hosts, who you can contact on that page.