Warning for hosts: stay away from aviva iq / aviva away / aviva consulting group

I wanted to stop fellow hosts from making the mistake i did. Stay away from aviva away, their messaging tool aviva iq, or aviva consulting group. I used one of the tools they created and ended up canceling because it was overpriced, buggy, and barely had any features compared to similar tools. A year later, they improperly charged me nearly $1000 even though i canceled. When i let them know, they admitted to overcharging me but then never sent a refund. I tried calling, texting, email, and even reaching out on airbnb. Josh’s communication is so bad i was surprised when he actually responded. If this is how they handle something simple that can be addressed in minutes with a few clicks, imagine how much stress you’ll have when theyre managing your rental property.

Never heard of them @Ben_Hooper

Have you taken them to small claims court for your money back?

I don’t know but he used to try to promote his thing here. 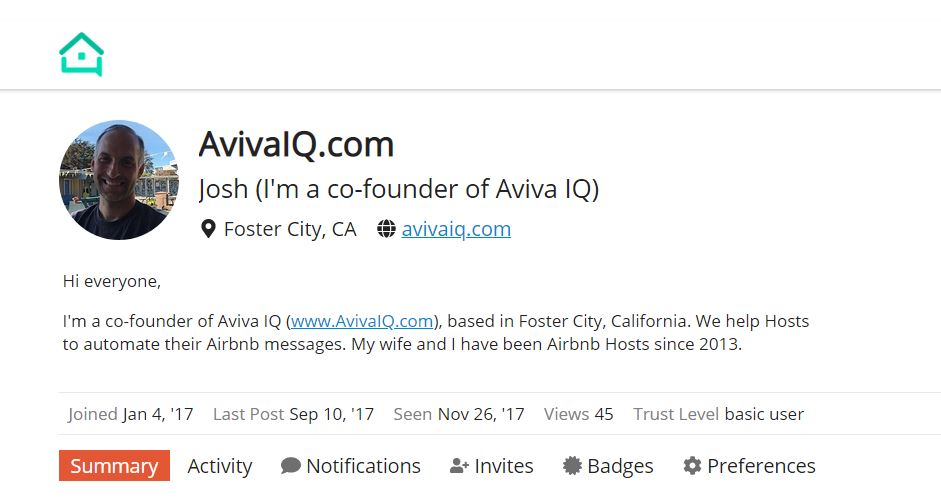 Did you try to get a refund from your credit card, or take them to small claims court?