Vaping in your airbnb

Does anyone have a problem with people vaping in their airbnb’s? A guest left this morning and there was a lingering weird smell. I have a super nose just wondering if it is worth is to worry about. I know the vape smell takes quite some time to get rid of, but can it do damage? Wanting to hear your thoughts. I would never mention anything to a guest, i don’t have a vape detector and this is only the 3rd time that I have thought maybe they were vaping. Have a good day humans.

Can it do damage to what?

If you haven’t already, invest in an ozone machine to get rid of smells. It’s an essential bit of kit imo

Wow, an ozone machine, i’ve never heard of one, Amazon time!
As for vaping, my wife vapes in the house a lot, never caused any issues, it’s been 5 years now so i guess it never will.

Be very careful with an ozone machine. It can do far more damage than vaping can do. Dangerous for all animals and plants (as in every living thing). Dangerous for original artwork. And probably more.

You didn’t indicate if the vaping was nicotine or marijuana. Personally, I don’t allow any vaping on my property.

If you are used to the smell in your own home, you probably don’t detect it like an incoming guest might. I don’t mind it myself, and any smoking or vaping guests have always done that outside, but I know a lot of guests aren’t respectful.

We are a strictly no smoking and no vaping, policy on our listing and in the room (I don’t smoke or vape and no one does in our home). People can easily get away with vaping in our airbnb as how am i going to prove it, right! I don’t like the smell at all, some are really sweet smelling and this one this morning smelled like peanut butter but not?? I don’t know what the product they were vaping, just my spidey sense tells me the weird smell was from vaping. You can buy a 3D sense vape detector fo $99 on amazon but what is that going to do really.

I expect any guest who does anything stinky (smoking anything, vaping) to do it outside and not in the apartments. (I’d really like to ban the cooking of broccoli but I imagine that won’t work).

I’m an ex-smoker so I don’t feel as venomous towards smokers as some hosts do, but when I smoked, I wouldn’t have done so indoors so I expect others to be the same way.

but what is that going to do really.

Nothing. All you can do is open the windows, run fans and hope that the guests expected at 3pm are late,

Yes, it seems like one of those things that’s really hard to prove, like assuming they snuck in extra guests just because an extra bed was used for a couple’s booking who indicated they only needed one bed, unless you caught extra guests on camera or in person.

That’s the kind of thing I guess hosts just have to take in stride and deal with as best they can, using an air purifier, fans, and doing some extra cleaning.

My experience with someone vaping in my no smoking property is this: One of the guests spilled vape liquid on a comforter (this was before I understood the value of duvet covers) that was impossible to get out. I literally cut a hole in the comforter in order to patch it.

I feel that smoking anything in a no smoking property demonstrates a pretty bad attitude.

I agree but add ‘no vaping’ to your house rules.

@HostAirbnbVRBO I do have no smoking, open flame, or vaping in my rules and posted in five languages. It doesn’t stop people, though. I found a burn hole straight down through seven layers, recently (someone said it was such a neat little hole it must have been a piece of crack) and I about swallowed my tongue.

It took a while for my dear hubby to talk me down from that one.

in my rules and posted in five languages

Maybe the five languages did not include their ‘language of love.’ 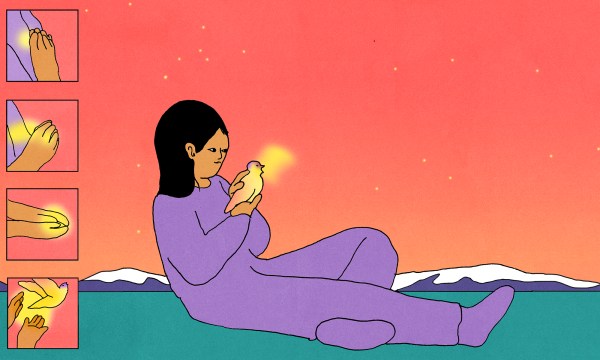 Do you know the 5 love languages? Here’s what they are — and how to use them

The concept of love languages expresses a simple truth: We don’t feel or experience love the same way. By knowing another person’s love language — and knowing your own — we …

@HostAirbnbVRBO I love T5LL! Have you read The Five Languages of Apology? Same principle, life changing. I always try to learn the language of people that I’m dealing with. In this case, I never met the young man that caused the damage and his mother was in complete denial. I didn’t ask for compensation, just wanted to make her aware. She had not communicated very well with her family about the house rules, at any rate.

Have you read The Five Languages of Apology?

I was not aware of this book. Thank you.

It’s VERY appropriate. So many people think that they can simply say ‘I apologize’ and all is or should be forgiven, that that is all they can possibly do.

I call it the apology of an eight year old.

Smokers are going to smoke. (As one -formerly - I can say that with certainty). So all we can really do is control where they smoke.

A large plant pot or two outside with sand in them gives guests all they need to know - they can smoke there and dispose of the butts tidily.

That’s why our headline includes that the property is for non smokers.

We explain in the listing that smoke clings to you, gets on the furniture, in the paint, everywhere. That it’s not fair to non-smokers looking for a non-smoking property.

So it’s not just a rule about not smoking/vaping; the property is for non-smokers.

I’ve had more than one guest do something in my Airbnb that was stinky. One couple this year smoked weed in my rental. I could smell it as I live in the same home, there are just a couple of doors between their part of the house and my part of the house. I can often smell perfumes of various kinds too. I’m sure it was weed because I saw them carrying the tray for prepping in and out on the Ring camera. Anyway, I just opened windows and turned on fans and aired it out. I also mentioned it in the review and also said I wouldn’t host again (they are local so it could matter).

I’d be happy to have them smoke on the front porch but I don’t live in a weed legal state. It’s irritating but predictable.

I welcome guests to smoke/vape outside (written in the house rules) with an ashtray available outside. I don’t have a covered area and probably won’t be building one any time soon. I think I will continue to have the occasional vaper so I won’t sweat it and no one has tried to smoke in our suite yet, but I am sure it will happen and that is when I will lose it! I just don’t understand…guests seek out the airbnb’s with the best reviews and go on about how nice and clean the place is and then they bloody act like the rules don’t apply to them. Thanks for the comments and I will be looking up the T5LL.