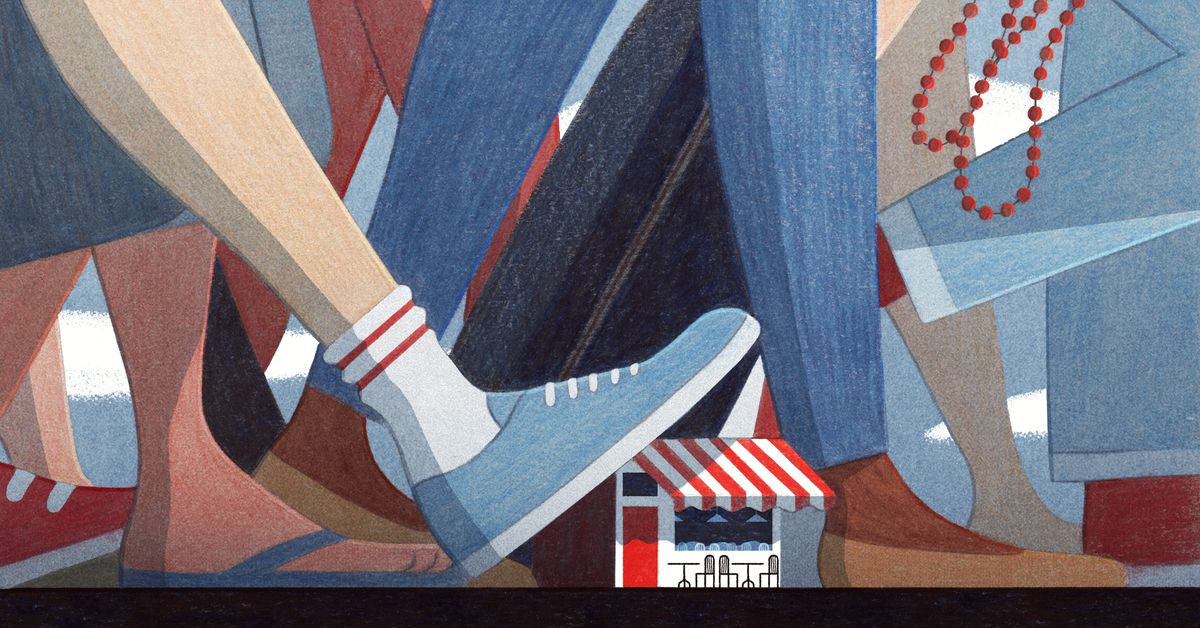 Airbnb Could Be Hurting the Neighborhood Restaurants of New Orleans

The article is blaming Airbnb rentals for making home ownership unaffordable and killing neighborhood restaurants because the neighborhoods are evolving to have more tourists. Buried in the article VRBO is finally mentioned and analysis shows that 3% of homes have Airbnb rentals.

They interviewed and told the story of one woman claiming she was evicted & her rental then listed on Airbnb. The rental owner is not quoted.

I’m not in the restaurant business but would a 3% change in clientele kill a restaurant unless they were running too close to margin to be successful?

This article popped up as part of my Google news feed so it is getting exposure & spread.

So sad, this is just more fodder for the Airbnb haters who read headlines only.

I agree with @KenH, generally Tourists generally spend more on eating out than residents do.

The restaurant angle is odd, and I wouldn’t have thought of it, but I see their point. It ain’t a neighborhood joint without neighbors. Airbnb HAS ruined New Orleans, IMO. It is a shame.

Places evolve. If neighbourhoods change to be primarily STR rather than residential then that’s the fault of demand and supply, not one single company. Many areas here (South Florida) have evolved from local neighbourhoods to STRs - even before the advent of Airbn

I contend that Airbnb is very new and the sustained long term effects are unknown. If I book an Airbnb thinking I’m going to enjoy local flavor and instead I’m in a block of STRs I would not be happy. I also would not be happy as permanent resident in a sea of STR. Whole neighborhoods of STR just doesn’t sound good at all, but maybe I just don’t have the framework for thinking about it.

And how many people can STR and make enough money to make it worthwhile? Here in El Paso I’ve seen a few hosts who start with one room, then add another, then buy a property and then another. And that might work for the first few who get into it but ultimately supply outstrips demand and those STRs become LTRs or get sold again.

The house next door to me went up for sale a couple of years ago and I briefly wondered if I could buy it and list in on Airbnb. One consideration was that I don’t want to live next to an Airbnb. LOL. I wonder if cities will try to regulate the density of Airbnbs, that is, you can’t get a permit for one if there is already one within x distance? Is there is a big difference between STR in a vacation spot where people book days at a time compared to one like mine where people come and go each day? What will neighborhoods of airbnbs do to property values?

It’s true that Airbnb is a comparatively new service (certainly as far as the general public are concerned) but short term rentals are not. For example, the complex I live in (and where the rentals are) was built shortly after WW2. Each apartment was owned by individuals who lived out of state. They’d use their apartments for a couple of weeks per year and have short term renters for the remainder of the time.

Although it has a few more permanent residents these days, it’s still largely STR.

Of course, we are in a popular vacation location. But New Orleans is a popular tourist place too. You don’t move to a house near the railroad tracks then complain about the noise!

And it’s not just STR that are changing housing. The model of get a job, buy a house and stay in them both for decades seems to be changing. I’ve read several articles about younger people eschewing home ownership and about the concept of not owning so many things including cars. So for younger folks who have a mindset of not being burdened with ownership. A model where people don’t even sign 6 month or 12 month leases but instead move from place to place frequently using Airbnb and other platforms to find housing. Communities of long time neighbors may become extinct.

And it’s not just STR that are changing housing.

Absolutely. Many years ago, I lived in a tiny cottage in the UK - for less than a year, I think about 11 months. The couple next door were in their seventies. He had been born in the cottage and had inherited it when his parents died. When he married his wife came to live there too. So he had lived in that cottage for all his life and she had lived there for over fifty years.

How many young people today will do that?

Places change. I’ve lived here for 24 years and have seen South Florida be transformed in so many ways. When the first school opened here, just over a hundred years ago, there were nine children in the entire town!

But New Orleans is a popular tourist place too. You don’t move to a house near the railroad tracks then complain about the noise!

NOLA did not have the same dense STR neighborhoods as Florida and partly I suspect because of crime and economics and a very strong hotel industry. There are blocks in the Marigny that are now almost 100% STRs. It has driven up prices and driven out the locals. The next hurricane will probably flip that whole situation around, but no one will be there to help their neighbors and build up the city again.

It is time for STRs to be regulated just like hotels. There is a reason local zoning evolved to make the distinction between residential, commercial and agricultural zones.

Areas of Hawaii have a long history of being STRs, long before the advent of Airbnb made it so easy.

Interesting - about your neighbor who lived in his cottage all his life and his wife living there for over 50 yrs., and your comment about how many people do that today.

It made me reflect and (shockingly) realize that I have never lived in a house or apartment for longer than 10 yrs. since the day I was born. My folks have and my sisters too, but not I.

Oops…correction (I knew what I wrote didn’t sound right). I completely forgot that I have lived in this house for over 10 yrs. - but since it’s only for 4-6 mos. a year, it didn’t seem to qualify. Then again…who cares. I’m just talking to myself.

@SandyToes I just did the math. 9 moves since 1985=3.66 years per move. My parents moved away from the house I grew up in only because an interstate highway came through it. Surprising to me too and I lived it!!!

The area my beach condos are in has been heavily STR for decades. The difference is that all STRs were run by agencies instead of the current increasing owner involvement .

I have a new neighbor who doesn’t like that I gladly rent my condo to people of color. (That’s another topic for another day). Our next hoa meeting is in May. She is lobbying that all STRs allowed in the neighborhood be handled by agencies because they will guarantee a “better” guest by doing background checks and save the neighborhood from the horror of Airbnb’s.

The negative press and ill-informed people are giving more headaches than some of the questionable changes made by Airbnb.

@KKC Retirees too are jumping on a the STR rental so they can see the world affordably bandwagon too.

A 70ish lady has rented my condo for 75 days while she visits with friends and family. Her next stop in September is Florida

A retired couple rented my beach condo for Sept/Oct. they are in Florida now, two rentals in Europe then back to the US in August.

I think it is brilliant.

I think it is brilliant.

I’m finding that I have many senior guests. Like your forthcoming guests, they are often on extended travels which are much more affordable for them in Airbnb rentals.

It’s not just that the accommodation itself is cheaper, if they rent places with kitchens they save on eating out etc.

I had a couple here who were celebrating his 80th birthday. He was a sweetheart but she proved to be a complaining PITA toward the end. However I knew I would get a good review when, as they were checking out, he gave me a flower and said it was the same color as my eyes.

him!! What a sweetheart!

(I would have offered him my condolences for marrying that woman.)

Just thinking out loud: I wonder what flower he would have chosen to match my bloodshot eyes.

As per your request
https://www.google.com.au/search?q=exotic+striped+hippeastrum&client=safari&hl=en-au&prmd=isvn&source=lnms&tbm=isch&sa=X&ved=0ahUKEwj1-8z-8YXaAhWKy7wKHQhxCPoQ_AUIESgB&biw=375&bih=553#imgrc=Ew7Pip5EpGnnqM:

The model of get a job, buy a house and stay in them both for decades seems to be changing. I’ve read several articles about younger people eschewing home ownership and about the concept of not owning so many things including cars.

This is so true. Our LTRs used to get mostly young people that were saving for a house. Our fair rental rates, etc meant they stayed for awhile and then purchased a home. Now many of our tenants aren’t interested in home ownership at all. They are happy to keep on renting. They don’t stay in jobs very long so they never know where they might need to move to.

There is also a surprising number of young nomads these days who live in vans, RVs etc. They are usually designers, artists, writers or IT techs who can either work away from the office or are freelance. They live on the road and book into Airbnbs from time to time. There’s quite a culture of people discovering ways to support themselves and travel at the same time.