It’s called the “sharing economy,” but Palo Alto officials are growing increasingly concerned that the city isn’t getting its fair share from Airbnb and other services that allow visitors to rent rooms in local homes without paying hotel taxes.

On Monday night, the City Council is scheduled to consider new laws the city could adopt to regulate an industry that didn’t even exist 10 years ago.

While services such as Airbnb are increasingly popular among users, they enjoy an ambiguous relationship with the city’s zoning code. The short-term rentals of dwelling units or bedrooms for fewer than 31 days are technically prohibited in Palo Alto; the city’s code defines “dwelling units” as rooms that constitute a “separate housekeeping unit, occupied or intended for occupancy on a nontransient basis.” The city further defines “transient” occupancy as one lasting fewer than 31 days.

But the city’s code does allow residents to use up to 25 percent of their homes’ gross floor area (or 500 square feet, whichever is less) for something called “home occupation.” This refers to an “accessory activity” conducted in a dwelling unit by the home occupant “in a manner incidental to residential occupancy.” Home occupation must not generate traffic or parking beyond what would normally be associated with residential occupancy.

Some Palo Altans who have waded into the waters of the sharing economy are unequivocal in their appraisals of such companies. Daniel Gold has been sharing his Palo Alto home through Airbnb since last year and touted the service to the council in January.

He said his experience with Airbnb highlighted for him how “overburdened the real estate market was here in Palo Alto.” His guests have included Stanford University students who may not otherwise be able to afford to stay locally and would have to rely on lodging in other communities.

“It’s important to me that these people are able to work here and study here and be able to afford it – not having them stay in outer boroughs like Mountain View, where real estate is cheaper,” Gold said.

He also noted that offering students short-term rentals allows them to spend money in Palo Alto, which translates to tax revenues for the city.

Taxation is very much one of the issues that the council is exploring, following a successful ballot measure Palo Alto voters approved last November. The measure raised the city’s transient-occupancy-tax (TOT) rate – commonly known as the hotel-tax rate – from 12 percent to 14 percent and that specified that “rental agents” who collect rent but do not directly operate transient lodgings are "subject to the same obligations as a hotel operator to collect and remit the TOT.

“Staff is in the process of notifying Airbnb and other brokers, websites and providers of the requirement to collect and remit the TOT,” a new report from the Department of Planning and Community Environment states.

Letters sent by the city to companies last week note that the updated TOT ordinance went into effect on Jan. 1 and that the city expects remittance of taxes by March 30.

Other cities, such as San Luis Obispo and San Francisco, have gone further with taxation, adopting requirements that homeowners who rent out their homes to pay transient-occupancy taxes and also that they acquire administrative permits for short-term rentals. Enforcement in both cities is based on complaints.

The new staff report also states that if voluntary compliance is not obtained, “additional enforcement steps could include use of subpoenas to gather information and potential legal action to obtain compliance with TOT requirements.”

The city’s dilemma over how to regulate Airbnb extends to Uber, Lyft and other poster children of the sharing economy, which encourages peer-to-peer collaboration between service users and providers but often pits entrepreneurs and customers against established laws and bureaucratic structures that never envisioned these kinds of services.

This past Monday night, as the council considered how new ride-sharing services could help solve the city’s traffic problems, council members expressed both caution and enthusiasm about Uber and Lyft. Councilman Greg Scharff, a regular user of Uber, praised the service for its convenience while Vice Mayor Greg Schmid cautioned that these services may not work as well in Palo Alto as they do in denser communities such as New York or San Francisco.

A skeptical Councilwoman Liz Kniss noted that the city doesn’t know anything about the background of the drivers involved in these services or about the companies’ impacts on the taxi industry.

She has taken a similarly critical view of Airbnb, suggesting in a colleagues memo last December that the city needs to get a better grip on regulating the company and understanding its impacts. This past Monday, Kniss pointed out that the city has received numerous complaints from residents about Airbnb and suggested that short-term rentals are “one of the areas where we need to have oversight, if not control.”

“The problem is that I’m not sure that this economy is sharing with us, the cities,” Kniss said. “That’s one of my biggest concerns.”

Kniss, along with now-Mayor Karen Holman and former council members Larry Klein and Gail Price, co-signed the colleagues memo calling for new regulations. The memo estimated that Palo Alto has about 300 to 400 listings on Airbnb per night, about the same as San Jose, and highlighted various issues posed by its business model: the collection of transient-occupancy tax, whether zoning regulations should allow such rentals, and the impacts on parking and traffic in residential neighborhoods.

“San Jose, San Francisco and a few other larger cities have been negotiating agreements with Airbnb and other similar businesses on taxation and other matters,” the memo states. “Our situation may be different than these larger cities in some respects, but we believe it’s time for us to review what has been done and consider what additional steps Palo Alto should take.”

The council memo notwithstanding, data from city staff suggests that complaints about Airbnb rentals have been minimal. In the past year and a half, the city’s code-enforcement staff has received seven complaints from residents affected by short-term rentals. In two of these cases, the rental did not violate code. Four other cases were addressed and closed and one is ongoing, according to the report. The city has also received 10 complaints in the past year about home occupations (which may or may not relate to rental operations). To date, code-enforcement activity has affected only “small fraction of home occupations and short-term rentals” in Palo Alto, the report states.

If the council chooses the most aggressive approaches for regulating and taxing short-term rentals, the rule changes are expected to draw significant time and effort from a planning staff that is already juggling a hefty suite of new parking and traffic programs. The staff report estimates that it would take a minimum of eight to nine months to develop a new ordinance, obtain community feedback and go through the approval process. 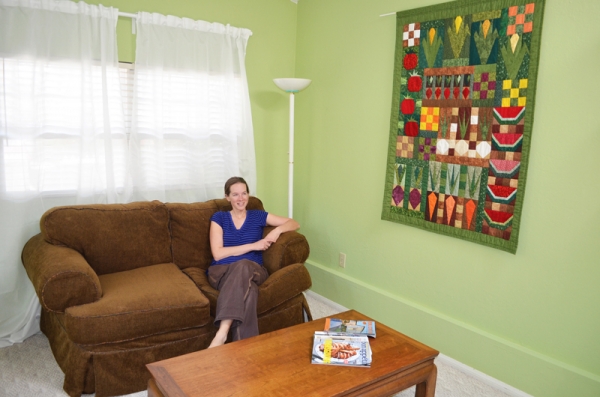 Palo Alto tries to get a piece of the 'sharing economy'

As a former long time resident of the area, I can see that the culture has grown to disenfranchise most residents who stray from the norm. This saddens me, as diversity and acceptance are what the city used to be about…