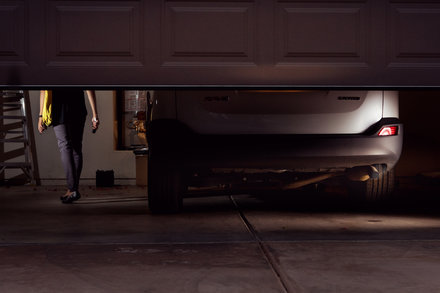 Weaned from using a key, drivers have left cars running in garages, spewing exhaust into homes. Despite years of deaths, regulatory action has lagged.

Why you may want to put an CO detector in an all-electric rental.

CO detectors have been mentioned several times in other threads. I couldn’t find the correct thread to tag this on.

Thank you Carbon MONoxide not DIoxide. I’ve been studying about pulmonary diseases & inadequate oxygen exchange so clearly I have CO2 on the brain–maybe even literally.

This is not an issue to kid about. I have a coworker whose siter died because there was no monoxide detector installed in a cabin in the woods they owned.

Initially I installed 2 carbon monoxide detectors on hallways on both levels of the rental property, just like I have in my own home, where I live.

Then one guest set a towel on fire. Don’t know what they were doing. It was a bridal party, perhaps they were drunk, young etc. I found the towel, mostly burned and I won;t even mention the rest of the house: messy as hell.

In that moment there I took the decision to install fire alarm in every single bedroom including the basement which is what my city ordinance wants me to do anyway. I also bought 2 fire extinguishers.

From now on I will assume people will cause damage - especially if they are drunk - and try to guard myself against it. For example I had decorative candles. I removed them all and noticed that one smart pants actually tried to set on fire a battery operated candle.

I also created a guest book whose pages I laminated and the first page - before the wi-fi info is about where the fire extinguisher are. The first thing people do when entering the house is to look for the wi-fi, so I want them to see the safety info first while they are sober.

Great suggestions! I’ve even heard of hosts putting the wi-fi login info ON the fire extinguisher, so they’re guaranteed to know where it is!!