Do you leave a review for high maintenance guests? I think one of mine thinks he is staying in a five star hotel.

Requested a shaving mirror even though he has a mirror in his room and there is one in the bathroom
Have I got black shoe polish please and then polishes his shoes on a pale carpet leaving black shoe polish in four places and black shoe polish on a towel
He wants his white shirts washed so as a kindness I have been doing them with my washing. Then when I got a new washing machine he said how he was looking forward to trying it out. He had two shirts to wash and I said I would do them the next day with my washing. The next day he wants to wash his shirts in the machine. I said I will do them when I come back in a couple of hours as I will be putting a load on. “Well can’t you do it now and push my shirts in with your clothes”. I said No but if you want to it will be £2.50 and charged him instead.
He had crumpets and no cheese so asked if I had any cheese which it was quite obvious I did as it was on the top shelf of the fridge - I said No.

He is nice enough to talk to but exhausting. I will not recommend him to another host not because he is awful personality wise but he is demanding and I know with instant book if a guest has been recommended by another host they can instant book. I would prefer another host chat with him first and make their own mind up.

However, in this circumstance do you just leave a bog standard no committal review e.g He communicated clearly and turned up as planned sort of thing or what do you do?

I thought he was high maintenance and almost declined him but this has just reminded me next time I have reservations to decline. I am not having guests this weekend so I can have a break after this week.

I’m speechless. Did he think this was Air B&Butler?

No, don’t leave a “vague” review. I think you could just say

“Although the guest was communicative and friendly, I did find his high maintenance, excessive personal demands a bit tiresome. I believe he thought he was renting the penthouse at the Dorchester and not a humble Airbnb.”

Please review him honestly and if you wouldn’t recommend him, then give him a thumbs down.

My mouth is agape after reading your post. Why oh why didn’t you say no to the shaving mirror, shoe polish, laundry service? I would have but then you are probably more polite than I am, I would have given him the Bronx are you talkin to me? Please review him that his needs are more suited to a hotel than Airbnb and that you do not recommend him. Are you Brits too polite to say no? Haha @konacoconutz, I think you might be on to a new business idea! Airbnbutler

Are you Brits too polite to say no?

Haahaha…I love the part where he asked if you had cheese and you told him No!

I think certain types just try to push boundaries. I would just say you think he would happier staying at a hotel and give him the thumbs down.

I think certain types just try to push boundaries. I would just say you think he would happier staying at a hotel and give him the thumbs down.

At a hotel he would pay for cheese, laundry, shoe polish, well maybe not a shaving mirror whatever that is but he would also pay way more for the room. And when I stayed at the park lane hotel I think the crumpets were far from free!

A shaving mirror is a magnified mirror which sometimes has lights.

Exactly! The last time my husband and I stayed at the Omni, he spilled something sticky all over his nice pants. It was $7.50 to launder the one item. We were in a super-expensive mini-suite and they still charged for all the extras. And I’ve seen shoe-shine kiosks at the airport, but they charge a few bucks for the service and you usually leave a tip. Why on earth would I provide all these things for free?

Still have questions about how to word your review? 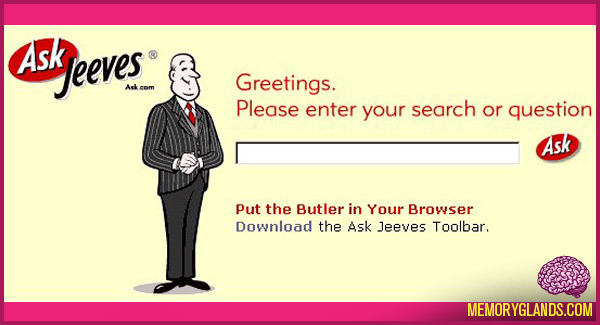 I recently moved out of my Air house and into my own home which is about a mile away from my rental. I got a text message at 7:10am asking for full cooked breakfast at 7:30am. I told him my alarm does not go off until 7:30 and to help himself to fruit salad and cereal!

Nope, he had a golf game… I was going to tell him where he could stick his clubs, but I fell back to sleep

What is a shaving mirror? Is it just one of those mirrors that stands on the counter and it has magnification and some lighting? Because it sounds like this is something that perhaps I should consider putting in my bathroom.

Hold on! So this guy was renting out a whole home. And then he texted you to cook him breakfast? Were you supposed to come over with a bag full of groceries and start cooking up a storm?

Or was he planning on arriving at your house to eat? Oh please do share.

I had an inquiry once from guests who asked for breakfast service and daily cleaning in my whole, separate apartment.

After booking they asked this?? If so, just how did they ask for the breakfast part? What if you were a lousy cook

Just where the heck are they entitled guests coming from? Makes me think other hosts have provided this and they keep expecting more and more!

@konacoconutz I think you’re 100% right. There’s an education gap that’s missing in the whole Airbnb experience. It’s ok for each host to have their own style and offer whatever they like, but it’s not ok to expect (demand) the same cookie cutter experience from one Airbnb listing to the next. I really do feel that Airbnb needs to put more effort into bridging the gap between the hotel user and the Airbnb user. Maybe sugarcoat it with verbiage like “how we roll in the sharing community”. Would love to see a whole campaign about THAT!

Yes, basically. It doesn’t have to be as fancy as you describe (lighting and magnifier), just a movable mirror that allows guys to shave outside of the shower and see what they’re doing.