We always instruct our guests to give us the keys upon leaving or, if we are out, to leave them on the table downstairs in our flat or on the bed. This is always communicated verbally to our guests and, until now, there have been no problems.

It seems that our guest last night forgot where we verbally agreed that she would leave them. When she checked out, she sent us a text asking us where she was supposed to leave. I immediately replied telling her to leave them on the table downstairs in our flat or on the bed.

She couldn’t be bothered to wait for a reply and went downstairs with the keys. She sent me back saying that the staff in the lobby wouldn’t take them, so she taped them to our mailbox. I then sent her a text back asking if she had taped them to the inside or the outside. She stated that they were taped to the inside.

I have returned to my flat and there is no sign of the keys in our mailbox. I then checked all of the mailboxes with similar numbers in case she had made a mistake and they were not there either. I then checked every other mailbox and there are definitely not any keys inside any of them.

My guess is that either:

The guest has stopped communicating with me after I asked here where exactly she had left them, telling her that I had checked our mailbox and they were not there.

I have requested a call from Airbnb, but I have now been on waiting to speak to an agent for almost three hours.

If I request money from the guest through Airbnb for the cost of replacing the lock on our front door, are Airbnb likely to side with the host or the guest in this situation?

Who knows? Is the simple answer.

You will need to try it and see.

By the way I would never rely on verbal communication. You should have this in your listing/guest information.

I’m interested to know, would you just charge for a new set of keys or to change the lock completely? I’m thinking the guest could have taken the key with her. She could let herself in any time if that was the case!

CHANGE THE LOCK!!! Should have done that before you wrote here. Air may or may not side with you, but either way, safety is foremost.

Don’t Request a call from Air – hang on the line and wait for an agent. By requesting a call, you probably put yourself in the “call this person when you’ve nothing else to do…” category.

@travellinbug
I would have charged for a change of locks and a new set of keys.

Guests can return the keys and still let themselves in whenever they want. All they have to do is have the key copied.

@KenH
I was going to change the locks if I wasn’t able to find the keys in a safe location. Fortunately she recalled which mailbox she accidentally left them in and I was able to retrieve them from the other unit owner. They don’t know which address they were intended for, so it seems safe.

I was on the line waiting for an agent. I was just on hold for almost three hours before I finally managed to get through.

Yes!!! You may request a locksmith fee in res center. You will need an estimate. Do it immediately. This guest was careless and clueless and needs to pay for breaking an easy house rule and putting you at a security risk. Dumb bunny!!!

Was it really a house rule, or as the host mentions many times simply a verbal request? 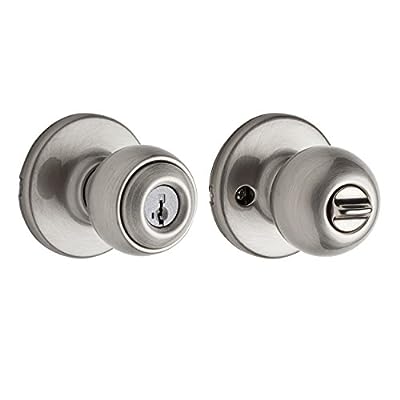 As the industry leader, Kwikset has provided trusted security for over 60 years and has become synonymous with security, peace of mind, style and innovation. Classic lines and enhanced styling make Po ... 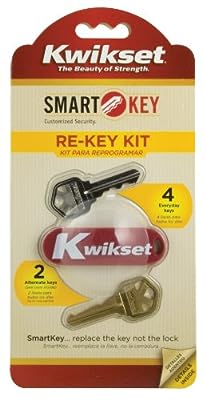 Sharing: I use this Kwikset smartkey rekeying locks. If you need to quickly change the lock, instead of purchasing a new lock set and/or calling a locksmith, in less than 5 minutes you can re-key the lock.

insert the current key & rekeying tool (in the tiny slot beside the knob), follow the instructions for inserting the new key, the tumblers in the lock are now re-keyed for the new key.

The new locks come with a new key. I kept the keys from the locks I replaced to use as re-set keys. If you don’t have any, for about $10 you can purchase a re-key set.

They can be a little more expensive on the front end to purchase BUT if it saves you one entire lock replacement and/or locksmith visit it has more than covered the upfront price difference.