A couple days before he (and his own 2 dogs) left he picked up what he thought were a stray dog and her pup. He called me right away but said he would keep them in his trunk until animal control opened the next morning (it was early afternoon). If told him I would come get them before he headed to his night shift and see if I could find their owners. When events turned that I was not going to get there before he left I let him know and he said no worries…I already put them in the house, in the laundry room. I asked about fleas he said he hadn’t seen any.

So they were in there a few hours, the last of which was completely unsupervised. So they were covered in fleas (except in the first place I looked on the top of the neck, which may have been where guest looked and then stopped looking).

I went to the place he found them and it was a trailer park where half the houses had been abandoned. Long story short I found the owner who lives in the second house in.

What, if anything should I relay about the dogs. I didn’t charge an unauthorized pet fee (although did take the in housetrained pet fees out of a pet fee refund I was giving him since he left much earlier than planned).

His heart was in the right place but it was not good that he brought them into my house. I also had to clean up the pee in the laundry room (not a hard job on linoleum but just the fact I had to at all). He was a great guest and did communicate with me about the dogs so I am torn. Here is what my draft looks like without any mention. How, if at all, do you recommend I edit to include something about the unsecured (there are no leash laws here) dogs?

Xxxx and his 2 dogs were great guests. Xxxx was quiet, tidy a great communicator who left the house and yard very clean upon departure. I recommend them to any host and welcome them back any time.

Odd situation. They aren’t his dogs and saying he has dogs will send an untrue message to other potential hosts. Most of the situation is related to you saying you would go help him and not relevant to future hosts.

He does have two dogs of his own. The draft I put here does. It mention the “strays”, only his.

said he would keep them in his trunk

he brought them into my house. I also had to clean up the pee in the laundry room

left the house and yard very clean upon departure

Hmmm… It sounds like his heart was in the right place, and you did charge him a pet fee for the stray dogs if I am reading this right. I would be a little upset if someone brought stray dogs into my home without asking first, and he should have cleaned up the pee. I am torn on this one.

I think I would not mention in the public review.

Oh, the OP didn’t say that so I thought you were referring to the strays. So I’d go with the review you posted.

It mentions the refund from his own pet fees. Sorry I wasn’t clear.

Yes my reaction about th trunk as well but really it’s a hatchback w the drop down cover.

The pee occurred while they were left in the laundry room after he went to work and before I got there. He can’t really stop that.

Yes heart in the right place.

Yes, why I posted here as I am conflicted.

If he was a great guest otherwise, I don’t see it worth mentioning about the stray dogs. It seems like a one-off situation and therefore other hosts don’t really need warning about it.

Edit: I think your review in the OP is totally fine.

Just let it go, you can chase fees all day long and hope air backs you, and they may or may not but charging guests for every infraction of your rules seems pretty inhospitable for the someone in the hospitality business.

It will be good for YOU, don’t bring on avoidable stress.

I think you are right, I re read it. Your review is fine. Save that advice for the NEXT time you chase your fines!

I would send him a private message about taking in strays and the fleas. Say “your heart seemed to be in the right place, but it’s not a good idea to bring strays into my home. I’m still hoping I don’t get fleas in my laundry room.”

Other than that, your review is fine.

Guilty as charged. 10 days ago. In the middle of nowhere in Guanacaste, Costa Rica, puppy by itself and in not good shape. Now so glad it wasn’t an Airbnb, but a private house rental. 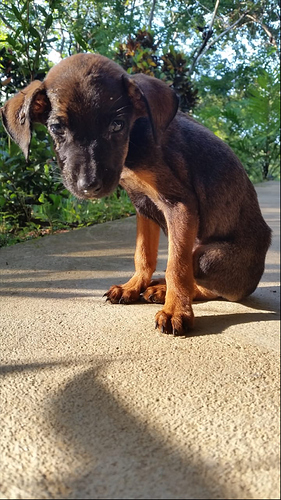 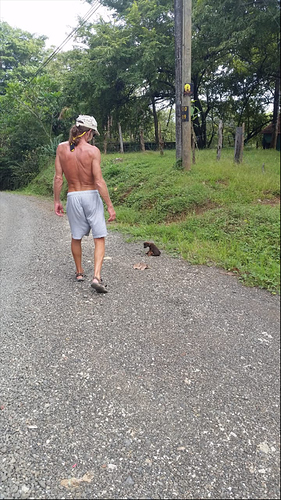 Had fleas, did get a bath, no vet open on Sundays and road impassable anyways.
Sadly, poor Pizza did not make it. Would you all mention we dug a grave for it in the owners rainforest?

poor Pizza did not make it. Would you all mention we dug a grave for it in the owners rainforest?

Thank you for giving him a few moments of love in his last hours. I wouldn’t mention it to the homeowner. In that climate the spot will disappear soon. 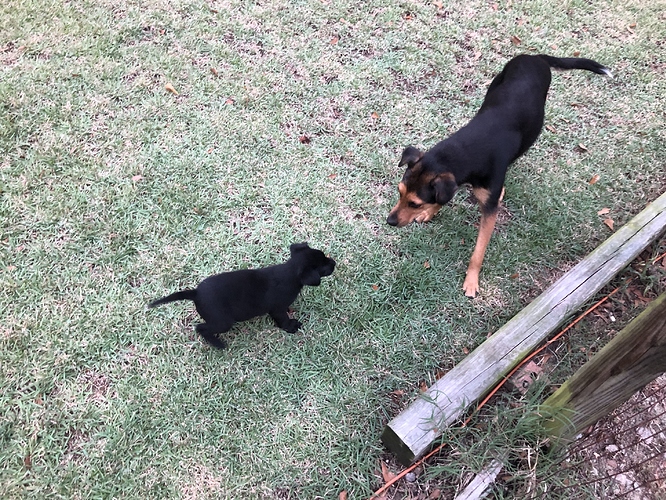 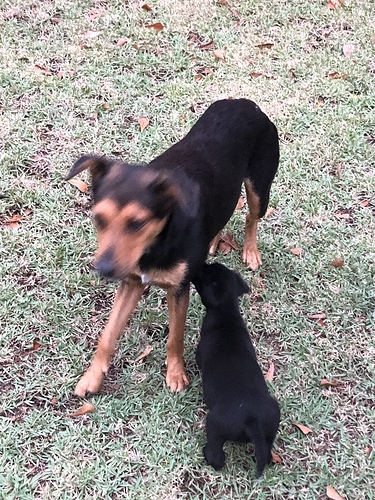 I would drop this. Sounds like messages were confused, but everyone had the best of intentions. Mom and pup had a place for the night, and you are about to take a crash course in flea eradication. I wish you the best.

Yes heart in the right place.

And that’s the main thing.

There’s so much crap going on in the world with some people who mistreat animals so very badly, that although he sounds like a huge inconvenience to an Airbnb host, I’d still like to give him a medal.

And @AlexSJ - one for you too. Poor little Pizza.

I did this once while on a trip, and spent the weekend to find the owner. It was no easy task, and to be honest … I still wish I hadn’t returned the sweetie I named “Max”

. I feel like your guests’ heart outgrew his sense of how to solve the problem, and bless him (and you for doing the kind thing). I wouldn’t mention it in the review.

@AlexSJ, you are an angel and bless you for taking care of this sweet pup. That sad, beautiful face. My heart hurts

Kindheart’s dogs were fine, but he found a supposedly stray dog and puppy and brought them (and their fleas) into my house, exposing my dogs and other guest dogs to possible flea infestation. I would not host someone showing such a lack of judgement a second time.