Do you know RedAwning?

Does anyone know RedAwning? It seems they copy listings from booking.com and publish them on their own site AND on other sites. They change prices to have their profit. They don’t ask the owners of the rentals for permission.
Sometimes their software creates multiple entries by mistake. Can this be legal?

On the screenshot you see two apartments. On the left are the listings published by the host himself, on the right the RedAwnings copies. 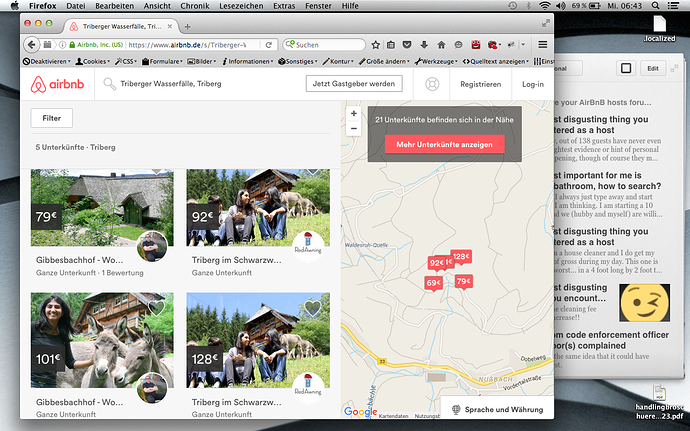 They hit my area back in April.

Red Awning has invaded my island on Abnb

A company called Red Awning has dumped over 300 Airbnb listings on my island, Kiawah Island, SC. Well, it’s not actually MY island…lol, but anyway. Last time I checked there were about 15 Abnb listings vs. around 700 on HomeAway/VRBO. Customer service says, “yes, property managers are allowed to list”. My point is Red Awning is a listing agent, they have nothing to do with “property management”. I contacted a few of the owners involved. They are listed on Wyndham (which does cross list on HomeA…

I called Airbnb and had some mails with the trust and security team.
Now Redawning was kicked out. The user was deleted and all the 488 listings are gone.
… and I’m happy

Hi! Red Awning seems to be back on airbnb. I found this thread while googling to see if they were legit or not. (“when something seems too good to be true…”) The listing I saw was in Jax FL (it won’t let me include a link here)-- and when you click on the host tab, it lists 120 or so more. I hate sketchy people.

Whether or not Red Awning is sketchy is likely in the eye of the beholder. Airbnb’s relationship to high volume hosts, third party bookings and and property managers has only been strengthened since this thread was started in 2016.

By the way, brand new users are not allowed to post links until their activity on the forum shows that they are contributing and participating. This is managed by the forum software. Once your activity raises your trust level you can post links within reason. Self-promotion is discouraged.

Also, I assume “Jax” FL refers to Jacksonville, but this is an international forum so keep that in mind. For clarity’s sake it is best to avoid regional nicknames.