This is my final post with my slew of recent communication problems!

When we opened our Airbnb, we installed an August Smart Lock with a self-check in keypad. We chose August because Airbnb worked with them and suggested we do so. August used to assign our guests a personal keypad entry code at the time the booking was made. August copied us by email, and the August app on our phone had the guest added to the list of authorized users for the duration of their stay.

Because of the sketchy and random communication problems I have been having getting booking info from Airbnb, this was yet another way to alert me to and confirm Airbnb bookings.

Over the summer we were told that changes were being made and that the August entry codes and accompanying instructions would be coming through Airbnb rather than August. August was “down” for some weeks, and I had to manually add and remove and assign entry codes to guests myself. This was supposed to be remedied some time in July, I think.

It has not been remedied. A call to August support offered little help. We confirmed that all my settings were correct. They had me uninstall and reinstall their app. I couldn’t test whether or not this solved the problem until a new booking was made. New bookings have since been made, and the problem hasn’t been solved.

I alerted Airbnb to this problem; but because they are also working on my other app and text communication problems, this added onto their agenda was entirely too much for them.

Is anyone else working with August, and has this happened to anyone else?

Again, many thanks for all the suggestions lately!

We chose August because Airbnb worked with them and suggested we do so.

As you are probably sensing by now, doing less with Airbnb is preferable to doing more. Just think of them as a booking and payment platform, nothing more. If you get anything more (like a payout for damage or payment for a cancelled stay) consider it a bonus.

Don’t expect them to do background checks on guests or screen for bad actors. They don’t provide protection or insurance. They can’t evict a guest or stop them from smoking in your rental. They bring you the guest, process the payment and submit some tax payments. You and the guest pay them a fee for that service. After that you are free to work with the guest directly for future bookings and collect the taxes yourself, get security deposits, etc.

Although I love my smart lock I also realize that if the Airbnb site goes down or my internet goes out I need a back up plan. Maybe someday in the future they will have a seamless integration for the locks that will be great but not now.

I need a back up plan 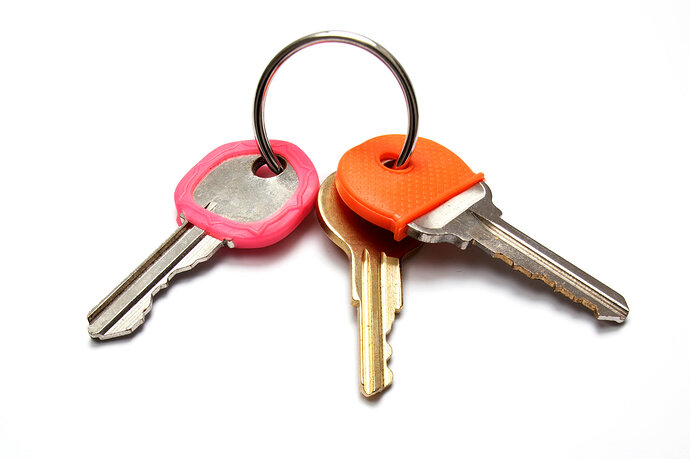 Works for me as well. And I have a manual lock box by my door which can be used to house said key.

Funny story… I had a new guest stay a few weeks ago on a Friday. They arrived right at check in time which is also my weekly Skype call with my New Zealand based friend. They tried calling and I ignored it. Then the text came through saying the code I gave them wasn’t working. I go out front and the guy is trying to input the code on the manual lock box that’s by my door. He has completely ignored all of the message about how to get into his door, but managed to extract the code from the message. SMH. Anyway, they liked the place and I liked them and they are returning this week for a second stay.

Yep, I’ll be sticking with these for awhile.

This is why I’ve never set up my Schlage lock in my second home in another city for remote code setting. I would have to drive 3 hours to let someone in if the thing wasn’t communicating.

I just change to some new codes on the keypad when I’m there visiting. OK, one of my sneaky friends or family members could stay extra days or even share the code so someone could hang about until I got there, gasp.

A nearby trusted person has a key for absolute emergencies, but no guarantee as to their availability on a given day.

I wouldn’t for-real host there without a full-time co-host, whom I would compensate handsomely.

Just think of them as a booking and payment platform, nothing more.

I saw some of those in a museum once. They’re for scratching things, right?

has this happened to anyone else?

Not your exact question, but I have a Nest Yale Smartlock. LOVE it. However, there was a bug that lasted 3-4 months that only impacted IOS (iPhone) users where I could not use the app to set the start and expiration date/times for guests I added (I’ve always had to do it manually). They never even bothered to notify IOS users although they knew about the bug. I uninstalled/Installed my lock and the app twice before I figured out what was up. Ugh! Anyway…point is…wondering if your software platform has anything to do with it? I didn’t catch if you are using an app or a website.

@JohnF Look just like mine except mine have blue and yellow plastic thingies on them. Never had an issue with them. Work fine every time.

No, for cleaning out your ears.

They work as well as washers under screws if you need some and don’t happen to have any around. I speak from experience

Look into channel managers. Some of them likely offer integration with smart locks. Unlike Air, they are far more likely to care if you have issues and fix them.

A nearby trusted person has a key for absolute emergencies

I use Schlage too. I also have master keys for the front door and the door to the suite. I purchased a lock box (looks like a huge master lock) and hang it in an easily described location on my enclosed front porch but not seen when they walk in.

Inside are two keys to the front door and suite with a note that states that if you don’t return keys or lose them there is a $200 fee to replace locks. It’s also in my listing the fee.

I have never had to use it but I give out the info for late checking in guests and know it’s there if I get a message from someone saying they can’t get in.

Here is our story. We’ve been using August Smart Lock for nearly 3 years with great success. The August app allows the lock owner to link it with their Airbnb listing so that whenever we would get a booking our guest would be automatically set up for access during our check-in to check-out period. We only needed to let the guest know to follow a link sent by August to their email or smartphone to activate the August app. In our case we only assign them app use, not keypad, since we found the keypad not very reliable in cold weather.
All was well until recently Airbnb and August made a change which results in an automated long message being sent to the new guest from our Airbnb message thread with information about the lock. This precedes our automated welcome message which we set up to be sent upon each booking, and results in the guest being barraged with a long stream of messages, of which the first one they see is not our welcome message.
I tried repeatedly to get both Airbnb and August to change this so we have control over messages that go to our guests, but to no avail. Each one sends me to the other one. For now I have unlinked our Airbnb and August accounts and am setting up August lock access manually after each booking.
I had to hang up after a very frustrating call with Airbnb where I could not convince them that they have control over other parties’ access to their message system but to no avail.
I requested to speak with Manager and am waiting.
Anyone else is finding this infuriating or is it just me??

Since this thread is much more recent than the other thread you posted on I’ve deleted your other nearly identical post and closed the older thread.

Thank you! I just joined and did not know how to post a new post that is not a reply, and the first reply was in the first related topic I found.
How do I start a new post?
Thanks again!

You have to hang around here, join in other posts and generally let the software know that you’re not a spammer. It’s a built in thing to prevent people from joining just to advertise or link to their products. So hang around and have fun and soon you’ll be able to start posts.

The majority of experienced hosts will tell you that Airbnb recommending something is not actually a recommendation. Bear in mind that their goal is for their own benefit and not the hosts’ benefit, as you’ve discovered.

One problem here is that some hosts are wanting to automate their rentals rather than providing personalised hospitality.

I think in all the time I’ve been using Airbnb I’ve only called them twice. One of those was something technical that I was being pretty dumb about and I can’t remember the other. Being a happy host means taking charge of your own business.

I manually change the code on our keypads just before the guests arrive - it takes less than a minute. That is better for me that expecting apps to be 100% all the time.

I would never book a place that required me to download an app to get in.