This morning in Bristol our city is in shock after a huge peaceful protest against draconian measures the government wants to introduce, which would give our government powers to imprison protestors for up to 10 years, was infiltrated by rioters leading to a night of violence on our streets.

Fireworks were thrown into the crowds by rioters and police and buildings attacked and vehicles set on fire .

It was shocking to see how quickly this peaceful protest was taken over by violent rioters. 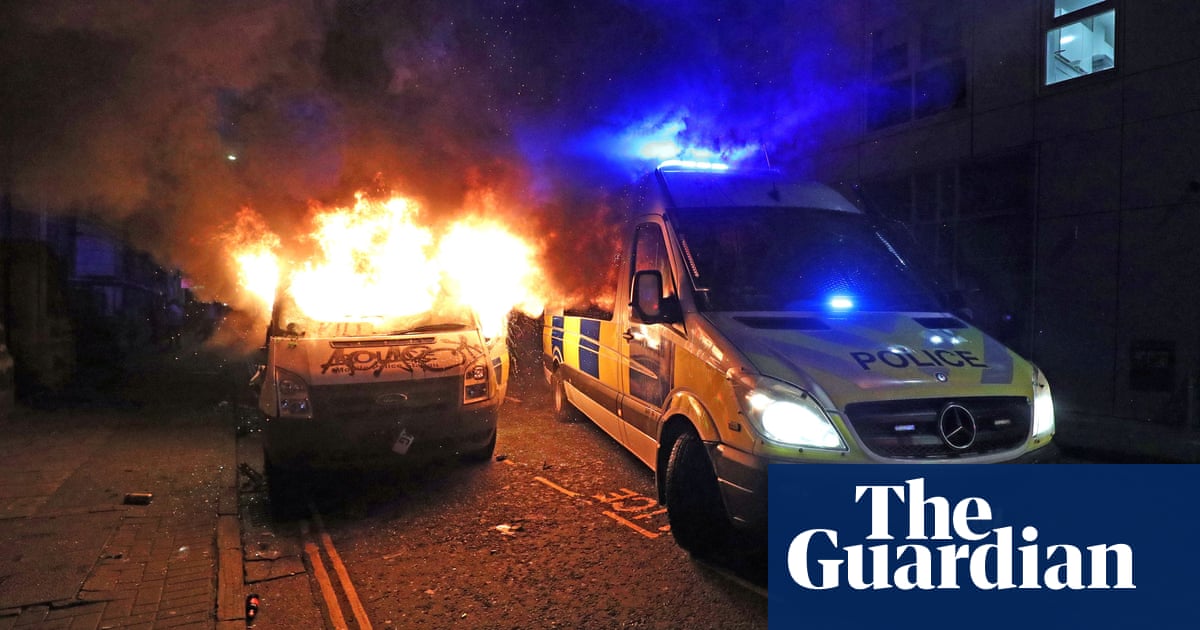 'Kill the bill' protest in Bristol condemned as 'thuggery and disorder'

Terrible. As Patel said “Thuggery and disorder by a minority will never be tolerated.”

over by violent rioters.

So sorry to hear that. The inhabitants of Portland, Oregan have been living thru near constant rioting for more than 8 mths and through 2 different administrations, 2 different presidents. That city is ruined. Can you imagine having an airbnb there? Whatever the reason for the demonstration, after they turn like this they do not seem worth it.

Sadly that woman is a truly awful politician but sadly as always with these sort of protestors, they attract a ruly element with no real interest in the cause-- just there to cause trouble.

The Bill she is trying to push through parliament would give the government powers to imprison protestors for up to ten years . This in a country that has a maximum of five years for rape.

If she told me it was raining, I’d go outside to check… if she told me the sun rises in the east and sets in the west I’d sit from dawn to dusk to be sure.

Horrible woman, and an out and out bully towards many of her staff. How she is still in a job I really don’t know… well I do actually, but wouldn’t dare put it in writing anywhere that’s likely to be crawled by Mr Googlebot!

@Helsi thank you for sharing. I’m sorry it is/has occurred.

Really? “Constant rioting”? Do you have evidence of this?

I hadn’t heard anything about this from my best bud of 20 years and resident of the Portland area. So I asked… his response.

“Um, that’s pretty much nonsense. There’s a bunch of really ugly homelessness in Portland, tents and tarps covering endless encampments. Rioting is a gross exaggeration; there were lots of smaller “protests” in one place downtown but I haven’t heard anything at all for many months.”

Do you live in Portland? I thought the disruption was contained in a very small area and not that impactful to most residents at all. Of course, if your business premises got trashed, that’s very significant to the owner. I don’t want to understate but my impression is that some reports were quite exaggerated.

my impression is that some reports were quite exaggerated.

I think these ‘reports’ are from a certain “Faux News” source…

I think these ‘reports’ are from a certain “Faux News” source…

But sadly, Helsi’s reports regarding riots in her lovely home town of Bristol are true, and both hers and John’s views of Priti Patel. She is a politician who makes me ashamed to be British.

Sorry, I have friends and family there, and that’s NOT true. The demonstrations happen in an area near the downtown Federal Building, and only at night. The rest of amazing, fun Portland is just fine.

Have you ever even visited Oregon or Washington?

Can you provide some links showing this eight months of ongoing rioting shocked I haven’t heard about something so momentous on the international news? @Mountainhost

What on earth are you talking about - these protests are against legislation being introduced to limit our rights to protests and allowing the government to introduce legislation that could mean up to 10 years in prisons for protesting .

Nothing to do with Covid @shashdineecoretreat

Nothing to do with ‘provocateurs’ in terms of the violence - just drunken idiots and troublemakers looking for a fight .

This is what happened in our third night of protest this weekend https://www.google.co.uk/amp/s/news.sky.com/story/amp/bristol-protests-arrests-made-after-projectiles-thrown-at-police-following-sit-down-demonstration-in-bristol-12257872

(sigh). Antifa = Anti Fascists. Not an organization. Just some of us who are Anti… Fascists. Sheesh, this is right up there with ‘cancel culture’ and all those other Faux News talking points.