Off topic: I am completely

Drunk beyond all normal limits for someone my age and I have no regrets. I survived the tRump years and I love you all. Not all did survive and I acknowledge the damage in more nomal times. For that matter, I’ll delete this topic when I wake up. But in the meantime, thanks to all who read this.

I don’t know what you’re talking about. President Hillary Clinton’s second inauguration was more inspiring than her first.

Kudos for being drunk beyond all normal limits and still able to write a coherent post with proper spelling, grammar and punctuation.

I opened a bottle of Maker’s Mark 101 and I am sipping on a glass at home and on company time celebrating. Trying my best not to get drunk, lest I do regret it.

Truth be told, I wouldn’t call myself a Biden fan, but I can’t pass up the chance to celebrate America’s freedom from Trump’s leadership and/or lack thereof.

Good for you! We all deserve a stiff drink after the last four years. If you were too drunk to remember Amanda Gorman’s poem, go back and listen to it tomorrow - it was incredible.

Drunk beyond all normal limits for someone my age and I have no regrets.

I object. You’re the same age as me and getting absolutely lashed is perfectly fine, given the circumstances.

Just emailed you a packet of paracetamol, some vitamin C tablets and an ice pack for tomorrow morning.

Alternatively, you can go for a hair of the dog that bit you…

Now that I think about it, an appropriate term

She was remarkable. I hope she continues to share her talent.

It was a well done inauguration. It had a couple quirks.

Lady Gaga’s national anthem performance was spectacular. However she did kind of channel a Hunger Games vibe with a giant dove on her dress that looked like a mockingjay.

JLo’s delightful in Spanish of “one nation, under God, indivisible, with liberty and justice for all.” But then her odd flashback to “let’s get loud” to a small audience of mostly middle-aged who had no idea what to think

Garth Brooks breaking with his conservative fans & background to perform as his effort to help the nation mend. I respect that.

I think I would’ve enjoyed it even more if I had started my day with mimosas & Bloody Marys. But I don’t have the composure to make logical sentences and type after tippling like @KKC

Drunk beyond all normal limits for someone my age

You’re the same age as me and getting absolutely lashed is perfectly fine, given the circumstances.

I think I’m older than both of you yet getting kaylied is a necessary part of the day. Cheers all!

I think I’m older than both of you

Is that in dog years?

Oooh, yer so brave hiding behind your computer screen, aren’t you? In real life, I’d give yer a Barnsley kiss for saying that.

Absolutely not. It was the best of the day.

Oh wheesht you, or it’ll be a Glasgow kiss in return

I read that in a Glasgow accent!

Hey delightful surprise —-just watched a Fox News host Richard Fowler, get emotional and a bit choked up while talking about the positive message VP Kamala Harris was sending to his daughters and how much it would’ve meant to his mom. 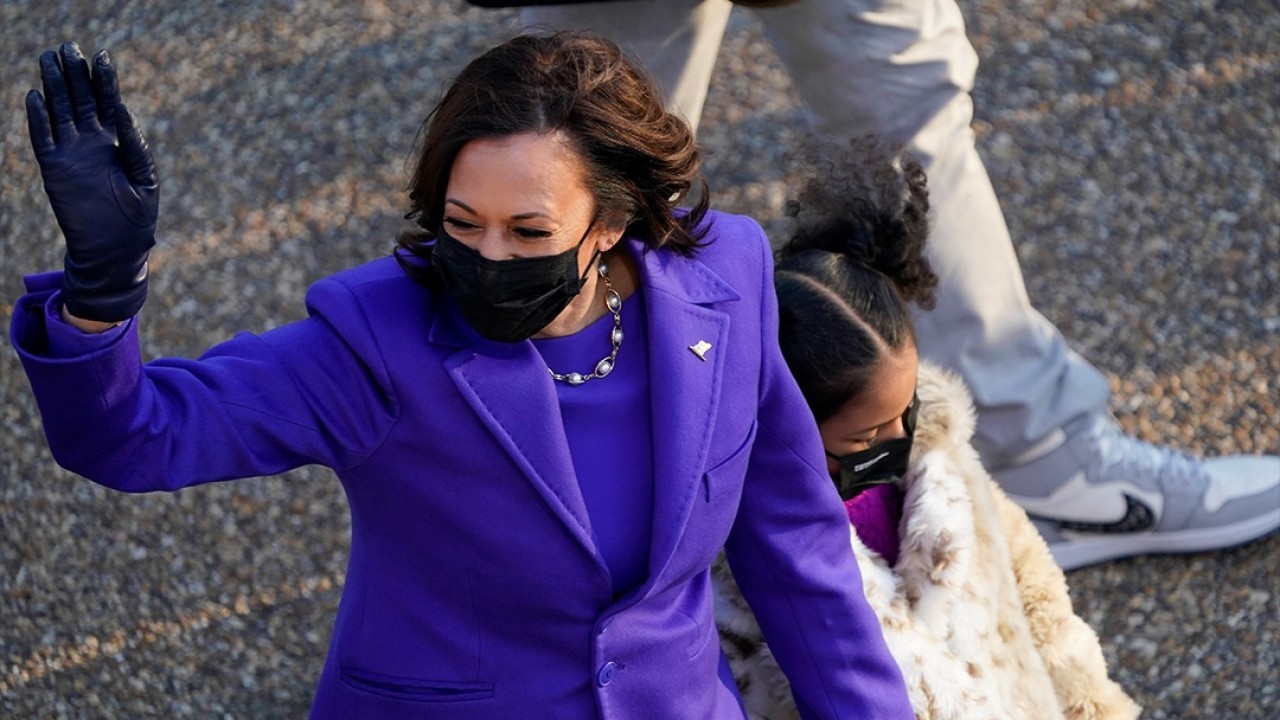 and vitamin B forte please. When I was a psych ward manager, we kept a running supply of BC 500s in the drug trolley. For staff.

Vit B is stripped out of your intracellular complex by booze, and if replaced quickly, overturns a hangover quickly. Lack of leads to peripheral nerve irritation, symptoms of which are cobwebs on your face and being unable to feel your feet hit the ground when walking.

I’d agree with the “hair of the dog” recommendation!

Had an oversized Tanq 10 martini myself lol

Since the ceremony started at 7:30am my time, I had a shot of single malt before noon for the second time in my life (the first was they day my father died). The only other time I’ve had drinks before noon was wedding/honeymoon mimosas or bubbly.

I did have neighbors who had mimosas and fancy breakfasts.

Now the heavy lifting begins. At least now we know we have government on OUR side, and they’ll root out the grifters.

Gaga took to Twitter to explain the symbolism of her pin choice. No, she wasn’t trying to channel The Hunger Games ’ mockingjay; she was trying to send a message of peace to a very divided country. “A dove carrying an olive branch,” Gaga wrote. “May we all make peace with each other.”