The kittens managed to damage my screen beyond repair this afternoon, so I’m currently using a newer chrome book courtesy, of Mr Joan’s eclectic collection of laptops.

Just had a message from a current guest whose is out for dinner, and spotted that their EXACT time of checking in, to the minute, was recorded between messages. I’ve never seen this before, and feel quite sickened by such surveillance.

Mr J thinks they are logging in via Facebook, who know exactly where they are etc etc, but possible Google with an Android phone.

spotted that their EXACT time of checking in, to the minute, was recorded between messages

Do you have a screen shot? I haven’t seen what you are talking about. Isn’t this something the guest authorizes (though I didn’t do it on my recent stays)?

Just had a message from a current guest whose is out for dinner, and spotted that their EXACT time of checking in, to the minute, was recorded between messages.

What do you mean? I’m confused by what you’re referring to…”checking in”?

This post is very confusing to me but intriguing at the same time. I have no idea what it is about though!

ust had a message from a current guest whose is out for dinner, and spotted that their EXACT time of checking in, to the minute, was recorded between messages. I’ve never seen this before, and feel quite sickened by such surveillance.

The exact time of Check In will appear when the guest uses the link to the Check In Instructions that ABB sends automatically a couple days ahead or the host sends manually at any point. It is very buggy. Sometimes it works, sometimes it does not. Guests also have the option to “Check Out” the same way. I have only had one guest that ever used the Check Out and around 4 that used the Check In.

Oh, so its like my Secret Shopper apps that use check in and check out for some of the mystery shops I do? I go to Costco, “check in”, do the shop and then as I’m driving away, “check out”. Never heard of it for Air.

Never heard of it for Air.

It is only available and usable through the app. You tap on the key in it sends the instructions to whomever is in your inbox for that message. 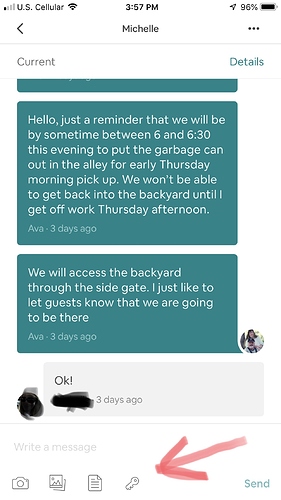 Ah…I use a laptop for my Air and VRBO biz. Thanks.

I use a laptop

For ABB you can set it up on the app, copy the link, save it in your Saved Messages and send it that way.

Am I the only one who is completely confused by this post?

Am I the only one who is completely confused by this post?

Maybe I can help. These screenshots show how you can get to it to set up or edit your check in Instructions and what a guest sees when they follow the link you send from the app or your saved messages 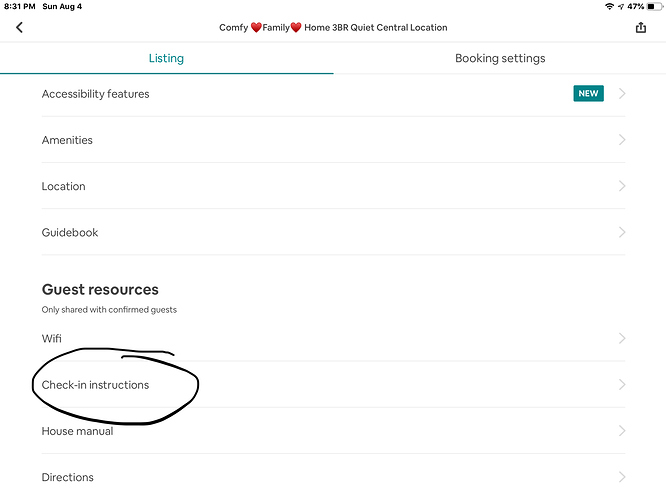 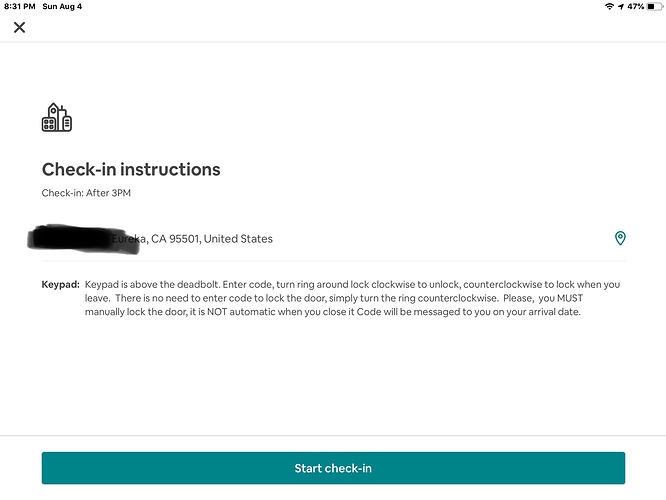 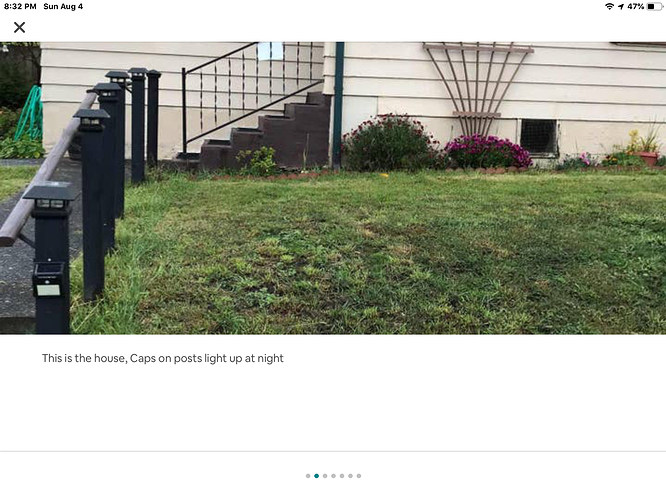 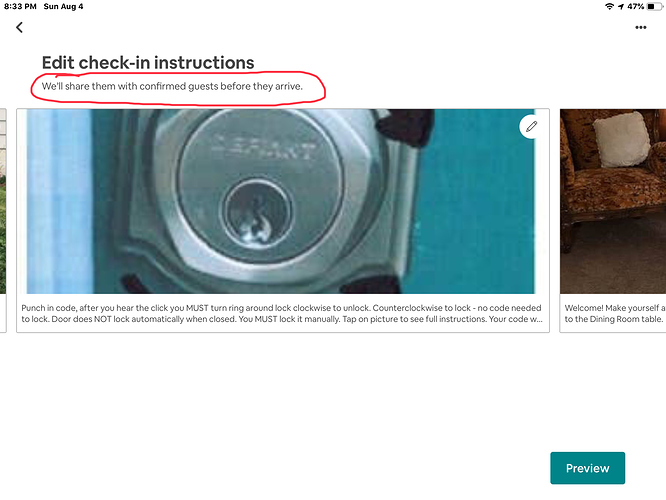 Thank you @AvaH, for such a clear explanation. I told her about it when they arrived back from dinner, and she showed me exactly that on the App on her phone. I think she said that she had looked at check-in instructions on the doorstep, as I hadn’t heard the bell. I’d just had four other guests check-in and was showing them to their rooms.

The guest herself was quite surprised by it.

@Joan, You are very welcome. It isn’t well publicized, if really at all. I just figured it out by chance and the cooperation of a couple of guests. It actually would be kind of handy if all of the guests did use it, especially for standalones like mine. I think you have to use it right on your doorstep for it to work to notify the host they are checking in.

I’ve only seen CheckIn maybe 2 or 3 times and never CheckOut. I think it could be helpful if it was a required thing. Some guests will come to say goodbye and others disappear without any comment… which is fine… but if I can get in and clean several hours early then Awesome.

but if I can get in and clean several hours early then Awesome.

If I see they are gone or think they are gone I check the Ring footage and if they took their bags I message them and ask if they are checked out. If they don’t answer I go knock on the door and go in. If all their stuff is gone I start cleaning and it’s worked flawlessly so far.

I do the same (minus the Ring)… but it’d just be easier. Our guests have use of the driveway but many choose to park on the road- some because they simply didnt read or follow checkin instructions- so its harder to see if car is gone. I have gone down ONCE when car was gone but found partner sleeping. Snuck right back out.

have gone down ONCE when car was gone but found partner sleeping. Snuck right back out.

Once I went in right away and started stripping the bed and the guest came back in to use the bathroom. Ideally everyone replies to my message asking if they checked out. I just had a 22 day booking turn into a 13 day booking. He sent a message saying he left but didn’t use the words “checked out.” I thought he meant checked out and he didn’t answer my question about shortening his stay. So after 12 hours I went in but he’d left things in the refrigerator, his soap and scrubbie were in the bathroom and one t-shirt was in a drawer. So I messaged again. I finally got a clear answer about what was going on.

I used to have a problem with parking but added fish eye cameras and now can see the entire road. I also expanded the driveway. Ironically since I added the cameras that give me a view of the street everyone parks in the driveway. It’s bizarre.

I’ve always reminded guests of the checkout instructions the night before and asked them to send a quick message or text when they leave. I would say about 75-80% of guests complied. But since recently adding this message to the reminder, I’ve had almost 100% compliance of guests letting me know the night before the time they’re checking out:

Just so I can help our cleaner plan her day (and our next guest) can you let me know if you’re leaving earlier than the 11AM checkout time? No worries at all if you’re not, it just helps with planning.

I may have stolen it from someone on here actually. All I know is it works like a charm.

I have analyzed it over and over with the responses and what I am getting is this: the OP noticed some new feature that AirBnB has, that notified her exactly when her guests checked in, and she thought that was creepy and THAT is the surveillance that she thinks is sickening. Surveillance of the GUEST. It apparently pops up in the inbox, therefore explaining the ‘in between messages.’ I think it’s confusing because we assume she must be feeling sickened and surveilled by the guest … but she is sickened on behalf of the guest…? Am I close?

The part about the kittens and the screen being damaged becomes relevant because she’s on a new machine where I’m assuming she suspects that is how she is getting different notifications that she hasn’t seen before.