I met my new "neighbor" today

For the past three weeks, there have been work crews going in and out of the home just 2 houses away from my former listing. Yesterday and today, there were people bringing in new furniture in boxes. I just met the owner and he told me he purchased the home to do short-term rentals on Airbnb. I told him how I was doing short-term rental in my rental house and the community homeowner’s association shut me down in April 2020. He claimed that he read the association’s CC&Rs and he was adamant that there is no rule prohibiting short-term rentals. I told him I verified it and that I would show him the CC&Rs.

I walked home, found my electronic copy of the CC&Rs and printed out the specific page. I also checked Airbnb and the home is currently listed with availability starting December 27. He is listed as the host. He named the listing “The Wild Lizzy!!!” (Does that seem like it’s trying attract parties?) The listing also lacks the required state transaction privilege tax registration information, which has been in effect for about 3 years.

I walked back and showed him the CC&R info and told him about the TPT registration, too. He’s an investor with multiple long-term rental properties and this was going to be his first experience in short-term rentals. He thanked me, but he didn’t give me the impression that he’s going to un-list it from Airbnb. 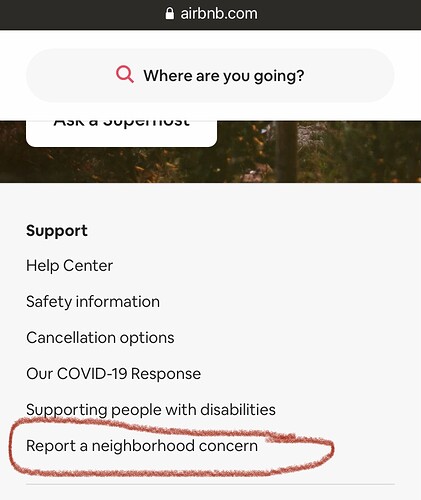 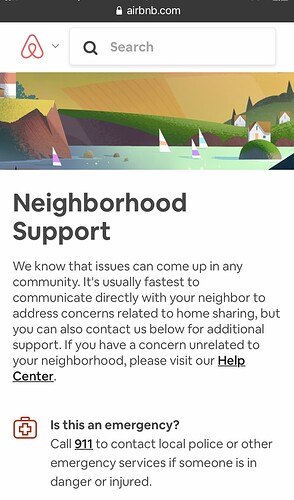 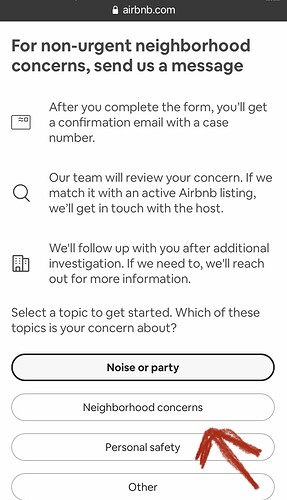 Here’s the link to the webpages pictured

He’s an investor with multiple long-term rental properties and this was going to be his first experience in short-term rentals.

An investor contacted me about my experiences hosting a short term rental. He is considering making an investment in my area. We had a delightful conversation so later he asked me about a property he was considering.

I told him I liked it but it was in an area ZONED no STR. I got the impression he was going to do it anyway.

They make the rest of us look bad.

I wouldn’t bother reporting to Airbnb but I would be letting the city or HOA know if there are wild parties. It sounds like the HOA will be taking care of it anyway, given what they did to you.

Well if Brian notifies the HOA, AirBnb or both he will be blamed by the neighbor anyway so may as well notify everyone, including the tax collector.

At one time, this tiny complex of small apartments had four used for STR. This included mine, the apartment directly below, the apartment next door and the one diagonally opposite. All, except mine (of course

) were the investor type.

These landlords wanted to be in the STR business but without having to lift a finger themselves and thought all they needed was a cleaner.

Needless to say, they didn’t have city permits or STR insurance or any of the other annoying-but-necessary stuff that we have to do (and pay for).

One by one, they all faded out of the hospitality game pretty quickly until I was the only one left. I wasn’t a bit surprised.

This—after telling me that she had watched me make “all that easy money”, my neighbor who listed her condo on VRBO made it one year then sold her condo. She said it was too much work.

I never turned him in to the city, the HOA, or Airbnb, but I did tell all of the nearby neighbors a month ago. They all know that I was prohibited from STR almost 2 years ago. I also reminded them of the Airbnb Neighborhood Support. One of my neighbors talks with just about everybody in the neighborhood, so I assume everyone nearby knows.

The listing is for a maximum of 10 guests and it specifies no parties or events. The house rules previously stated that they allowed up to 16 people in the house but only 10 overnight. That rule is now gone. There was a party/event at the listing on Saturday which I think is the 4th reservation hosted. There were no less than 22 cars that showed up for it. We (neighbors) were expecting the worst, but other than parking, it wasn’t a problem. Very few people park on the street on in my neighborhood, so even that wasn’t a problem. I’m not sure of the reason for the event, but everyone wore purple shirts. It wasn’t loud and all but 3 cars were gone by 11pm according to my next-door neighbor.

A “For Sale” sign went up in the front yard of the listing today. I assume that either the homeowner’s association started enforcement actions or the party curbed their enthusiasm for STR.

Given the red hot real estate market he probably won’t even lose that much money.

everyone wore purple shirts. It wasn’t loud and all but 3 cars were gone by 11pm

Did the STR bother you?

Given the red hot real estate market he probably won’t even lose that much money.

Did the STR bother you?

The only thing that bothered me is that I shut mine down the same day I found out that STR was banned in the neighborhood, but he knew he was violating the HOA rules and continued anyway.

It wasn’t loud and all but 3 cars were gone by 11pm according to my next-door neighbor.

Order of the Royal Purple party?

Just for laughs, I noticed this photo on the MLS listing for the sale of the home and I thought the photos looked familiar. They were taken directly from the Airbnb listing. 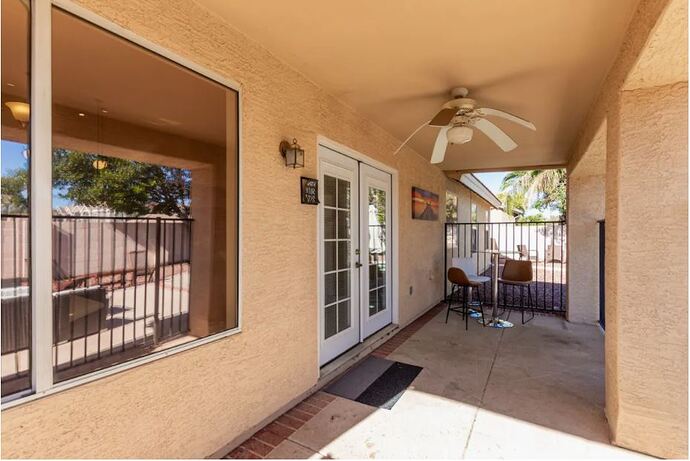 What’s with the wilting fan……is that a thing?

photos looked familiar. They were taken directly from the Airbnb listing

That droopy ceiling fan tells me immediately someone used an indoor fan for an outdoor space & didn’t care enough to fix it. What other things were not done properly?

That droopy ceiling fan tells me immediately someone used an indoor fan for an outdoor space & didn’t care enough to fix it.

What’s with the wilting fan……is that a thing?

That’s exactly what I wanted to point out. As @Annet3176 said, this is what happens when you install an indoor-rated fan outside. And yes, it makes you wonder what other repairs/maintenance were overlooked or poorly done.