Hot enough for you?

I find it ironic that I had this challenge during one of the hottest summers on record. I have a big old Victorian and it can be tricky to cool and heat rooms. However after several days of hot days (94 degrees) and nights the house is quite toasty. We have the AC window units on in three rooms. My guest just asked for a space heater! I guess it’s electricity whether they heat or cool, but I was a little shocked. Of course, I found him one.

I just had the pleasure, a couple of hours ago, of informing our guests that we’d be hitting 46C (115F in old money) this weekend. Friday through to Sunday, with high humidity and zero wind

If anyone had asked for a heater, I’d have called an ambulance and had them sectioned!

Our plan is to go shopping during the day, air con in all of our destinations, and of an evening, move into our daughter’s apartment next to ours. Rationale… they’ve got AC, we don’t

It’s been typical August weather so far for us, 38C (100F) plus most days and bloody hot and humid at night, but 46C plus, sod that! Roll on September!

Only my 2nd summer in the Shenandoah Valley and it was not this hot last year. No AC for me, just for the guest room.
Lived in the Pacific NW too long to deal with this.
Where do I move next?

Lived in the Pacific NW too long to deal with this.
Where do I move next?

We have the AC window units on in three rooms. My guest just asked for a space heater!

Hopefully, the guest isn’t using the Window AC and the space heater at the same time.

Not too bad the last few days here in the Mohave near Los Angeles, but, watch out red hot fire season on its way! No humidity ever.

I don’t allow space heaters. I think they are fire safety hazard.

It’s been typical August weather so far for us, 38C (100F) plus most days and bloody hot and humid at night, but 46C plus, sod that! Roll on September!

Oh you have the Florida weather, too? Up until today the heat indices here have been in the low 100s (old money

Since I’m cheap, I keep the AC at 80F during the day to keep the humidity at bay and down to 78 at night. Lately that’s been 76 because it’s been stuffy and sticky.

I’m so happy I have a pool…

Guests coming the weekend of the 20th. One night, local b’day party at a local home. It will be interesting.

Fortunately we have used them for over 20 years with no issue. I always get the ones that turn off if they tip and take precautions regarding anything near them.

It’s the Levante wind that’s the killer here, once it gets channelled by the narrow streets in the city centre, when you turn a corner it’s like facing a hairdryer on full heat.

At times like this our local plaza is deserted until at least 21:00, or even later. Most folks stay indoors or head to the coast.

How’s your season going, been busy?

Fire season coming! We expect 60++mph hot Santa Ana winds several times in the next 6 months. Lucky for us our gf, has a walkie talkie to another friend who has direct communication with the Fire Commissioner, and we know right away if there is danger because the helicopters come to fill up in plain sight.

Guests can leave asap if they want with a partial refund if there are high winds or any fire reason.

Foggy, cooler, today. I don’t have to rush to take Loki n’ Bee out on trail! 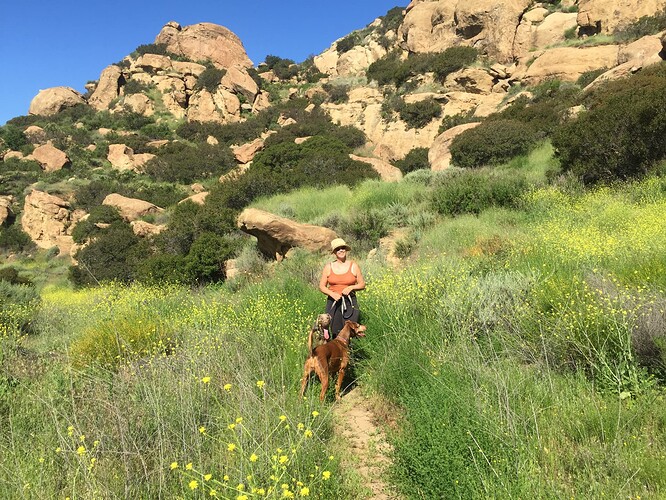 @NordlingHouse
A big part of why I left Western WA after 39 years was I couldn’t take those long gray winters and I know that’s the case for SE Alaska.
No perfect place, sheesh!
@gypsy Are you in Arizona?

108 degrees in southern Oregon for the next two days. Then cools down to 105. We are hotter than Phoenix AZ right now.

But the bad part is the smoke. Last nite it was 484 hazardous on some sort of scale. It does burn your eyes when you’re outside.

I’m not normally someone who worries too much about hurricanes (and certainly not about tropical storms) but the last one that really walloped us here was Wilma. Pebbles next?

the last one that really walloped us here was Wilma. Pebbles next?

Thanks for the giggle. Pebbles and Bam Bam will be for next year! Fred appears to be very poorly organized (as I’m sure you’re seeing) and has brought his GF, Gloria, who seems to have commitment issues.

In the meantime, I’m making a Storm Snack List for my next trek to Aldi in the AM. The last trek cost me $100 and 5lbs…

Behavior I would never allow from a guest:

I “get” the whole AC + heat thing. In the morning or late at night, I often want a little fan on if I’m at my desk with the AC on. At the same time, I want a little heater on under my desk.

I must have climate zones. Hot head and cold feet.

We do provide small fans to guests but no portable heaters. A lot of people want a fan on while they sleep.

Arrrgh no electricity tommorrow! The power companies are trying to fortify systems and cut the fire induced lawsuits. Time to head to the beach!