I noticed many of the hosts here are from london. Anyone has a studio in west london with good links to hammersmith station maybe? Looking for a weekend in October. Yes I can google and search on airbnb BUT London is too big and I have no idea of bad/good areas

However, I’m from London so happy to help with recommendations.

If you let me know what it is you want to be near and what you are looking for in terms of the area I am happy to make some recommendations.

The only host I know of hosting in London is @Fahed and he doesn’t have a studio. But maybe he knows someone?

I’m attending an event at apollo arena in Hammersmith. But the next day we’ll want to explore the city centre. I know london is well connected with tubes, underground etc so I’m not looking for something central as it’d be too expensive.
I’m looking for an area that is less likely to get stabbed?

seriously though I’d like to know what areas to avoid around Hammersmith.
Thanks in advance

I’m looking for an area that is less likely to get stabbed?

First, download a map of the London Underground to get your bearings. Most of the area around Hammersmith has been steadily gentrified over the past 2-3 decades, and in West London, you are far away from the areas where most of the recent spate of stabbings have occurred. Most of these are happening in the far North and East of London, in areas of extreme, austerity driven, deprivation. And of course, you won’t be shot!

The areas I would avoid staying in near Hammersmith is Acton, North Ealing, and Park Royal, although I’ve not been over to that side of London for a long time.

Areas I would search include Ealing, Chiswick, Gunnersbury, Kew, Putney, Southfields. Wimbledon is likely to be as expensive as Central areas and you won’t find a thing if the tennis is on! Richmond and Kew are further out but lovely old villages, now swallowed by Greater London.

Okay here is my twopence worth. I was brought up in West London and know the area well.

Firstly violence from knife and other crime is in no way comparable to the levels of violence experienced in the streets of major cities in the US. Like in the US it is often associated with gang culture so even in areas where it occurs you are highly unlikely to be a target !

Even central London is really not that expensive compared to other major cities.

You can stay in Hammersmith itself - lovely pubs on the river, Lyric Theatre, major music venue, good shops and restaurants.

From there you can easily get to the museums in South Kensington, and the parks and shops in High Street Kensington and Harrods in Knightsbridge.

Even the West End with its shops, museums, art galleries, landmarks, parks and restaurants is only about a twenty minute ride from Hammersmith on the tube.

If you want something more middle class and restrained - try Richmond now a large pretty town- about 15 minutes on the tube from Hammersmith, fantastic independent shops, on the river, fab restaurants, two theatres. On the tube and the train. Fast train about 20 minutes or so into London Waterloo,

Chiswick is similar - some parts on the river, great restaurants, Chiswick House and Park. About five minutes on the tube.

Putney, Southfields and Wimbledon are lovely but a bit difficult to get to by tube from Hammersmith (you would need to change).

From what you say, you would probably be more comfortable avoiding areas around Shepherds Bush and Notting Hill.

Firstly violence from knife and other crime is in no way comparable to the levels of violence experienced in the streets of major cities in the US. Like in the US it is often associated with gang culture so even in areas where it occurs you are highly unlikely to be a target !

Are you assuming Gem is American? I don’t believe she is.

silly assumption on my part @KKC

I wrong assumed she was from outside the UK because of the remarks about knife crime.

I have just checked and she mentions £s in her post so sounds like @Gem20 is from the UK. In which case @Gem20 you will know that knife crime isn’t such a big issue over here.

silly assumption on my part @KKC

That’s okay, most Americans on the forum assume everyone is American.

Thanks so much for all recommendations @Helsi I was actually looking at a hotel at shepherds bush next to the shopping mall its called OYO Abbey. Might have to reconsider. I live in Liverpool and lived in Manchester in the past though I’m not British. I only ever been to london once and only at Wembley area.

Again booking . com seems to have cheaper options than airbnb. There’s a lot of hotels on shepherds bush road next to the tesco superstore I think I might just book one of them. Love a big tesco

Personally if I was staying in that area and wanted to be somewhere safe I wouldn’t stay in Shepherds Bush as I advised in an earlier post but absolutely up to you. @Gem20 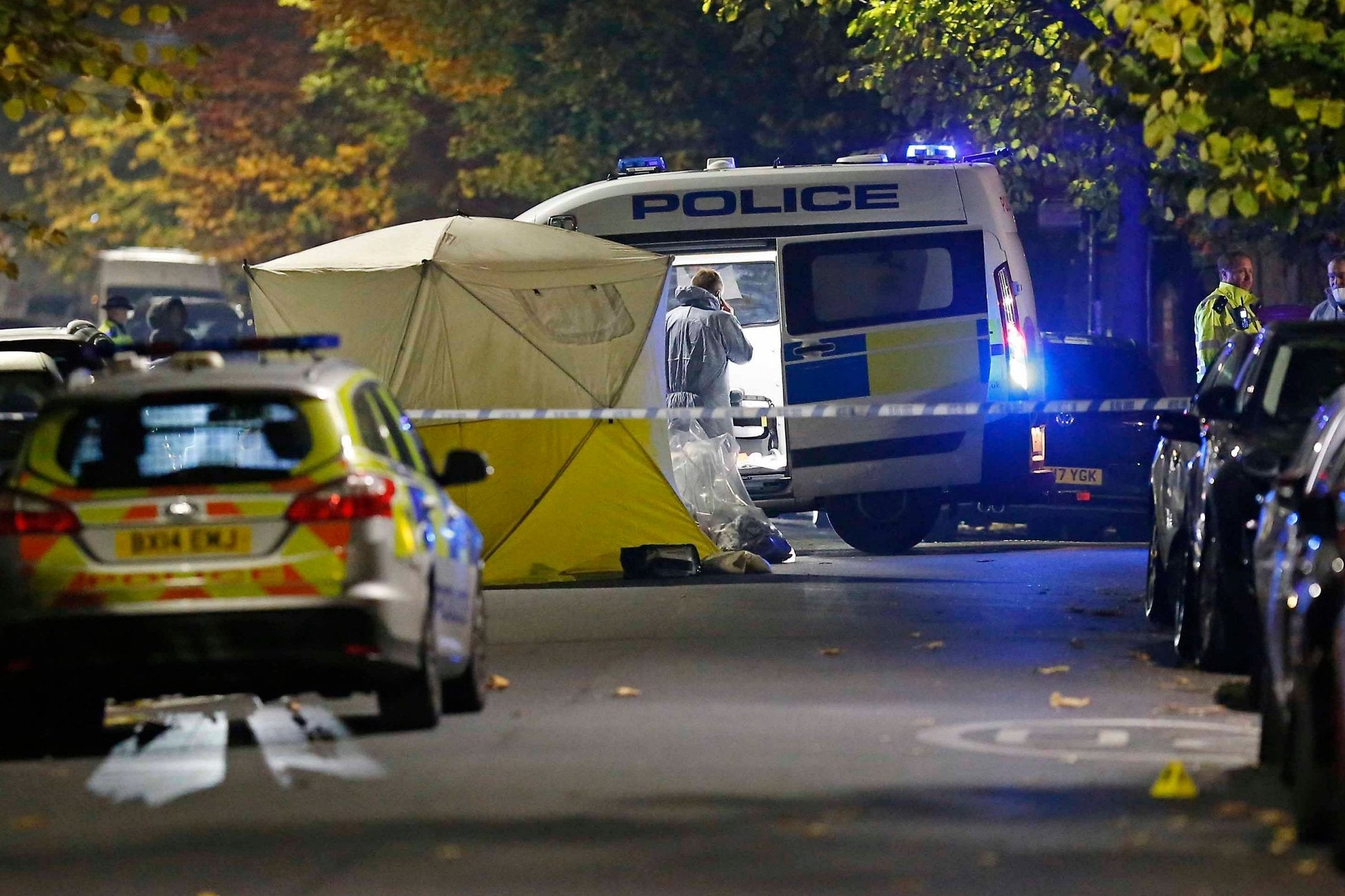 Teenager fighting for his life after being stabbed in Shepherd's Bush

A teenager was fighting for his life today after he was stabbed in broad daylight in west London. Police were called at noon to the attack in Willow Vale, a residential street in Shepherd's Bush. The stabbing was close to a nursery... 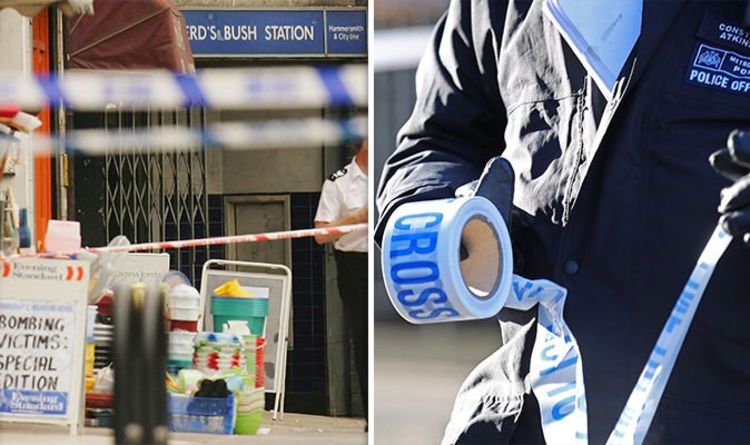 A 16-year-old boy was the stabbed in a brutal attack in Hammersmith and rushed to Central London Hospital.

I also wouldn’t stay there simply because there are much nicer, more interesting areas to stay in and go out in, in the evening and during the day.

large shopping centre and a large Tesco’s are your thing

On the plus side of Shepherds Bush, my other half lived there for years and absolutely loved the place. Mind you, he does like to shop

The ones I’m talking about are on shepherds bush road but the area is actually Hammersmith. At least thats what the address is. Next to the tesco is the Hammersmith fire station so I’m assuming it is Hammersmith. Well… hopefully

Now that I’m thinking about it, it is a bit weird being attracted by tescos but when I told my OH about it he got excited as well​:joy:

We’re really on a budget for this trip because it will be few weeks after our holiday to Portugal, Greece and Cyprus.

I just grabbed a bookingdotcom genius deal in of those hotels across tesco they have good reviews and only £136 with breakfast for the whole weekend. Its rated 8/10 for location as well.
Thanks everyone for the help

Yes I used to live there in the 80’s and loved it too, unfortunately some parts of it have changed for the worst.

Glad to hear the hotel is in Hammersmith rather than Shepherds Bush.

And I would really recommend a visit to The Gate for one of your meals, even if you aren’t veggie the food is amazing and it’s in a lovely setting

The Gate - The Best Vegetarian and Vegan Restaurants in London