Eeek - a mouse (title must have fifteen characters - why?)

We live in a three-story semi in downtown Toronto. Our guest suite is the two rooms on the third floor. We don’t have a mouse problem, but our neighbour does & it drives her mental. We think she’s too uptight about it, but she occasionally goes on the warpath and tries to get rid of them.

Given that we don’t normally have any, she can’t really have more than one or two and she’s generally cleaner than us. It’s still odd that we have none at all. We did have cats for a long time, but the last one died three years ago. She hates cats, and raccoons too. She had a raccoon problem and we don’t - go figure.

We normally never see a mouse at all except when she goes on the warpath & they flee over here until she calms down. But she’s out of town on vacation right now.

So imagine our surprise when one of our guests saw a mouse briefly. We had to be seen to be doing something, so we borrowed our son’s cat even though the mouse disappeared when it first saw the guest.

I was astounded to hear from my wife that the guest who’d seen the mouse abandoned the room and had moved into the smaller room which her friend was sleeping in. It’s a small room and all of the amenities are in the bigger room. It’s crazy, but I figure we just have to refund their next three night’s here until they leave. I really thought that guest was sensible and level-headed (they’ve been here a week), so frankly, I’m pissed off. If we had a mouse problem, we’d have done something about it, but it’s never happened before in over a year of hosting. We try really hard to make our place as nice as possible, and just dropped three grand on some renos that were necessary, but only somewhat urgent because they were in non-guest parts of the house that were visible to guests. A mouse problem like that is unsolvable, short of having a cat full time, which I don’t want to do.

So, no real question here, just pissed off at the unfairness of the situation and I needed to vent a bit.

Are mouse traps and cheese (for bait) available in Toronto? Unless those neighboring mice have an IQ above 120, that may do the trick.

Yeah - forgot to mention we got a humane mouse trap from our son along with his cat. I tend not to trust those things, but we’ll have to deploy a couple in the hopes they work if necessary. Fly paper, ant traps… none of that stuff works well for us. I guess our urban pests have all been to school! Toronto went to great expense to coon-proof our green bins. They’d cracked the new ones in less than a day.

Why can’t you get an outdoor cat? My cat catches rats almost nightly. They clean kill them right at the juggler, depositing them at your doorstep for review.

Technically they’re illegal here. We don’t have a problem with outdoor mice and have never seen a rat. We did see a possum once, which is really weird this far north. Our neighbour is the one that has a problem with small critters, and often seems to try to blame us for it. She may have had a point al those years we had a cat and she didn’t, but the coons built a nest under her porch, not ours. We like the little guys, but you definitely wouldn’t want one indoors - they are vicious when cornered and can carry disease. Lately they’ve been afflicted by rabies, which makes them act really weird, like an old drunken vampire. Anyway, I don’t see how an outdoor cat would affect your indoor mice, although thinking back, I guess our guys did catch the odd mouse outdoors. And they’d have to go outdoors to travel from house to house, except when you have a connecting wall, as we do with our neighbour. On a side issue, fossil flour is a terrific way to kill roaches; it’s non-toxic and works forever. I think it’s ground up sea shells that shred roaches trying to crawl over it.

On a side issue, fossil flour is a terrific way to kill roaches; it’s non-toxic and works forever. I think it’s ground up sea shells that shred roaches trying to crawl over it.

Thanks for the tip - I just ordered some! In case anyone cares, the product is 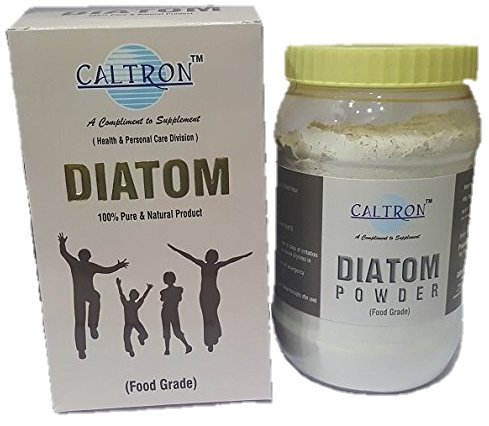 Caltron is the manufacturer of food grade diatomaceous earth. This product is available in 750 Grams Net packing bottle with delivery all over India. DIATOM Diatomaceous Earth Powder is not poisonous. ...

I’d never heard of this before, but it’s worth a try. I particularly like that it is non-toxic. If I understand correctly, I could safely eat this stuff, not that I am planning to.

Gosh, a mouse in the house is NOT a sign of a dirty house or anything, and can happen to anyone at any time. Some people freak over spiders, some people freak over mice I guess. Sorry this guest seems to be a freak about it, does the guest think the room she is now sharing with her friend has magical powers that will repel a mouse from going in there? Sorry you are dealing with this.

Anyone old enough to remember ‘Cocogigo’ on the Ed Sullivan Show?

We’re regularly plagued with mice/rats here. I’m hoping that guests from other, less rodent-infested places will not freak out. But I suppose they might. We have traps. Sometimes they catch something. Any suggestions what else one might usefully do?

Hopefullfy the human traps will catch the mouse tonight. But I am not sure why she thinks sleeping in the other room is going to be protection for her. I am a scaredy cat like this guest, and I would sleep with my friend, but still use the amenties in the other room. I wouldn’t be scared during the day at all. I would only offer to refund half of the 3 nights, NOT the full 3 nights. After all, they are still staying there. If they really wanted to leave then they could have contacted Air.

I had a guest contact me once because a mouse came in the bed on their last night! Thankfully that was the only night they encountered it. I thanked her for letting me know, and she did say that she just wanted me to know. Then she left her umbrella, and a pair of socks behind. I offered to ship it for free and she was just so estactic…phew!! That worked out in my favor.

My partner later discovered a gaping hole that was never closed back up for work being done. So after a few mice were caught…the next time I cleaning there is black snake near the washer/dryer.
Thankfully we got it out as guests were going to be arriving in half hour. I think the mice attracted the snake, or maybe the snake ate the rest of the mice!

Sorry, should have replied earlier, but I’m really pissed off at these two now & its thrown off my day. They refused to take the refund - I suggested they take half at least, but no. That’s not a problem to me, but they’re saying it hasn’t been an inconvenience in any way, which is clearly insane. Yer one said this to me while sitting on her friend’s bed. There are all kinds of things she could have said but that was just a flat-out lie and it’s gotten me really bent out of shape & wondering why I bother trying to be a good host. I think host-wise I’m going through puberty and realizing maybe I should quit trying so hard and just focus on the money.

g to be a good host. I think host-wise I’m going through puberty and realizing maybe I should quit trying so hard and just focus on the money.

And this is why I am much happier now.

I must have missed something, Mo. You are not upset that the gals are refusing a refund or any part of one. What upsets you is that they are telling you that the mouse episode “hasn’t been an inconvenience” to them in any way…and you consider that an outright lie?! Therefore, you should stop trying so hard to be a “good host?”

It’s that on top of some other things that aren’t worth whining about. We’re unlikely to change, I just can’t handle people not being straight with me, even if they’re trying to spare my feelings.