Check Out This Lising

This lising is located a 1/4 mile away from me. Notice the most recent review, and then go to the reviewer’s profile to get the whole story. 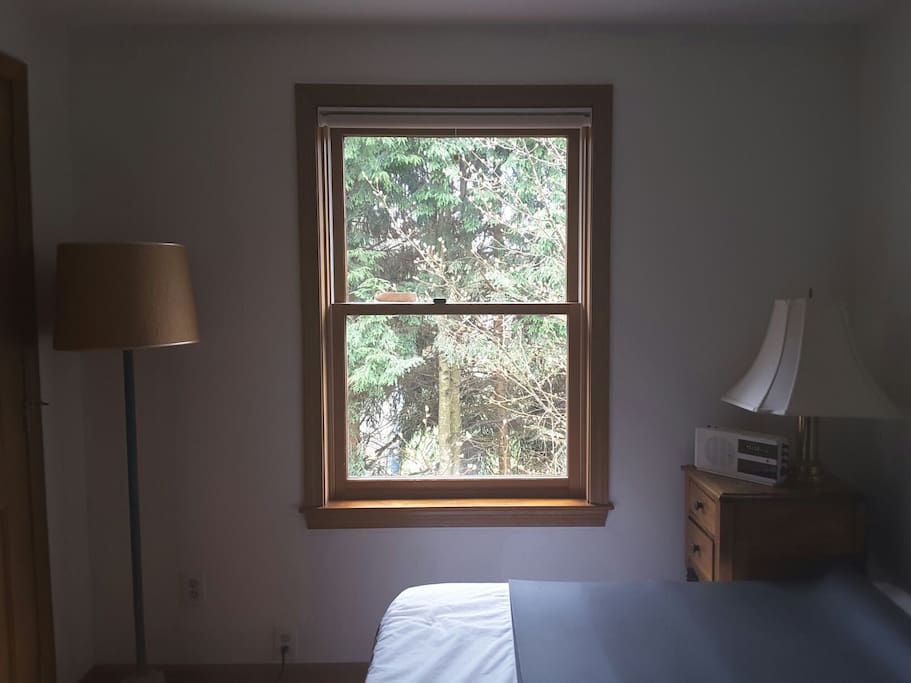 Warm and Comfortable in OOB - Condominiums for Rent in Old Orchard Beach, Maine,...

Private room in Old Orchard Beach, United States. Sunny, Convenient, Efficient, Connected; New Queen mattress and quiet room. The house is 1.5 miles to the beach, about 2.5 miles to the center of town. Only 1 mile to Hanniford Brothers and a number...

Sad when a host and a guest don’t get along.
I wouldn’t have accepted Laura’s booking, full time student, part time job, where does she leave the cat and how well trained is it.

A difficult one to call. We have all had guests that are less than honest in their reviews.

He has three great reviews. She has one that is fairly good.

He says he spent five hours cleaning. She said the place smelled horrible, but nothing else about the condition of the property.

Her profile is a little odd. Why state you are hetrosexual…who does that ?

state you are hetrosexual…who does that ?

I’m constantly amazed when various so called celebrities tell us they are gay, trans etc., then news organizations publish it as somehow important. I used to enjoy a design blog, unsubscribed when her sexual preferences became a part of each post. Until this stops becoming news, I see no reason to denigrate a person who wishes to post that she is heterosexual. She sounds like quite an unpleasant personality, but I find objecting to her statement re sexuality unfair.
As far as I’m concerned the only people who need to know about my sexual preferences are potential sexual partners.

Why state you are hetrosexual…who does that ?

True - seemed peculiar thing to announce.
I am new to the Air community and never considered putting heterosexual in my profile.
Not only stating “heterosexual” but then clarifying with “straight” ?! That seemed odd x 2.

If the layout of the accommodation was only a glass door dividing host bedroom any guest II would find that awkward.

As far as I’m concerned the only people who need to know about my sexual preferences are potential sexual partners.

Totally - I thought her write up read more like a POF profile.

then go to the reviewer’s profile to get the whole story.

It seems to me that in such cases, we will never have the whole story. Without a time machine, invisibility, and the ability to walk through walls, that is.

How do we know which version is the truth? Though I’ve got to wonder about:

He was very strange, and frightened me.

How was he strange? What did he do to frighten you? Specifics, please.

I had the impression that he was probably mentally ill and possibly dangerous so I left quite quickly.

There were glass doors that separated the room I was in from his room and I wasn’t comfortable with that.

That bit does sound odd.

Her concrete complaints were that the room smelled bad and the TV was very loud. The latter, at least, was something she could have easily done something about. Smells, on the other hand, are subjective.

made no request to turn the volume of the TV down.

This doesn’t make much sense without context, but maybe he knew she had complained (but where?) about the TV volume. People really should check stuff they write, particularly when other people are depending on it for information.

Fortunately, this isn’t a trial and I’m not a juror, so I don’t have to care.

Oh, and random question. The host has only 3 reviews. That’s a very small number. Do you think that people aren’t booking, or did he just open shop?

As usual the iPad app fails and won’t let me click on the profile. This will have to wait until my desktop is up.

I feel confident calling this one for the host. The guest didn’t tell the host anything was wrong; she just left. She could have mentioned the odor and she certainly could have asked the host to turn the TV down. She says she felt uncomfortable, and characterizes the host as strange, scary, probably mentally ill and possibly dangerous, but doesn’t say what the host supposedly did to incite all these negative descriptions. Nobody who isn’t a mental health professional should diagnose other people’s mental health.

I don’t see anything objectionable about someone describing themselves as “heterosexual (straight).” Maybe she needed to clarify as single woman with cat sounds like a lesbian.

I just think she is socially awkward and her review and reply to review are more supporting evidence. I wouldn’t accept her request due to having a cat loose in the room. The only people who brought cats to my place kept them in the bathroom which is fine for overnight but not for a long term stay. It may have been a case of two odd people with a personality clash.

I’m disappointed and frankly, surprised, that you don’t understand the importance of coming out, how young people see celebrities as role models, and generally don’t seem to understand the challenges and discrimination that LGBTQI people still face here and globally. Until gay people don’t have to worry about being fired, having their marriages prohibited or nullified, can adopt children, don’t have to worry about being killed because they are gay, then “coming out” is vital.

I’m a single woman with no cat.

I support coming out for those reasons , but it’s getting beyond that now. The design blogger doesn’t need to include it in every other post. Perhaps it’s because I’m in Canada and there isn’t the same bigotry here. I’d like to see more positive role models for obesity, aging and disability.

I read cooking blogs and I see plenty of heterosexuals trumpeting their heterosexual status by constantly bringing up their opposite gender spouses. I’m not at all bothered by people of any sexual orientation or gender identity discussing it on their blogs. I think that’s one of the nice things about blogs; getting a glimpse into the blogger’s life.

I support coming out for those reasons

Thank you for being part of the solution.

but it’s getting beyond that now.

It doesn’t feel like it to me. When we can have a sitting Vice President who thinks gay marriage is a sign of societal collapse, opposes banning discrimination based on sexual orientation and opposed allowing gay service members to serve openly, all in the 21st century I feel we have some progress to make yet. I haven’t forgotten that even Obama and Clinton thought it best to pretend they opposed gay marriage becoming legal.

I understand. I was following a singer on the current season of The Voice. She was rejected and disowned by her religious family when she came out to them a few years ago. But it seemed she had to mention it every episode and it seemed to be the only source of feeling or passion for her.

I’d like to see more positive role models for obesity, aging and disability.

It’s not a zero sum game. My being represented by positive role models doesn’t keep any other group from getting the attention they need.

It’s not a zero sum game. My being represented by positive role models doesn’t keep any other group from getting the attention they need.

Right on. We can all be portrayed positively without minimizing others. You’re the best, Dusty.

So odd! I still don’t feel like we’ve had the whole story. To me the guest sounds crazy, not the host. But who knows??

I think you had a lucky escape that she didn’t choose your listing instead!

What is really odd is that she ended up in Raymond, ME which really isn’t all that close to @Chloe. I used to teach in Raymond and it is a totally different kind of place: Lakes not ocean, woods not rocky shores, and it is not the “season” yet.

Other than that, it sounds as though these two people should not be sharing a space. Sometimes, there humans just repel from each other.

I agree… The guest sounds like a nut. Her response to his review was way weird and over the top. Also her profile is odd. She is between housing. She doesn’t sound like a good Airbnb guest. Anyone here willing to book this person? I wouldn’t!

No, I wouldn’t host her and I’m liberal about who I host. I accept locals, events, children, even third party bookings.

YES! Being from the UK and having lived in the US for over twenty years, I am still astonished by the prejudice that exists in this country. The stories I could tell…

My sister came out in the UK in 1980. As far as I know she has only experienced one example of real prejudice since that time. I’m happy to say that she is marrying her long-time partner later this year.