Has anyone else been sent something requiring you to readd all your information. 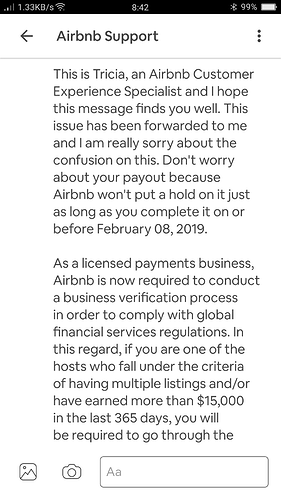 i have many times gotten scam emails like this. Walk away!

Sounds like something to do with Airbnb complying with European standards… Where are you?

Why would they say “I hope this message finds you well”. It looks like someone trying to copy what they think of as normal business speak. In Nigeria in 2003. 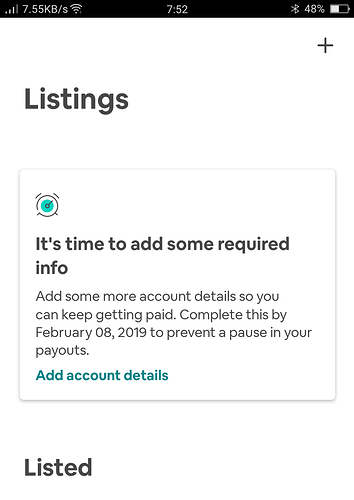 This also shows on my app

So what additional information are they asking of you?

I’m not sure I haven’t clicked on it through the app.
Apparently it’s if you have multiple listings and earn over $15000

Well if it’s legit’ I wouldn’t be too concerned until I saw what it was they were requesting.

They wanted name address and photos of drivers licence and then a selfie
When I signed up I didn’t give them basically anything maybe they are changing things is you sign up now?

I fit this but haven’t been asked yet.

Last year sometime they told me they were going to provide all my payments amounts to the ATO. Maybe they need that for ID or a TFN.

Yes I got that notification last year also.