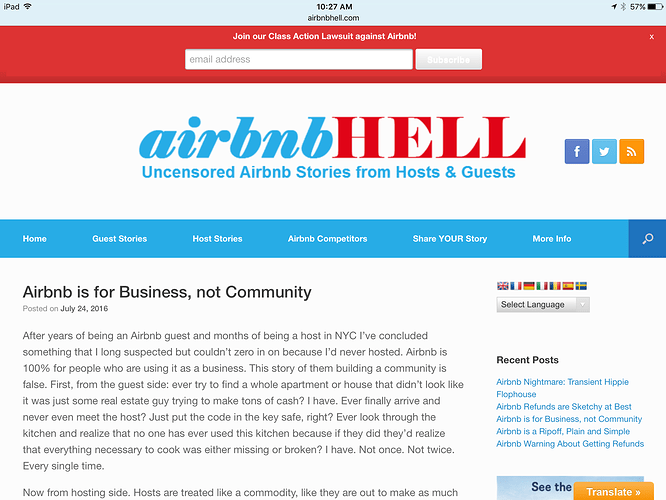 I check out that site from time to time. Most stories are crazy, especially the ones from guests who are inexperienced travellers.

Some of the hosts stories mirror those here. Guest stories seem to favor being scammed by paying or contacting outside the system. They also seem to have a class action lawsuit in process.

I don’t go there because I am perfectly happy with my experiences as a host and guest. I don’t need the equivalent of the Republican Party in my work life.

I don’t understand, have you read the founders reason for the site? Doesn’t seem angry or irrational just a host who got abused by an Airbnb policy about rodents and lost 3k. It’s not all that different than this site although the name certainly suggests a strong bias.

I found that site a few weeks ago and spent about an hour reading the guest horror stories. At least half of them are similar:

“I had planned the vacation of a lifetime \ my wedding \ other special event and was really looking forward to it, I spent $10,000 or some other really high amount for 2 weeks in Europe / Asia / somewhere really far from my home. After my plane landed I got a message saying that my host had cancelled the reservation without any reason and Airbnb refused to refund my money. I was forced to pay 2x, 3x, 10x or whatever to stay at a hotel. Airbnb shouldn’t allow cancellations and the hosts aren’t punished enough!”

Now maybe there are legions of hosts in Europe and Asia who cancel two week bookings for no reason on the day of arrival. Maybe it’s all a big plot by the Hilton group. But I found so many of the stories to be over the top, and it seems like they might have left out one or two really little details about their own behavior?

I was reading the host stories mostly. I found the guest stories to be mostly reprints of stories I had read in the press or similar.

I was reading the host stories mostly.

I’ve mostly read the guests’ stories and it seems that in most cases (the ones I’ve read anyway) they have been scammed by ‘hosts’ who they’ve paid outside Airbnb or they’ve booked at listings that have been taken down because they are illegal.

When I’ve read some of them, I just can’t believe how careless travellers can be.

As I have established in many threads I am not a fawning fan of Air, for sure, but there is something about that site that I find suspect. I can’t put my finger on it. Maybe there is still a part of me that believes in the whole premise of home sharing. I think that From Hell site comes from the premise that is all bullshit and a scam, whereas our discussions still have some enthusiasm for the whole venture, although maybe not as naive as we once were. 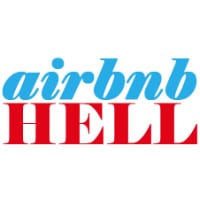 A first time Airbnb guest is a little skeptical when a $45/night listing is posted for a million-dollar home in the mountains of Alabama.

I first heard of the site when Chen/KIKI posted about it. If she likes it, I’m going to stay away. LOL.

I agree with the commenter who said the poster was a dumb as the rocks the house sits on.

Ha ha I hear where you are coming from!