Hello Hosts,
Airbnb settled with the city of San Francisco. The settlement requires Airbnb to submit listings to the city monthly so the city can verify if hosts are registered. Does anyone know if they city will require Airbnb to report bookings as well, or just active listings?
I’ve been registered with the city as long as I’ve been a host. Personally I feel that it’s intrusive and just a way for the hotel lobby to try to squash their competition. But I did it anyway. The city currently limits the number of short-term rental days to something like 60, but obviously many hosts ignore that provision, and it has been unenforceable. Submitting lists of hosts is the first step toward enforcement (and shutting down Airbnb completely) but I’m wondering if I still have more time before the actual rental days are tracked as well.
Will

Airbnb can and probably will start monitoring the number of days hosts book and cut them off at the legal limit. It would be much easier than turning data over to local governments who would then have to commit resources to enforcement.

I imagine they will do the same as they do in London where we have a 90 day limit. Listings get turned off after the limit is reached.

Here is a news story on the development, for those who don’t know.

Being a registered host in SF we are allowed 90 days, we have been registered fro 2+ years and I know the city may have changed the day allowance, but we are allowed 90 days. The settling of this lawsuit is a GOOD THING, and I believe a way for ABB to show that they are working with cities, not against them. From the email, I received this AM the only thing that is changing, is that if you host in SF ABB will validate that you are indeed registered with the city, and if you are not you will not be allowed to host. They even specifically say they will not give out hosts personally info to the city without the consent of the host. I honestly don’t see how this is a bad thing, especially when the alternative is no STR at all.

It’s not necessarily bad, but the obvious next step is for Airbnb to delist as soon as you hit 90 days (as @Zandra says they do in London already). Which basically shuts down the entire full-time Airbnb market. Congratulations, Marriott. 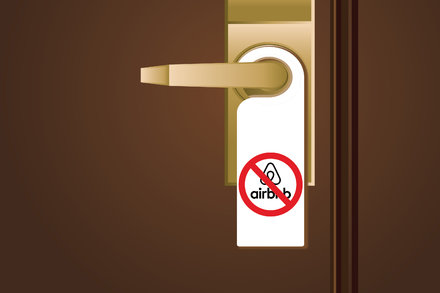 Inside the Hotel Industry’s Plan to Combat Airbnb

The ‘full time’ Air BNB market in SF was shut down as soon as the 20014/15 laws were passed, which honestly is a good thing in cities with a housing crisis like SF. I’m all for ABB (obviously) but I do agree it needs to be regulated, this isn’t the wild wild west, like it was in 2009/10. People in SF were renting apartments just to ABB, not going to lie I thought about doing that, and that behaviour should not be encouraged.

I know first hand that trying to get an afforadable (I say that laughing) LTR is SF right now is almost impossible.

There’s a price war. I don’t know if it can be blamed on Airbnb or multiple factors.

My next question is how long before the surrounding cities catch on to this and start introducing these measures.

Having been a tenant in San Francisco, as well as a landlord, I have seen both sides of the issue. However, the number of full-time airbnb rentals in San Francisco was last estimated as something around 3000. Compared to the total number of units in the city (approximately 400,000), it’s not making a dent. San Francisco has been in a housing crisis since the late 1980s, long before airbnb.
The current law was largely driven by the hotel industry, which sees airbnb as a big threat. It doesn’t hurt that the supervisors can get paid off by the deep pockets of the hotel industry while at the same time claiming to stand up for SF’s beleaguered renters. No matter that every guest who’s stayed in any whole-house airbnb unit this year has paid exactly the same hotel taxes they would have paid staying in an actual hotel.
The previous law around 90 days was widely considered unenforceable since there was no reporting involved. Hence there are lots of full-time units still operating. At least until Airbnb has to start reporting days of occupancy and not just hosts.

The previous law around 90 days was widely considered unenforceable since there was no reporting involved.

You mean the CURRENT law, and yes there is self-reporting, as well as Air BNB now making a hard cap on 90 days for full home rentals. BTW I just checked Air BNB and currently, there are 9000 listings, so I think you may be a touch off. We can agree to disagree.

The current law can be read below, and it is 90 days.
http://www.nolo.com/legal-encyclopedia/overview-airbnb-law-san-francisco.html

You are correct, it’s the current law.
I should have been more specific. Of the 9000 listings, the latest estimate I read was that 3000 are whole-house rentals. Even if half of the listings are whole-house, that’s still only 1% of the total rental market in SF. Much as people would like to believe that there’s a panacea that will magically create thousands more housing units in the city, while leaving the essential character unchanged, it’s not going to happen, and banning Airbnb won’t solve anything. Certainly, there will still be at least 6000 people doing part-time or room rentals, but that’s a fraction of Airbnb’s revenue. I don’t know of any single-room hosts who are reporting their income and withholding SF hotel taxes, which means banning whole-house rentals will be a net tax revenue loss to the city, without improving the housing crisis.

I don’t know of any single-room hosts who are reporting their income and withholding SF hotel taxes,

Pretty sure that Air BNB collects this for you… and also reports your yearly income to IRS and State governments.

Airbnb only collects if you exceed a certain number of guest-nights, or if you exceed a specific dollar amount. I’m not sure of the exact numbers…it’s been discussed on this forum before and it’s on one of their FAQs, but they’re both pretty high. Something like 200 guest nights or $60k in revenue. So most single-room hosts aren’t hitting those triggers and are in theory supposed to withhold and submit hotel taxes. Apparently few do.

I’m sorry but you are wrong. You are confusing Air BNBs policy on sending out 1099s and that of them submitting local taxes.

Air BNB is the only ‘Qualified Website’ according to the SF department of Short Term Rentals and therefore submits taxes on behalf of the ALL hosts. https://www.airbnb.com/help/article/871/san-francisco--ca

Air BNB will NOT send you 1099 unless you are US persons who have earned over $20,000 and had 200+ reservations https://www.airbnb.com/help/article/414/should-i-expect-to-receive-a-tax-form-from-airbnb However, all INCOME is reported to the IRS and State Gov and must be reported or you will get audited.

Yes, even single room hosts who earn $$$ via Air BNB are paying ‘hotel tax’ aks ‘TOT’ and their income is being reported to the IRS and State. @designconsortium2003 correct me if I’m wrong since you are long time ‘single’ room host in SF?

As a long time veteran Host in San Francisco , Airbnb is the only Qualified Website to collect and submit our TOT Taxes (Hotel Tax) . Income Tax is not collected by Airbnb . All Hosts , regardless of size of Listing Must report this income as Passive Income when filing Federal / State taxes . If requested Airbnb will send out tax information to you . Previously it did send out 1099s or had a electronic link to them that you printed out and submitted . In San Francisco we are also required to file quarterly Occupancy Numbers without guest names listing only the nights stayed . This is used to make sure that enough TOT Tax was collected . We report to our office of STR’s which is funded by all Hosts that are registered with the city . We have never withheld TOT taxes or collected them individually , although some Hosts did , but that was a few years back . Airbnb paid all of those . Its not the number of Reservations a Host has but there is a threshold . A Host can have a single guest full time , like a roommate who stays 365 days . I believe its occupancy nights for the year that they count and the total amount of revenue collected . A single Host in SF can make $$$ off of a single room listing . Some Go for $300-$500 per night depending on the time of year and level of quality . Also its thought that there are approx 6000 listings in SF , but only 2000 are registered with the city , but that will now change as of today Airbnb reached an agreement to block any listing in SF that is not registered with the city . So that number could shrink due to the fact that many of those are casual users renting out only 2 weeks or less per year . BTW, we also pay a yearly Business Tax on all of our furnishings in the Home . Its 1% of the current estimated value . So everything a Guest would use during their stay is taxed ! I don’t think they will continue this practice as it cost the Tax assessor office $$$$$ to Collect $$ . I hope this helps . All of the facts can be found on the Airbnb website as @azreala Posted .

Its not monthly reporting , that’s Quarterly Occupancy that is reported 4 times a year to the office of STR’s so that the city can make sure that the TOT collected for each guest stay , regardless of listing type matches the amount payed by Airbnb to SF . The city has had Hosts that have registered with them post the registration on the listing ( didn’t work out as planned ) We just add a picture of it , as before there was a dedicated field to do this for each listing . So there’s that and the Business Lic . STR’s are only limited to a 90 day cap if you do not occupy the unit full time or less then 9 months of the year . Owner occupied has no limit as long as its your primary residence . Rental days are already tracked by the office of STR’s @wjquigs

STR’s are only limited to a 90 day cap if you do not occupy the unit full time or less then 9 months of the year . Owner occupied has no limit as long as its your primary residence .

Correct ! No cap for nights if you are owner occupied unit , meaning you Host guests while you live there or Hosted stay .

I can only tell you that if a host is only allowed to rent for 90 days a yr, many hosts will simply drop out and turn the rental into a yr round rental.90 days is simply not enough income to have to jump through all the hoops of being a host.I would simply shut down completely and the geust is the one who ultimately suffers since quality product is taken off the market as a choice.Or, just rent it 3 months of the yr in the summer and shut down for nine or rent it on a lease for 9 months;(and hope they move out after 9 months!)

Yes, you’re correct. I was confusing withholding with reporting. So it should be revenue-neutral to the city, except that most of the 3000-or so whole-house rentals will probably no longer be part of airbnb at all.